Herbert Aptheker, the pre-eminent Marxist historian of US slavery and long-time leader of the Communist Party USA, fervently argued in a popular lecture that if you wanted to end slavery, you had to end slavery! His point was that before the Civil War many opponents of slavery opted for measures Â ending the slave trade, negotiating with the slave-owners, limiting slavery’s expansion, moralizing, etc. Â that fell far short of simply insisting upon its immediate and complete termination.

For Aptheker, the institution of slavery might have continued for decades, perhaps a century, without the firm determination of the abolitionists Â Garrison, Douglass, and most emphatically, John Brown Â to destroy this violent and morally corrupt practice.

Today, the occupation and aggressive war in Afghanistan offers a similar challenge: if you want to end this war, as 59% of the US people favor, you must end this war!

For anyone true to the passionate resolve of the abolitionists, the recent announcement by President Obama to send an additional 30,000 troops to fight in Afghanistan is an escalation of this imperial adventure that can only be answered with the demand: Stop the war!

Now is not the time to dissect the delusional journey of much of the left that portrayed President Obama as the Pied Piper of progressivism. Surely the works of Obama’s henchmen Â Geithner, Summers, Baucus, and Gates – on the economy, health care and war have aroused the left from this comfortable dream. By any measure, the trajectory of the Administration, admittedly better than that of Bush in some respects, is still fully in step with the interests of Wall Street, corporate board rooms, and imperial designs.

Yet some continue to burrow their heads deeper in the sands. The current issue of The Nation attacks the Senate filibuster as the barrier to progressive change. “A great lie of politics is that all the legislators are ‘bought’ by special interest donors”, the editors proclaim. It is instead this undemocratic tactic that impedes the tide of reform, they say. Perhaps all legislators are not “bought” Â I know of no one who could prove that each and every one of them is “bought” Â but how else do these august liberals explain how the majority of the legislators continually vote and govern contrary to the wishes of their constituents as expressed in poll after poll? Does the filibuster explain the abominable health care bill now under consideration by the Senate? Is the filibuster the obstacle to ending the aggressions in Iraq and Afghanistan?

Of course not. The filibuster issue is merely a lame cover for the corruption and dishonesty of our Democratic legislators. Three years ago our practical and tactically wise liberal friends told us that change would come if we elected a Democratic Administration, a House majority and 60 Democratic Senators. But with no substantial change in sight, it is now the filibuster obstacle. What will be the next lame excuse for disappointment?

Perhaps most appalling in this season of caution and easy self-delusion is the role of the current Communist Party USA leadership.

Faced at the mid-November National Committee meeting with a resolution condemning the Afghanistan occupation and aggression and calling for an “immediate and unconditional withdrawal of all U.S. forces, including military troops, contractors and mercenaries from Afghanistan”, the body deferred consideration of this resolution to a special “enlarged” meeting held on December 2, the day after President Obama’s escalation announcement. At that meeting, the resolution was soundly rejected with only two votes recorded in support. No amendments, clarifications, or adjustments were made to the resolution. It was simply rejected.

This is not the militancy or principle of the twentieth-century CPUSA, a Party that weathered vicious slanders, repression, and physical danger to defend a working class, internationalist perspective. This is not the Party of William Z. Foster, Elizabeth Gurley Flynn, Ben Davis, Claudia Jones, W.E.B. Du Bois, William Patterson, Henry Winston, or Gus Hall. While Chairperson Sam Webb has moved further and further from the Party’s traditions, jettisoning more and more of the principles of Marxism-Leninism, the Party’s leading bodies have remained eerily silent.

Before, one could only wonder if their silence indicated consent or distance. With this shameful vote, they are stripped of their innocence; they must bear the responsibility for staining the Party’s record of unswerving internationalism.

The same could be said for the Party’s economic policy leadership. The on-line People’s World prominently features a December 4, 2009 posting of an article by John Case defending the independence of the Federal Reserve and its leader, Ben Bernanke.

According to Case, “The Fed should get the increased resolution authority it needs to take ownership of failed banks, but it should stay focused on monetary policy, not investment policy, as [Senator] Dodd’s proposal recommends. And Bernanke should stay chair. He has learned much from his mistakes – as could we all.” This is an absurdly naÃ¯ve view of the function of the Federal Reserve, its non-existent “independence,” and Bernanke’s sordid role in funneling public funds to saving banks that are now swollen with reserves, reluctant to lend, paying huge salaries and benefits and embarking again on risky ventures.

Case’s views have polluted economic discussion in CP organs for a long time, bringing a confused, but decidedly conventional Business Week perspective to economic discussions. One might look at this as an oddity, an eccentric indulgence of pretension and arrogance except for the fact that Case’s ranting enjoys the spotlight of CPUSA economic commentary. Some have said that he speaks only for himself, but the silence of others entrusted with CPUSA economic policy says otherwise. If these views Â utterly alien to the working class movement Â stand unaddressed and not refuted in the Party’s public forums, then one must assume that they reflect the views of the leadership, the Economics Commission, and even the membership. To sidestep these responsibilities is to reduce the meaning of Party membership to the level of membership in a country club.

At this critical juncture Â a unique conjunction of political and economic crisis and ill-fated foreign policy Â we desperately need the probing, challenging, and skeptical Â albeit liberal Â voice that The Nation has offered at times in the past.

Nor can we meet these challenges without a bold, battle-hungry Communist Party.

For A Permanent Memorial to the International Brigades 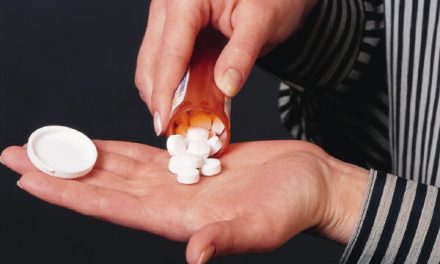 The Pathologies of Capitalism