The CPUSA Constitution (2005) sees the Party as an action organization. It states in Article III Section 3: "a party member shall study and accept the Party Constitution and the party program as determined by the convention, belong to a party club where possible, be willing to carry out its decisions, and pay dues." The Constitution sees democratic centralism as the Party’s supreme organizing principle. It sees Marxism-Leninism as its ideological guide.

But the so called "Membership Proposal" before the expanded National Committee meetingÂ  in mid-April Â presumably to be acted on at that meeting, or at any rate, soon Â states: "… the people want to join, want to pay dues, want to take a stand in agreement with our principles, engage in action, meet like-minded people, learn and be informed." Note: there is no requirement to do political work under Party direction.

Communists didn’t lead the building of the CIO by "meeting like-minded people, learning and being informed." We’re a Communist party, not a Kiwanis Club.

Whether its authors know it or not, this Membership Proposal reproduces, almost word for word, the flabby party-of-an-old-type organizational idea which Lenin, in his day, fought with all his might. He wrote:

The opportunists (Mensheviks) visualized the party very much like the Second International: motley in social composition, yielding in matters of ideology, requiring of its members only the recognition of its program and financial support in the way of membership dues. They were against requiring that a party member belong to one ofÂ  the partyÂ  organizations and take part in its work. (On the Proletarian Party of a New Type.)

What is at stake? The issue of loose versus disciplined Party organization amounts to the difference between, on the one hand, a serious, action organization or, on the other hand, an ineffectual organization headed by talkers, windbags, and blowhards.

We do not favor discipline for its own sake. Our strong and unique form of organization has given our Party respect and admiration among non-Communists because they see us as reliable, dependable, accountable, trustworthy, bold, decisive, quick-acting, unified, self-effacing, and principled.

Thus, not only is the unconstitutional and undemocratic process by which this Membership Proposal is being put forward objectionable, also objectionable is its substance. The Membership Proposal, if adopted, will essentially put an end to the CPUSA as a serious Marxist-Leninist party organized on democratic centralist lines, i.e., a party that can do something, can organize movements, can lead struggles.

The dominant faction of the National Board will be thereafter free to do as it pleases Â to cut loose clubs whose politics remain Communist, to dissolve clubs that protest its misleadership, even to move to a kind of organization that dispenses with grassroots membership altogether. The National Board will be free to revamp the whole organization on whatever lines it chooses. IfÂ  the Membership Proposal goes through, there soon will be no CPUSA; there will be no rules to fight for a restored CPUSA.

Remarkably, the February 12, 2011 email letter to National Committee members pushing the Membership Proposal acknowledges that it is in violation of the Party Constitution "We also recognize that as we are in a time of transition our practices differ from our Constitution in a number of ways."

It’s doubtful that the Party is being "inundated" by new applicants. If, however, people do apply for membership by way of the Internet or through our phone banking, the Party should respond by fulfilling its obligations to provide Marxist-Leninist education to potential members (and current ones). Applicants for membership should provisionally be given copies of the Party Program and Constitution, highlights of the Party’s history, a list of required and recommended readings, and so forth.

In 2011, the present National Board, embracing opportunism, favors the other path.

Are we talkers? Or are we doers? Time to decide. 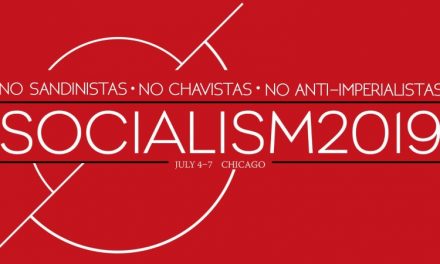 Reflections on Revisionism in the USA