HOUSTON, Texas Â On January 30, 2012, activists and members of the Houston Peace Council converged on the Greek Consulate located at 520 Post Oak Blvd. in an effort to support Steelworkers at the ÂHelleniki Halivourgia.Â The action was peaceful, orderly and disciplined.

The purpose of the action was to support steelworkers who have been on strike since October 31, 2011 and have been met with very harsh, anti-labor tactics employed by the companies for which they work.

The activists met with the Consul, George Papanikolaou, at the Consulate of Greece in Houston. The Consul, Mr. Papanikolaou, was very cordial and businesslike in his approach to the activists. He received a statement of solidarity from the Houston Peace Council with the steelworkers in the industry ÂHelleniki HalivourgiaÂ and reminded us that there are many other strikes ongoing in Greece now. He expressed appreciation for the activistÂs sensitivities to the current situation in Greece.

The statement of solidarity was presented to the Greek Consulate by Walter Tillow on behalf of the Houston Peace Council.

Following is the statement of solidarity:

The Houston Peace Council wants to express our solidarity with the struggle of the 400 workers in the Greek Steel-Industry ÂHelleniki HalivourgiaÂ who have been on strike since October 31, 2011, despite the blackmails and the lay-offs perpetrated by the corporate owners.

Greece is in the middle of a major sovereign debt crisis. The state borrowed in order to serve corporate greed and now the workers are called to pay.

The struggle of these Greek steelworkers is a struggle for their own labor rights and for the sake of their own families. Their struggle is for the benefit of the 750 workers who work under the same company in other industries. It is a struggle in the name of all Greek workers against the new barbaric anti-labor attack which was started by this company in the name of all the Greek plutocrats. The company wants to force the workers to work a 5-hour work day for 500 euros per month. This amounts to starvation wages for Greek workers.

The 400 steelworkers have been conducting a united struggle against a company that demanded, while laying off 18 workers, that workers accept new payment regulations and new working hours. The company declared that if the workers did not comply, a total of 180 workers would be fired.

From the first moment this attack started, the All-Workers Militant Front (PAME) was on the side of the workers. PAME organized very wide and unprecedented expressions of moral and practical solidarity by the trade union organizations, peasants, women, youth and student organizations, working people and the other popular strata in solidarity strikes, demonstrations and other initiatives in Greece.

The Houston Peace Council demands the end of this brutal anti-labor attack by the owners of ÂHelleniki HalivourgiaÂ and the immediate satisfaction of the steelworkerÂs demands.

Houston is the busiest port in the United States in terms of foreign tonnage, second-busiest in the United States in terms of overall tonnage, and thirteenth-busiest in the world. Some 32% of the trade volume passing through the Port of Houston comes from Europe and much of that comes from Greece. Houston is the fourth largest city in the USA. Houston workers are aware of the hardships their brothers and sisters in Greece endure as a result of the injustices they suffer.

We want to wholeheartedly express our solidarity with the struggle of the workers of ÂHelleniki Halivourgia.Â
Greek workers make the country run! Greek workers can run the country! 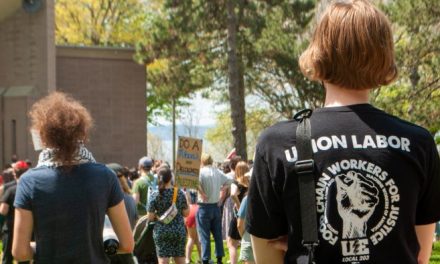 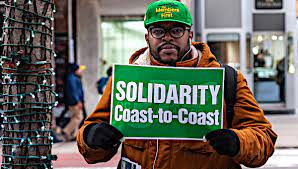 How Unions Are Backing BDS 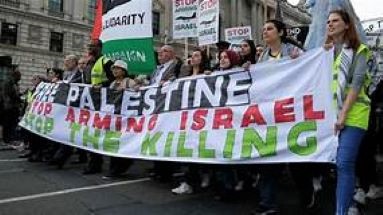