How the US Uses and Abuses Migration from Cuba and Elsewhere 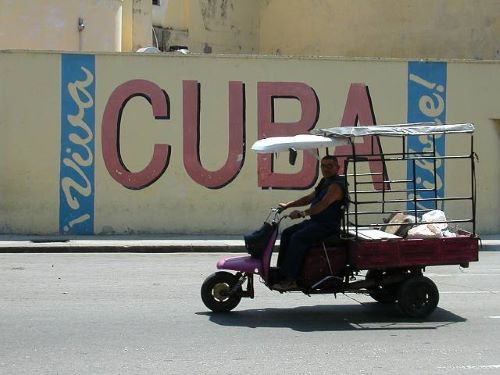 Presently 3.6% of the world’s people live in a country other than their own. They move to escape wars, oppression, poverty, hunger, climate-change effects, or to find new work, or because they were forced to move. The story is also about nations weaponizing or exploiting migration.

After a decade or so of relatively few Cubans arriving in the United States, their numbers are up. Between 2018 and 2021, some 2,000 Cubans emigrated to the United States. But in January almost 15,000 Cubans crossed the U.S. southern border; the daily average in February was 1500. U.S. border officials are seeing “a twelvefold increase over 2020,” according to the Washington Post.

Contributing to migration is the increasingly dismal state of Cuba’s economy. At work has been U.S. economic blockade, fallout from the Covid-19 pandemic, and unresolved domestic issues including: inflation, corruption, cumbersome implementation of reforms, shortfalls in domestic food production, and fallout from converting two currencies into one.

U.S. officials deported only 20 arriving Cubans in the past five months, and only 95 during 2021. That’s because Cuban immigrants arriving without papers are privileged, thanks to the 1966 Cuban Adjustment Act (CAA).  That law enables unauthorized Cuban migrants automatically to gain permanent residence after a stay of two years, which in 1976 became one year. By contrast, non-Cuban arrivals have to apply for permanent residence and then wait.

President Obama in January 2017 repealed an administrative regulation allowing those Cuban migrants who entered the United States after sea-travel to stay, while sending Cubans apprehended at sea back to Cuba. No longer could Cubans arriving by water remain. Migrants reacted by resorting to the arduous Central American land route to the U.S. border.

When the migrants of other countries travel that route, cross the border, and are apprehended, they are either quickly deported, allowed to wait in Mexico or in immigration prisons for asylum decisions, or are released to await court appointments.  By contrast, Cubans crossing the border usually gain so-called “humanitarian parole” and are released. Or they are released after brief detentions to await immigration-court rulings on asylum requests. After a year they become eligible for permanent residence, as per the CAA.

The CAA-mediated enticement of early permanent residence has served the U.S. purpose of encouraging a flood of Cuban immigrants who, by fleeing, are living proof of alleged Communist oppression. Maybe the purpose of a relatively relaxed treatment of a new generation of Cuban migrants, who also arrive after great travail, is to revive that salutary example of escape from Communism.

But paradoxically, the U.S. government acts also as if to impede travel by Cubans to the United States. as if to keep them away.   For example, the U.S. government in 2017 removed personnel from its Embassy in Havana. This was in response to the neurologic syndrome, still unexplained, that afflicted diplomats stationed there. Doing so, the State Department deprived Cubans of consular services needed for legal travel to the United States.

They’ve been forced to visit U.S. embassies elsewhere to obtain entry visas, in Bogota, Colombia and in Guyana.  The travel costs are prohibitive for most travelers. The U.S. government indicated in March that its Havana Embassy would soon be processing visas for entry into the United States, but only for parents of U.S. citizens.

Cubans without papers who want to reach the U.S. border via the Central American land route must start their trek in a country not requiring an entry visa. Now Nicaragua remains as the only visa-free country for Cubans. That’s because Panama, Colombia, and Costa Rica recently began demanding them, possibly at the behest of the U.S. government.

Why does the U.S. government try to keep Cubans away from the United States even as it encourages them to establish permanent residence? Maybe officials want to show off the difficulties Cubans put up with so as to highlight Cubans’ ardor to leave a country that, in the official U.S. version, is troubled and oppressive.  Or maybe they want distressed Cuban to remain at home so they will end up joining destabilization campaigns there.

But U.S. unease does prevail over the possibility of large numbers of Cuban migrants arriving and overwhelming U.S. abilities to absorb them.  Tens of thousands of Cubans did present that still-remembered threat as they departed for the United States via the “Mariel boatlift” (1980) and the “Cuban rafter crisis” (1994).

One aspect of Cuban migration is shared with worldwide migration patterns, as explained by Cuban scientist and close political observer Agustín Lage.  In regard to increasing Cuban emigration to the United States, Lage emphasizes “the emigration of young people with university education.”

That phenomenon reflects “changing migratory processes during the twentieth century” that affect economies and jeopardize “states with compromised social and economic development.” He is alluding to underdeveloped societies in the Global South and presumably to the legions of scientists and physicians Cuba has prepared over many years. They are “human capital” and are a major resource for Cuba’s economy.

Lage points out that immigrants of the “professional” classes entering the United States have increased from 3% in 1930 to 40% now, at which point most have been educated in Asia and Latin America. One third of all scientists prepared in the under-developed world now live in developed nations.  What’s crucial is that “the segment of migrants with a university education grows more rapidly than the quantity of migrants in general.”

The United States is the “principal beneficiary of this migratory flow.”  Of all scientists who emigrated from under-developed countries, 76% are in the United States. Lage cites U.S. legislation favoring migrants with “academic degrees” as indicative of U.S. purpose.

“The countries of the South invest in the formation of human capital. But part of that human capital emigrates.” Economies in the North gain “value-added” benefit. Underdeveloped countries lose twice. They pay the cost of educating qualified people who leave and pay for “high-technology products they must import,” and which represent “an undeniable contribution from those same migrants.”

For Lage, the United States shapes immigration policies according to economic self-interest and readily subjects the needs of lesser countries to its own requirements. Clearly, U.S. manipulation of Cuban migration for counter-revolutionary purposes is in the same vein.

Lagos concludes: “Against us has been operating economic aggression for more than six decades that has affected the population’s material living conditions. In any historical moment and in any place on the planet, prolonged economic difficulties have given rise to migratory pressures. And Cuba is on this planet.

“But our history and our culture are in our favor. The Cuban national consciousness is the basis for our capacity of resistance. Our culture and our history are deeply rooted here and also in the consciousness of Cubans who don’t live here.”  Nevertheless, “our project of a socialist society, one ‘with all and for the good of all’ (Jose Marti’s words), is at real risk.  We must not underestimate that.”

-W.T. Whitney Jr. is a retired pediatrician and political journalist living in Maine.

This article first appeared in Counterpunch.