Speech delivered by Venezuelan President Hugo Chavez on August 13 to representatives of the delegations from 144 countries to the 16th World Federation of Democratic Youth festival held in Caracas from August 8-15, 2005. This speech, delivered to youth leaders from around the world, raises similar themes that Chavez forcibly repeated during a series of speeches to festival participants. The speech was translated by Federico Fuentes, representative of the Australian delegation and leader of socialist youth organisation Resistance.

Afterwards, years after, Rosa Luxemburg also thought of this issue with the understanding that some day, at some moment in the not so immediate future, human beings would see ourselves in a future moment, confronted with a crossroad which would urge us to make a collective decision, a decision to change the social order to save life on this planet, to achieve survival, social progress and equality, and what is for many utopia, or on the contrary, confronted with this dilemma, this crossroad, not being capable of make real changes, we would allow the end of life on this planet, the actually survival of our species.

So, Karl Marx could reflect, think and write looking towards a distance future, a century, the same could be said of Rosa Luxemburg?… but for us it can’t. The circumstances have changed terribly. The situation today is radically different. We don’t have centuries in front of us, it could be decades at jost that are left for the peoples of this planet to make a decision. Or we really change the social and economic order, we give real form, viability and outlet for socialism, we say now a new, renovated socialism of the 21st century, or we decide that life finishes on this planet. We no longer have the long time that Karl Marx had, or any other fighter of that era.

This reflection is something I feel deep in my heart because of my profound conviction that the planet is being degraded more and more everyday, and that life on this planet is under threat. Because of this today more that every the dilemma has return with much more force, socialism or barbarism. I believe it is time that we take up with courage and clarity a political, social, collective and ideological offensive across the world. A real offensive that permits us to move progressively, over the next years, the next decades, leaving behind the perverse, destructive, destroyer, capitalist model and go forward in constructing the socialist model to avoid barbarism and beyond that the annihilation of life on this planet. I believe this idea has a strong connection with reality. I don’t think we have much time. Fidel Castro said in one of his speeches I read not so long ago, "tomorrow could be too late, let’s do now what we need to do." I don’t believe that this is an exaggeration. The planet will disintegrate, society will disintegrate, the environment is suffering damage that could be irreversible, global warming, the greenhouse effect, the melting of the polar ice caps, the rising sea level, hurricanes, the terrible social occurrences that have shaken life on this planet.

Comrades, that is why I believe that in all the history of the World Festival of Youth and Students, which already has nearly 60 years, the World Federation of Democratic youth is 60 years old and the festival has 58 years. I believe that never before has it been necessary that the festival, this festival, our festival, does not finish the day of the closing ceremony, but rather that the festival is the beginning of a new stage of conformation, of impulsion of a powerful global movement, or of strengthening, because it already exists, giving it an overall orientation in each continent, region, subregion, bringing closer together the social movements, political movements, movements for transformation, revolutionary movements, workers, the working class, indigenous peoples, students, youth, women, thinkers, intellectuals, all of us to grow in strength. This same preoccupation, this same anguish, this same idea I transmitted last December during two significant events in Caracas. At the gathering of Artists and Intellectuals in Defence of Humanity, I commented to my friends that we can not discuss for 100 years more, we can’t spend much time debating. The debate must be permanent, but action must also be permanent. Debate must be accompanied by action and that action as according to the dialectic, must permanently feed into the debate.

It is the moment of offensive, of the masses, of struggle, of battle. It is a new moment we have now and we don’t know if we will have another moment later, we don’t know if we will have time. I believe there is not enough time to wait 50 years for another moment so advantageous like this one to advance in the global struggle against imperialism, against imperialist hegemony and for the creation of new paths, the opening of new paths.

I was also spoke at the other event to the friends of the Congress of the Bolivarian Peoples, where I proposed the creation of a type of co-ordination, a commission, a group however we want to call it, that dedicates itself to articulating itself with movements of the whole world to initiate actions, design uniting schemes, strategies for the whole world. I have to say I am not happy with the results, yet this festival is a marvellous opportunity to insist on this point. At the World Social Forum in Porto Alegre, I once again planted this idea, because I have felt that in these events there is debate and debate and debate, sometimes there aren’t even conclusions. We spend 5 days, 8 days of much happiness, meetings, hugs, but this world is under threat! We can’t spend 50 more years like this, there won’t be a world in 50 years if we don’t stop in some way the beast that is devouring the planet and life on it?.

We don’t have much time in front of us, we don’t have time to lose, and hopefully something will come out from this encounter. I am at your service to help in whatever way we can in this direction, all of Venezuela is at your service to continue the process everyday, without rest, this process of discussion, ideas, proposals, struggle and of battle, and so as to not only see each other at festivals every four years or every time there is a meeting of the G8 in some place where some groups go to protest. That is not enough! We need to be at it everyday and every night, or we save the world or we allow the world to be uprooted.

I remember that when I was in prison, I read an interview by Commandante Tomas Borge with Fidel Castro from 1989-90. In the midst of the collapse of the Soviet Union, in the midst of the collapse of the socialist camp. In this interview Fidel, in the middle of this darkness, it seems he could see a light and he said that soon there would be a new wave of the peoples. He referred to Latin America in particular but it is a wave across the world. And it is this precisely, that is another characteristic of the moment we are living. This characteristic, friends, comrades, could be a potential for change that we need to take advantage of.

We are faced with a new threat; we don’t have time to lose. We need to arm ourselves from now with a spirit of the offensive, enough of being defensive, the best defence is attack! All the military strategies indicate that a war is never won on the defensive, you can pass to the defence to win time, this is valid in military wars, political wars and including in relationships this is valid?

Only on the offensive do you win the war, do you win the combat. What is necessary is to know how to utilize the moment, it is necessary to evaluate and create conditions. According to my criteria, we are in a moment for an offensive, we need to unleash it at a world level. I believe it has been unleashed, we need to orientate it, co-ordinate it better and we will have much better results, hopefully more sooner than we expect.

I said earlier today in Teresa Carreno (theatre), you have to reproduce yourselves. No young person from any part of the world who has come?can get back and unpack their luggage and take up their particular lives, their study, their family. No, those that did that would be betraying the spirit of the festival. You have to get there to reproduce yourself, to grow and multiply.

The success of this festival will not be measured here in Caracas, we will see tomorrow or the day after if this festival has been useful for something, or better said if it is successful, because it has been useful for many things. For this festival, from my point of view, to say that this festival was successful, tomorrow or the day after we need to prove that it was had an impact over there in the four winds of the five continents. An impact felt with the offensive of the youth, who battle for the future because the future, said Che, belongs to us. Today we have to say that it, the future, belongs to you. 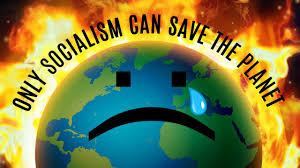