I have read The New York Review of Books off and on for forty years. Generally, I take it to be an easy way to follow trends in US liberal thinking. It stands as a bridge between prominent academics and a self-conscious educated, elite class. For some, it is the source for the last word in cocktail party discussions. For others, it is a channel to drift arcane, scholarly controversies towards a larger audience

Throughout the forty years, the publication has sustained a narrow ideological range of centrist liberal thought Â one conjures a picture of a reader ready to defend the Volvo, The New York Times, and the travel agency against all threats, foreign and domestic.

Running through those forty years like a thick thread is a relentless, rabid streak of anti-Communism. Early on, Robert Conquest railed against the evils of the Soviet Empire, supported by academics of the same Hoover Institute ilk. This surely didn’t separate the NYRB from the many other publications favored by liberal elites.

Later, with dÃ©tente softening the Cold War hysteria, the NYRB continued to hold to a hard-line, "Scoop" Jackson version of Soviet-US relations, taking up the cause of Soviet Jews and other "dissidents."

Similarly, those who rejected the "revisionist" US historians – historians who had taken a more measured, less demonizing view of the Communist Party USA – always found a willing partner in the NYRB.

With the departure of the Soviet Union, liberal attention turned away from the Red threat, only to find a new demon to flog in Islamic fundamentalism. Yet throughout the post-Soviet era, the NYRB continued to pound away at anything even vaguely associated with socialism or Communism.

Venezuela came in for its share of battering. And of course, Cuba stayed solidly in the cross-hairs of the NYRB stable of writers. The most signal accomplishment of the NYRB in this period was to help elevate an obscure anti-Soviet academic, Anne Applebaum, into a prominent public intellectual devoted to the NYRB anti-Communist mission, a worthy successor to Robert Conquest.

The weapon of choice in attacking everything Soviet or Communist was and is the puffed up, self-righteous liberal ideological pillar: human rights. With US legal segregation removed in the third quarter of the 20th century, the last formal contradiction with 18th century bourgeois rights theory was removed as a thorn in the side of US liberalism.

Finally, North Americans and their European friends could, without naked hypocrisy, tout the two-hundred-year-old doctrines that closed the door on feudalism and opened the way for the capitalist order. While new, expanded versions of human rights doctrine were proposed Â versions that reflected new concerns, deprivations, and oppressions identified since the 18th century Â most US liberals cling to the narrow interpretations constructed with the rise of a comfortable, cosmopolitan bourgeois class and its aspirants. Not surprisingly, the rights recognized by liberals are precisely the rights that they find most useful in their own pursuit of happiness.

Human rights organizations and campaigns exploded with the course of the Cold War and its aftermath. Nearly all reflected a naÃ¯ve cultural crudeness and historical myopia, imposing standards on others that ignored historically and culturally shaped practices enjoying popular support or consensus. Many, if not most, received overt or covert support from Western governments that shaped the focus and intensity of their human rights campaigns. Neither the will of the people nor the taint of government manipulation was daunting to these campaigns.

The human rights organization favored by The New York Review of Books is Human Rights Watch, an organization that grew out of Helsinki Watch, the old Cold Warrior set up to ferret out human rights violations in the Soviet Union. Today, enjoying a generous $44 million budget, with nearly all revenue coming from the US and Western Europe, the organization has offices throughout the world and generous salaries for its directors. Its deputy director for the Americas, Daniel Wilkinson, was thrown out of Venezuela some years ago for aiding the foreign policy initiatives of the Bush administration.

In a recent article in NYRB entitled "The New Challenge to Repressive Cuba," Wilkinson takes up the cause of Cuban bloggers who, by his account, are challenging "repressive" Cuba. But where are they mounting this challenge, since he concedes that few in Cuba read the blogs? Clearly, their audience is drawn from those who follow the bloggers in the US and Western Europe, those likely to draw a negative opinion of Cuban life apart from any direct exposure to the facts.

There is not even a feeble attempt in the article to substantiate the picture drawn by "dissident" bloggers. Their claims stand as unvarnished "truths." It would be as though a human rights campaign were mounted solely on the basis of the blogs of our own hysterical tea-baggers. In reality, Wilkinson presents not a report on Cuban conditions, but second- and third-hand anecdotes of those in opposition to the Cuban system. This is the work of a politically driven prosecutor and not an unbiased human rights advocate.

And who are the bloggers? Only those who write critically of the Cuban government are worthy of his attention. While he claims that there are over a hundred "unauthorized" bloggers operating from Cuba, Wilkinson only shows interest in the "at least two dozen who are openly critical of the government." The remainder remain voiceless and their opinions are ignored. Wilkinson, like most of the corporate media, focuses on Cuba’s celebrity dissident, Yoani Sanchez, known as Generation Y. With the help of US and Western European media attention, Sanchez has established a huge following outside of Cuba, estimated by Wilkinson at a million visitors a month; her blog is translated into fifteen languages.

It is not unlikely that Sanchez has a greater media exposure Â a wider range of influence Â outside Cuba than any Cuban "official" publication. Wilkinson (or Sanchez) never ask or explain how this could be or what this means. But surely Â short of divine intervention Â such a following is not possible without the overt or covert help of others of more than modest means. Only the most gullible would not suspect the hand of those committed to changing the socialist governance of Cuba. It is one thing to stand in open opposition to the Cuban government and quite another to hypocritically hide behind a posture of unbiased support for human rights.

To many of us, especially those of us blogging critically of our own government, the celebrity of the handful of Cuban bloggers so often hailed by the human rights establishment stands in sharp relief to our own lack of attention from those same advocates. They seem to have a profound blindness to the criticisms and human rights violations voiced on thousands of blogs in the US and Western Europe.

Those same advocates fail to acknowledge the marginalization of opinion by a monopoly capitalist media as de facto censorship in the US and Western Europe. Moreover, our experience with this de facto censorship teaches that one does not become an overnight, world-wide media sensation without the help of a hidden hand.

Lurking in the shadows of the Wilkinson assault on "repressive" Cuba is the conceit of great-power chauvinism. Wilkinson willfully underplays the material shortcomings of a tiny island country saddled with a blockade that has hindered its development and a legacy only fifty years free from the most exploitative of colonial relations with the US. While the Cuban government has readily admitted that it lacks the means to bring its citizens fully into the Internet era, Wilkinson seeks to add this shortcoming to the human rights balance sheet.

One can only marvel at a "human rights" advocate who so cavalierly poses the interests of an admitted "at least two dozen" bloggers before the will and interests of the Cuban people. Do they share Wilkinson’s and the bloggers’ views? We do not know. Not only because our government will not let us travel there, but also because Wilkinson never bothers to ask them.

It is possible Â I believe it is extremely likely Â that most Cubans are not only content with, but energetically supportive of, their government. This most basic of human rights Âthe right to have a government legitimized by popular consent Â seems to elude the deputy director of Americas Watch. No doubt he scoffs at any popular government that does not agree with his own narrow vision of procedural democracy. Political diversity does not appear to be an element of Wilkinson’s notion of human rights.

There is no mention in Wilkinson’s article of the generous budget set aside by the US Congress (not to mention the secret and quasi-governmental budgets) for the express purpose of overthrowing the Cuban government. There is no comment on the activities of the US Interest Section in Havana directed towards fomenting and subsidizing opposition.

One would never know that many of the so-called "political prisoners" were prosecuted for acts that any judicial system would count as acting to overthrow the government and in the interest of a foreign power. In Wilkinson’s eyes, they are political prisoners. And yet, he cannot even mention the plight of the five Cuban patriots judicially railroaded in the US for acts that would be hailed by any true human rights advocate as thwarting terrorism. Hypocrisy on stilts…

Wilkinson ends his "challenge" to Cuba with a truly pathetic paean to the iPhone attributed to Yoani Sanchez, Generation Y: "I had the desperate desire to grab [the Spanish journalist’s] iPhone and run off with it to hide in my room and surf all the sites blocked on the national networks. For a second, I wanted to keep it so I could enter my own blog…"

If this is the cutting edge of the struggle for human rights, it is no wonder that they ran Wilkinson out of Venezuela. 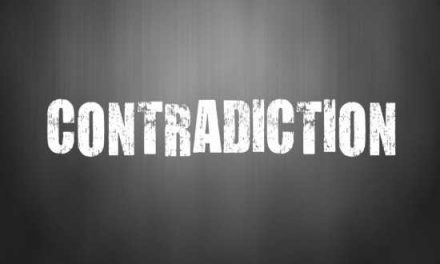