We have a matching fund of $5000 for Hurricane Irma relief MEDICC [Medical Education Cooperation with Cuba] donations to Cuba. Not only is every dollar you give doubled by us, but on top of that, MEDICC doubles donations itself, through the end of this year, so that every dollar you give becomes four dollars. If we can meet our match of $5000, then in total, $20,000 will be sent to Cuba.Hurricane Irma was the first Category 5 hurricane to hit Cuba since 1952. Yet this has not stopped the US blockaded country of Cuba from sending aid and medical professions to neighboring countries devastated by the hurricanes. Let us respond in the spirit of solidarity that Cuba so exemplifies to the world.You may write a check payable to “MEDICC,” and mail your check to:

Cuban Foreign Minister Bruno Rodríguez, speaking in the UN this Monday, September 18, noted that the island is advancing in its recovery following the devastating impact of Hurricane Irma, and will not abandon any of those people affected to their own fate.
“The fruits of years of intense work by our people were erased by Irma in just a few hours. But the hurricane did not break Cubans’ spirit of resistance,” Rodríguez stressed in a UN General Assembly event on Hurricane Irma,to address the consequences in the Caribbean region and recovery efforts.
Rodríguez recalled the recent words of President Raúl Castro, who referring to the damages caused by Irma emphasized that the Cuban people are “regenerated with every adversity.”
“As it has always been throughout the Cuban Revolution, all necessary resources will be used to ensure that no one is left defenseless,” he added.
The diplomat took the opportunity “to thank the numerous demonstrations of solidarity and offers of assistance received from numerous governments, parliaments, international organizations and civil society.”
“The hurricane battered Cuba for more than 72 hours, in particular it struck almost all of the north of the country.
“Virtually no territory of the archipelago was spared its effects. Despite the huge prevention measures taken, we suffered the loss of ten lives,” he stated.
Rodríguez also expressed condolences to all the countries and territories affected by the hurricane and ratified Cuba’s willingness to “cooperate within our modest possibilities with the sisterly peoples affected by the hurricane.”
The Cuban Foreign Minister urged the international community to mobilize aid to the Caribbean region, prioritizing those states and territories that, due to their small size, population and limited recovery capabilities, will face the greatest challenges.
He noted that phenomena such as Irma demonstrate the importance of confronting climate change, under the principles of common but differentiated responsibilities, and in particular the need for special and differential treatment of Small Island States, such as the sister nations of Cuba that were seriously affected.
http://en.granma.cu/cuba/2017-09-19/cuba-will-use-all-available-resources-to-ensure-that-no-person-is-left-defenseless 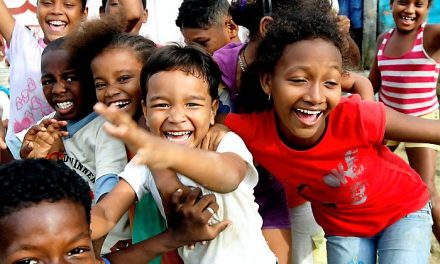