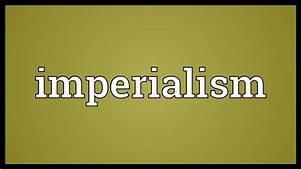 The war in Ukraine has surfaced many of the ideological weaknesses of the left, including the Marxist-friendly, pro-socialist left. With the decline of many Communist Parties and the fascination of so-called “Western Marxism” and the few remaining academic Marx scholars with rethinking, reimagining, or otherwise reinventing Marxism, it is no wonder that today’s Marxist “theory” often seems to lack a mooring in either precedent theory or actual practice. This weakness is apparent in the writing and thinking on imperialism of many friends and comrades, including in their views on the Ukrainian conflict.

In March, I argued that debates over whether Russia– a belligerent in the war in Ukraine– was an imperialist country were neither productive of any useful conclusions nor sanctioned by an understanding of V.I. Lenin’s account of imperialism as expressed in his influential pamphlet, Imperialism: The Highest Stage of Capitalism.

Rather than describing a club of wealthy states that met a strictest of membership criteria, Lenin sought to explain a stage of capitalism that emerged after the extensive, expansive, competitive growth of capitalism reached its zenith and began to be replaced with intensive, concentrated growth typified by the monopolization or cartelization of industries.

The new stage, beginning in the 1870s, sprang from the logic of capitalism, most importantly the rise of monopoly, the domination of the economy by extremely large enterprises: “…the formation of international capitalist monopolies which share the world among themselves.”

Lenin enumerates other features of the new stage– imperialism– including the complete division of the world “among the greatest capitalist powers…” For Lenin, writing in 1916, and others like John Hobson, Rosa Luxemburg, and Rudolf Hilferding, the world was divided into the greatest capitalist powers [the colonizers], the semi-colonies, and the colonies.

No one in Lenin’s time seriously questioned that the late-nineteenth century saw a rapidly completing division of the world, especially Africa, with tensions growing enormously between the “great powers” over their territorial acquisitions. This was commonly dubbed the “new imperialism” to separate it from the earlier empires constructed in the inappropriately named “age of discovery,” a time when Britain, France, Spain, Portugal, and the Netherlands conquered the new world.

In Hobson’s famous 1902 study, Imperialism, A Study, he documents 38 distinct regions in Asia, Africa, and even Europe that were “acquired” by a European Power between 1871 and 1901.

He also charts 13 Great Powers, 3 of which are non-European, and one– Russia– that is Euro-Asian, all of which held over half a billion people in colonial subjugation.

By 1916, Lenin additionally noted the rise of Japan into a great power, a country that defeated Russia in the interim and acquired Korea and other lands.

Where Hobson counted China and Turkey as great powers with colonies, Lenin viewed them (and Persia) as semi-colonies because they were nominally “independent” but “subordinate” to the dictates of finance capital. It is well worth noting that this status– specified by Lenin in 1916– became the dominant form of imperialism in the post-colonial era. What we might call “neo-colonies,” following Nkrumah, were called “semi-colonies” by Lenin. Imperialism today is determined by the dominance of economic and financial relations and more rarely by out-and-out subjugation and physical occupation.

It is even more noteworthy that the semi-colonial countries in 1916– Turkey, China, and Persia– themselves held colonies. That is, they participated in the imperialist system as both colonies (by means of their economic domination by greater powers) and as small-time colonizers. Lenin does not paint a simple, naive picture of solely state-victims and state-victimizers. Instead, the victimizer is capitalism in its final, imperialist stage. It is the system that generates the international monopolies that drive their home countries to expand and capture markets, secure the safety of capital export, and guarantee the availability of raw materials. Capitalism is the driving force behind the various states’ division of the world, according to Lenin.

Lenin’s contemporary critics debated on two fronts. First, they took issue with the theorem that imperialism was fundamentally based upon economic factors. Rather than economic self-interest, they suggested that imperialism sprang from national aggrandizement, innate human instincts, personalities, global insecurities, missionary zeal, etc.

Second, they disagreed that imperialism was linked to capitalism. And if it was linked, it was not intrinsically linked, as Lenin argued, and not a logical outcome of a specific stage of capitalism.

Joseph Schumpeter, later a prominent professor of economics at Harvard University, wrote an essay in 1919 that argued, contra Lenin, that capitalism, in fact, was actually antagonistic to imperialism– capitalism as anti-imperialism! Paradoxically, this obscure paper was edited by socialist Paul Sweezy and republished in English in 1951 (Imperialism and Social Classes) in the high Cold War and the beginnings of rapid decolonization, no doubt as an answer to Leninism.

Bourgeois academic apologists for capitalism clearly saw, and see today, that the essence of Lenin’s theory of imperialism is that capitalism, in its monopoly stage, breeds imperialism. They grasp that the force of Lenin’s argument is directed at the economic system of capitalism and not at providing a criterion for states to gain membership in the imperialist club.

It is commonplace for liberals to attack the link between economic self-interest, capitalism, and imperialism by pointing out that individual empire-hungry nation-states participated in the imperialist system in spite of their economic shortcomings. For example, the once-prominent professor and economic advisor, Eugene Staley, writing in 1935, noted that Tsarist Russia, once a great predatory power by everyone’s estimate, “had no ‘surplus capital’ in any reasonable sense of that term; Russia had very little capital at all and borrowed heavily from abroad.” (War and the Private Investor. A Study in the Relation of International Politics and International Private Investment).

Yet, some comrades and friends try to enlist Lenin’s writings in support of Russian Exceptionalism. For the most part, they do not deny that Russia is a capitalist country. Nor do they deny that Russian capital has international objectives and global interests. Nor can they deny that in the short time since the demise of the Soviet Union, Russian capital has become remarkably concentrated.

Smith and McGill believe that relative economic backwardness disqualifies a state, even a capitalist state, from imperialism. But as the liberal, Eugene Staley, showed, Tsarist Russia– though a paragon of great power imperialism by everyone’s estimation– nonetheless, fails to measure up to those same features that Smith and McGill mistakenly believe define state-driven imperialism. A great power in the imperialist system need not be an economic great power to pursue imperialist ends. Moreover, ascribing this view to Lenin does a disservice to his views as expressed in Imperialism. Calling out “imperialist” countries by name was not Lenin’s project.

The tendency to see Russia as a non-participant in the imperialist game is somewhat understandable, but, mistaken. Russia has, in recent years, commendably resisted US imperialism, sided with others resisting US imperialism, and offered aid to victims of US imperialism. But one would expect a rival great power to resist another great power and seek allies.

Neither Lenin’s analysis nor the events-of-the-day support a case for Russian exceptionalism. Andrew Murray, in a recent letter to the UK’s Morning Star (August 20), underscores the point succinctly:

[Lenin] wrote that “in its essence imperialism is monopoly capitalism.” It was not necessary for a state to be “advanced” to be under monopoly control. That was the case in the tsarist empire of Lenin’s time – definitely backward and replete with feudal hangovers, but also definitely imperialist.

Capitalism in Russia had developed late and fast on a monopoly basis. To assert that “Russia is not and never was an imperialist state” to Lenin flies in the face of his writings.

Is today’s Russia monopoly capitalist? Comrades seeking to deny that Russia is imperialist never offer a political economy of the country for fear of what they might find.

In fact, Russian capitalism is monopolist to a very high degree, with a huge percentage of key industries and banking in the hands of a very few oligarchic groups. Again, this despite the country’s relative backwardness. A later-arriving capitalist power, as it was in the 19th century, Russian monopoly is driven by the demands of competition, nationally and globally.
So Russia is a monopoly capitalist regime with a leader who seeks to emulate Peter the Great and who denies the principle of self-determination. If it walks like a duck and quacks like a duck, it might actually be a duck.

Whatever kind of a “duck” Russia may be, it has not escaped the dangerous capitalist game of great-power rivalry. That is the point that should not be lost. 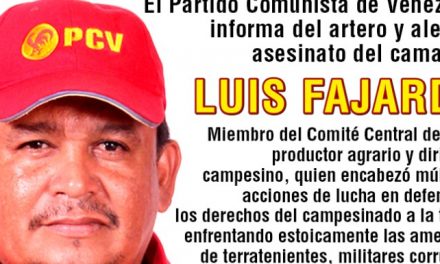 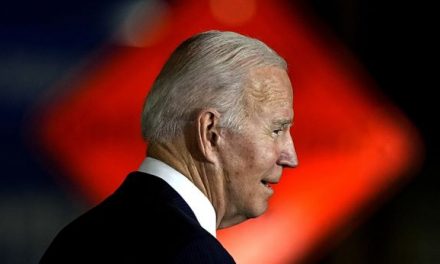 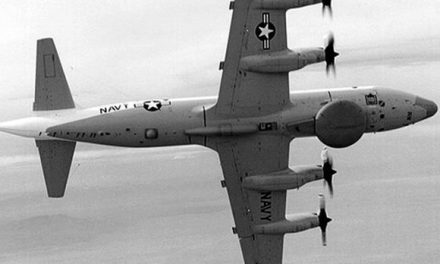 What of the self-determination of Donbass? Not a peep about Donbass in that whole piece…. By ignoring the people of Donbass and their aspirations you support the Western contention that this conflict is solely about “Putin’s imperialism’. Likewise by ignoring NATO expansionism, surely an issue of national self defense for Russia. And by ignoring all OSCE data on the days leading up to Feb 24 you would leave Donbass to the tender mercy of a full blown Ukrainian onslaught. No serious leftist has any love for Putin or the oligarchic regime in Russia(which is in truth just a cruder version… Read more »

i don’t go so far as to say russia is just cruder in a same political economic sense,putin can and will bring the hammer down on oligarchs that get ahead of themselves and forget that putin could treat them very differenly depending on their conduct according to national or international perogatives,conversely,the u.s. has a weak state only capable or willing to “correct” it’s working class and destitute or otherwise marginalised,other examples abound but laziness on my part excludes them.otherwise i am with you in you just criticism of what passes on the left in this extremely precarious phase

Apparently, David Mack is unfamiliar with the consistent line of MLToday and my own writing in support of that line. Since its inception, MLToday has opposed the great power ambitions and actions of the US ruling class. We have recognized and opposed US and NATO dismantling of Yugoslavia, the forced severance of Kosovo from Serbia, US invasions of Afghanistan and Iraq, and all other imperialist interventions.  Notably, we supported Syria’s resistance to the US-instigated bogus civil war, including Russia’s aid to the beleaguered government. One of MLT’s editors visited Syria in an act of solidarity while far too many on… Read more »

its good the masse DO NOT look to western, mainly white,left orgs.,between TDS& Russia’s SMO those orgs or parties have proven themselves to be mainly useless ideological echo chambers,incapable of a matierialist dialectic,never mind historical matierialism,congrats for being yet another ball on the chain that prolongs the peoples bondage