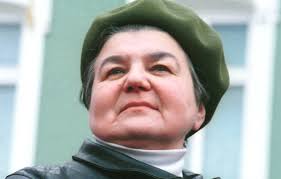 Editors’ note: Nina Andreyeva who passed away recently was briefly at the center of  the struggle in the CPSU against the Gorbachev circle’s efforts to dismantle socialism in the USSR. It is still a commonplace among mainstream US commentators to claim that “the Soviet people did not fight to defend socialism.”  They did fight for socialism,  and none fought harder than Nina Andreyeva. The following obituary, slightly abbreviated,  was written by her party colleagues.

In Memory of Nina Alexandrovna Andreyeva

The Soviet and international communist and workers’ movement has suffered a heavy and irreparable loss. On July 24, 2020, Nina Alexandrovna Andreyeva, General Secretary of the Central Committee of the All-Union Communist Party of Bolsheviks (VKPB), passed away in the city of Leningrad, as a result of a serious illness. The heart of a staunch patriot of the Soviet homeland, a penetrating politician, an unyielding Bolshevik, a fighter against opportunism and revisionism in all its forms in the communist movement, an outstanding leader of the international communist movement, a courageous woman, our dear friend and comrade has stopped beating.

Nina Alexandrovna was born on October 12, 1938 in a working-class family in Leningrad; in 1941, like many of her peers she lost her father, who died at the front. She graduated from high school with a gold medal, with honors from the Leningrad Institute of Technology, a candidate for technical sciences. In 1966, she joined the CPSU. As an honest party member, she always took a firm principled stand. For this, they twice tried to deprive her of her party membership card. Moreover, these were the ones who during the years of perestroika threw away their party cards themselves.

It was in the midst of Gorbachev’s perestroika, when the traitors to our homeland launched an attack on the foundations of socialism, that Nina Alexandrovna showed her firm Bolshevik character by publishing on March 13, 1988 in the newspaper Sovietskaya Rossiya the famous letter “I Cannot Compromise My Principles”. Nina Alexandrovna became known throughout the Soviet Union and beyond. The article exposed Gorbachev’s treacherous policy from a point of view of principle. The publication caused such a public outcry that the Politburo of the CPSU Central Committee, at the request of Gorbachev, discussed Andreyeva’s arguments against perestroika in special meetings for 2 days. For her and her husband, the publication turned into a savage persecution by her ideological enemies. This letter divided society into two camps – the partisans of the preservation of socialism and those who decided to destroy everything related to the Soviet period. It sparked a wide public debate and was reprinted in 800 regional and local publications.

March 13, 1988 became the day of the rebirth of Bolshevism. Andreyeva’s principle of life of were Stalin’s words: “Not one step back! This should be our main appeal. We must stubbornly, to the last drop of blood, defend every position… Our homeland is going through difficult days. We must stop and then push back and defeat the enemy, no matter what.”

From May 18 to 20, 1989, a Founding Conference was held in Moscow, at which the All-Union Society “Unity – for Leninism and Communist Ideals” was established under the leadership of Andreyeva. She did not just declare her principles, she fought for them, fighting alone in the struggle, to consolidate the masses who remained faithful to socialism, defending the Marxist-Leninist positions of principle.

On November 8, 1991, the Founding Congress of the All-Union Communist Party of Bolsheviks (VKPB) was held in Leningrad.

More than 30 years have passed since the rebirth of Bolshevism began. Having led the VKPB since November 8, 1991, Nina Alexandrovna won the respect not only of the workers of the USSR, but also of the entire international communist and workers movement with her loyalty to Marxism-Leninism

All those who had the chance to personally meet and speak with Nina Alexandrovna Andreyeva noted her invariable calm, her benevolence towards everyone, her clarity and certainty in her judgments, and the depth of her understanding of the situation. We will all miss this wonderful person in whom was concentrated an exceptional mind, a subtle intuition and a brilliant gift as a speaker and politician. We are proud that fate has given us the opportunity to fight for socialism under the leadership of Nina Alexandrovna Andreyeva.

We will continue and lead to victory the work to which Nina Alexandrovna devoted many decades of her life – the struggle for the rebirth of our Soviet homeland – the USSR.

We express our sincere condolences to all the family and friends of Nina Alexandrovna Andreyeva on the death of this wonderful person.

The memory of Nina Alexandrovna will remain in our hearts forever!

Secretariat of the VKPB Central Committee

Thanks to George Gruenthal for calling this obituary to our attention 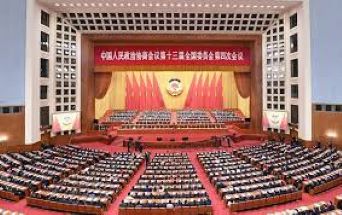