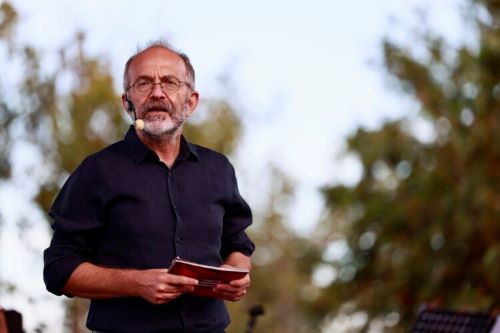 soL news interviewed TKP (Communist Party of Turkey) General Secretary Kemal Okuyan on the recent protests against the rising cost of living, the moves of the AKP government and the bourgeois opposition. Okuyan also commented on the Extraordinary Conference the Party will hold on January 9 in Ankara.

“On January 9, the TKP will continue its struggle in a more determined, clearer and more energetic way.”

soL news: The Communist Party of Turkey has intensified its activities in the struggle against the cost of living with actions with the slogan “Stand Up” in various districts towards the end of November. During this period, various solidarity activities were also carried out along with these actions. Finally, after the electricity hike, this time with a protest action in front of electricity distribution companies, the TKP called for nationalization of electricity. Let’s start by evaluating this process if you’d like.

KO: The last few months of last year have been a nightmare for our people. The hikes came one after another and millions of people who were already living in poverty were at a loss as to what to do. But the nightmare is not over, they didn’t even take a break for a moment in 2022 and raised electricity prices by between 50 and 125 percent before we even rang in the new year.

But even the families with the lowest consumption are facing a price increase of 52%. Moreover, the average electricity consumption of a family of four is far above the lower limit that they set. It is said to the public that you will either pull the plugs and sit in the cold in the dark and settle for a 52% hike, or you will have to risk a further increase in bills.

The citizens have to shoulder a price hike of at least 50% while the electricity generation and distribution companies continue to announce profits on top of profits. There are no bosses who, as they say, are hurting, who need to be protected. Many of these electricity companies belong to the largest conglomerates of Turkey and make incredible profits.

They say that the price hikes are mandatory because the exchange rate has gone up and costs have risen, but this does not explain the profits of the companies behind the bills. The profits of the companies are paid by the citizens out of their pockets. The rest is again compensated from public resources with what has already been taken from the public. In this way, some people make enormous amounts of money.

The use of electricity should be one of the fundamental rights for people and we have to put an end to this foolishness and nationalize electricity generation and distribution enterprises so that everyone has access to electricity free of charge. With this approach, we are exposing the generation and distribution monopolies. We shouted that these companies are building not power lines but robbery lines straight to their pockets with the bills they drop in the people’s mailboxes. Our struggle will continue by intensifying and increasing its impact.

Until recently, there was actually a different political atmosphere in Turkey, the issue of housing, the cost of living were still on the agenda, but it was considered a kind of “transition period”, and the public agenda was more about what kind of cabinet would be governing Turkey after Erdogan. How did this atmosphere change so quickly?

The society in Turkey retreats into its shell with the changing agenda and balances every day. Yet fundamentally, little is changing. We in the Party forbade ourselves to draw big conclusions from the daily polemics of the politics of order. Turkey’s issues are actually much clearer, simpler and simpler to solve than one might think. The demagogy developed by the government by distorting the figures and the facts, and the opposition’s rhetoric consisting of “let there be an early election” make it difficult for the public to grasp the true meaning of the developments. TKP, on the other hand, tries to ask the right questions and give the right answers to those questions. The atmosphere is actually the same, an atmosphere in which exploitation and reaction are brutally rampant.

TKP’s call for people to take to the streets caused a lot of criticism. You have been accused by the opposition of playing into the hands of the AKP, and by the ruling bloc of provocation. Those who acted with the TKP in these protests do in the face of these accusations, what was their response?

What a ridiculous situation we have at hand! The opposition says “don’t take to the streets, wait for the election”. The government accuses those who take to the streets of being coup plotters. The right to protest is a fundamental right. To claim that the exercise of this right will play into the hands of the government is to give up the right to protest. It is true that there have been provocations throughout history. But if we move on the basis of this logic, what was Kılıçdaroğlu doing at that funeral, why is Akşener visiting small business owners, it will go on like this…Actually, the issue is very clear. The parliamentary opposition does not want anything that it does not control, that can surpass itself. We know what we are doing. Organization is the antidote of provocation. TKP members and volunteers, their friends are confident in themselves. Moreover, we have recently seen that those who applied to our party ironically wrote, with humor, “I also want to participate in the provocation”. Perhaps some of them attach a positive meaning to provocation! It is really a strange style of opposition to tell our citizens who are struggling with hunger, poverty, and unemployment to keep their voices down while asking TÜSİAD to speak up.

2022 started as part of a period in which the people are in a corner facing a high cost of living and no apparent solution? How can this deadlock be overcome?

By getting to the root of the matter and getting organized. There is no other choice. We cannot talk about any problem without questioning this order. Democratization, justice, economy, freedom, peace…none of them. Turkey should now come to the point without fantasizing and messing around with fake agendas. Just the story of the electricity bills is enough to lift the smoke curtain. TKP will do its best for this.

What is next on TKP’s roadmap?

TKP strives with all its might to increase the tenacity, struggle, solidarity culture, organization of the working class and the working people in these economic conditions. This is a current responsibility. Our efforts have started to pay off. On the other hand, of course, these efforts should be taken together with the struggle we are waging to change this order and to achieve our historical goal. The TKP will not set aside its goal of the socialist revolution under any circumstances, nor will it put it on the back burner.

Another task at hand is to form an alliance with our friends to create the common will of the working people. We have been maintaining contacts in this direction for a long time. The search for a more integrated struggle line at a time when everyone is focused on the elections is very valuable from our point of view. Finally, the TKP is increasing its organizational and political influence. This is a multidimensional process. New members, new organizational units, new district houses, new work areas. Expansion of the party’s financial resources. And the preparation of a new generation of leaders of the party for difficult struggles and for taking responsibility. These are on our agenda. On January 9, we are convening an Extraordinary Conference. Some of these topics will be discussed at the conference.

Why an Extraordinary Conference and is it possible to say a few things about its potential results from today?