The European Union has voted against a resolution presented by Cuba in the Human Rights Commission in Geneva, asking for an impartial and independent investigation into the status of prisoners of the United States on its illegally occupied GuantÃ¡namo base on Cuban territory.

The Cuban resolution received the backing of Belarus, Syria, Malaysia, Venezuela, Mexico, Guatemala and the Democratic Republic of Korea while, in addition to the EU countries, the United States, Peru, Honduras, Costa Rica, India, Canada and Romania voted against it. There were 23 abstentions.

The previous day, President Fidel Castro condemned the hypocritical attitude of the EU in relation to its position on human rights and cited reports from the Madrid Digital publication, which indicated that the European bloc used pressure so that the Cuban resolution at the HRC would not be passed.

According to the Spanish publication, the European Union and countries from the former Eastern Europe socialist bloc pressured delegations from the developing nations on that Commission to prevent the resolution, which raises questions about the detainees on the US naval base in GuantÃ¡namo, from being considered and thereby avoid calling the US government into question.

Cuba had presented a second version of the resolution that is not as encompassing as its initial one. The new version merely requests the United States to authorize an impartial and independent commission, comprised of representatives of four HRC permanent agencies, to identify the situation of persons deprived of their liberty in GuantÃ¡namo. Based on that investigation, the resolution requested that the HRC High Commissioner prepare a report with the results of the investigation, to be presented to the Commission next year.

During his special presentation on Wednesday (April 20), in which he continued exposing the unsanctioned presence of terrorist Posada Carriles and his accomplices in the United States, Fidel recalled how last year, the EU virtually got down on its knees and begged Cuba not to put it in the difficult position of having to vote against the United States, and Cuba decided to withdraw the resolution. "But this time, it isn’t going to be like that," he stated, and the Europeans are confirming their extremely sad role as reptilian states toward, joined by others in Latin American such as Honduras and Guatemala.

Last Friday, April 15, the United States publicly asked in the HRC for the resolution to be withdrawn, claiming its inadmissibility, timelessness and lack of support.

Fidel also characterized the known position of the HRC member countries in relation to the resolution. He condemned the lack of ethics, embarrassing conduct and nature of countries referred to as independent, noble and good, and highlighted their hypocritical concern for human rights, progress and democracy. He once again condemned the pretentiousness of what he called "the misnamed European Union," which is attempting to send "envoys" to Cuba to pass judgment on the situation of human rights while ignoring the situation in nations such as Guatemala, Nicaragua and El Salvador.

He indicated that illiteracy, a scourge that had virtually disappeared in Nicaragua, is currently affecting 30% of the population, and recalled that the death squads are back in power in El Salvador committing terrible crimes, matters that should be recalled to feel repugnance of the hypocrisy of that system, he affirmed. 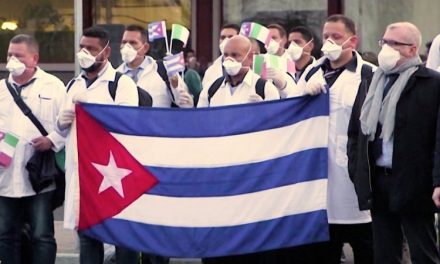 Anniversary of Cuban Aid to Angola