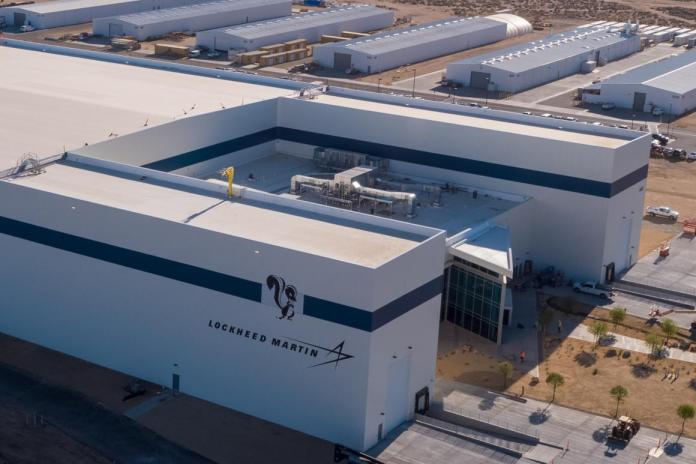 Hell, no. They’re Doing it right out in the open.

Check out Politico’s latest “independent” news story designed to scare the bejeezus out of its readers and justify the cry for more and bigger military hardware contracts to fatten the coffers of our leading weapons makers.

Notice anything new? This pro-war propaganda piece is different because it honestly reveals who bought and paid for it, and who really calls the shots in Politico’s newsroom.

Right on top of this scare piece about Ukraine are the words, “Presented by Lockheed Martin.”

It couldn’t be clearer. Don’t you wish for the same refreshing honesty from all the other media that suckle at the military industrial teat and regurgitate their corporate press releases as if they were genuine independent news reporting?

Since late March, Lockheed had been listed as a sponsor of Politico’s daily national security newsletter—a popular read among Washington’s foreign policy elite. In August, a Lockheed-sponsored article appeared below two advertisements for the F-35 jet that it manufactures.

The most recent Ukraine piece–which was curiously taken down on Tuesday after Tucker Carlson discussed the article on Fox News–quoted from a senior House Republican staffer who said: “We’re staring down an Afghanistan-in-Europe type of event with thousands dead, refugee floodgates opened, and U.S.-credibility gutted. It’s going to be horrible to watch.”

Horrible for everyone but Lockheed which is a co-producer, with Raytheon, of the Javelin anti-tank missile that the U.S. began supplying to Ukraine beginning in 2018.

In October, the Biden administration sent an additional 30 Javelin anti-tank missiles to Ukraine as tensions with Russia intensified, with more sales likely to be forthcoming.

In a July poll, 50 percent of Americans said they would support “the use of U.S. troops if Russia were to invade the rest of Ukraine,” up from 30 percent in 2014. This indicates that the kind of reporting being advanced by Lockheed in Politico is having an impact–even if it is distorted.

The Truth Does Not Matter

Vice Admiral Kay-Achim Schönbach, the head of the German navy, said that talk of a Russian invasion of Ukraine was “nonsense” and that Russia was merely seeking “respect” for its security concerns in Europe.[2]

The U.S. has indeed been provoking Russia for years: Since 2015, the CIA has secretly trained elite Ukrainian Special Forces units in firearms, camouflage techniques, land navigation, tactics like “cover and move,” and intelligence; and the U.S. has given $2.4 billion in “security assistance” since backing a 2014 anti-Russian coup—$450 million in 2021 alone.[3]

Ukrainian Defense Minister Oleksii Reznikov gleefully tweeted about a planeload of arms arriving from the U.S. on January 23rd, the second of the weekend. He said: “The second bird in Kyiv! More than 80 tons of weapons to strengthen Ukraine’s defense capabilities from our friends in the USA! And this is not the end.”

None of this was reported in Politico.

When asked about the Lockheed articles, a Politico spokesman responded: “There is a strong firewall between POLITICO’s newsroom and its business teams. As such, POLITICO’s sales team has no influence whatsoever on editorial content and does not share advertiser information with reporters and editors. Decisions about when ad placements appear as part of a sponsorship are fully at the discretion of the advertiser.” The insinuation was that the articles presented by Lockheed were ads although they appeared to the reader to be actual news articles.

Return on its Investment

It received a major return on its investment when Biden signed off on a 5 percent increase on Trump’s defense budget in December, vowing to spend $768.2 billion next year.

In 2021, Lockheed reported net sales of $67 billion, and its earnings are already up this year.

In June, Lockheed announced that it was prepared to offer Ukraine the F-16 Viper aircraft, which would be in high demand if war with Russia breaks out.

It has also done brisk business in Poland—another country on the front lines of the new Cold War—having signed a deal in 2017 to sell it a high-mobility artillery rocket system, guided launch rocket systems, army tactical missile systems and related equipment for $250 million.

During the mid-1990s, the U.S. Committee to Expand NATO was co-founded by Lockheed’s Bruce Jackson, Vice President for Strategy and Planning, who also founded the Committee for the Liberation of Iraq, which pushed for the 2003 U.S. invasion.[4]

Now the focal point of Lockheed’s lobbying efforts and fear-mongering is Russia and Ukraine—the topic of a number of articles it has presented in Politico.

One piece in early January was titled “Inside Biden’s secretive weapons shipment to Ukraine.”

The co-author of the piece, Alex Ward—who also co-wrote the most recent piece warning of a Russian invasion—had been an associate director in the Atlantic Council’s Brent Scowcroft Center on International Security. The Atlantic Council, or “NATO’s de facto think tank,” is financed by Lockheed to the tune of $100,000-$249,999 per year.

In the fall, Lockheed had “presented” a series of articles in Politico, co-written by Ward, that were critical of Biden’s mishandling of the pullout from Afghanistan.

Politico also ran a puff piece about a secret weapons plant run by Lockheed in the California desert known as “skunk works,” which produced “the U-2 spy plane that could — and still does — collect images from 70,000 feet; the SR-71 Blackbird, an aircraft that could fly at speeds greater than Mach 3; and the F-117 Nighthawk, the first stealth fighter.”

The author of the article, Lee Hudson, wrote that, “for defense tech journalists and aviation nerds,” the special invitation to tour the facility was “the equivalent of a Golden Ticket to Willy Wonka’s factory.” Hudson later conceded, however, that the real purpose of the visit was to “try to kick up support for more Pentagon business amid flat defense budgets.”

Since then, it has grown significantly and maintained a good reputation—making its evolution into a propaganda organ for a leading death merchant particularly disturbing. 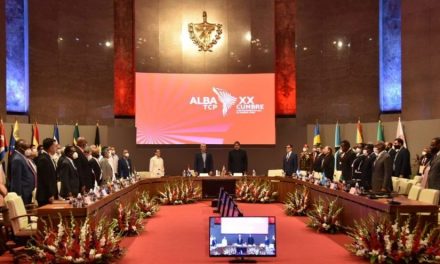 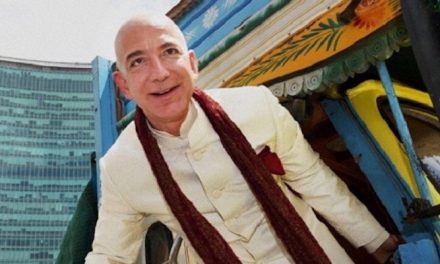