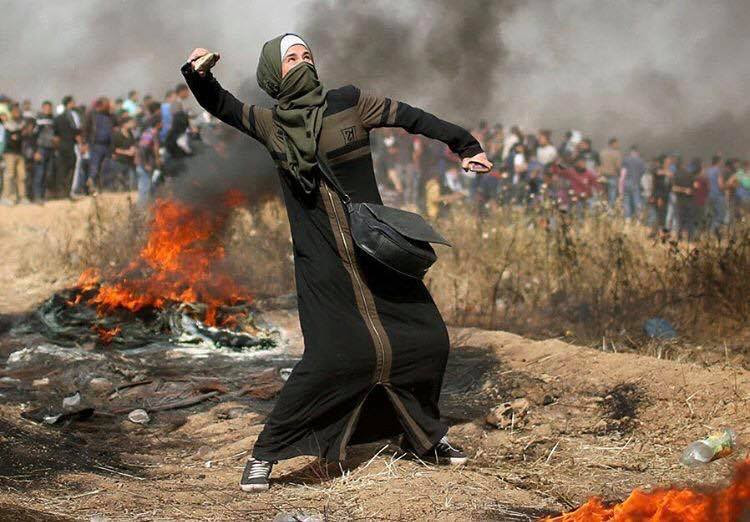 As Israel bombed it dozens of times in the past day, a senior Israeli minister has incited the total destruction of Gaza.

On Tuesday, Israeli army radio tweeted the comments of energy minister Yuval Steinitz, who stated, “I do not rule out the possibility of conquering Gaza and destroying it once and for all.”

As Israeli journalist Asaf Ronel pointed out, Steinitz’s words as quoted by army radio are unambiguous in their reference to Gaza itself being destroyed:

On Tuesday, Steinitz made similar statements to the publication Ynet: “We may have no choice, we will have to strike in Gaza and conquer it, and put an end once and for all to this terrorist regime.”

In that interview, Steinitz appears to be referring to Hamas and Islamic Jihad, two political and military groups that carried out rocket and mortar strikes against Israel on Tuesday after months during which not a single such projectile was fired from Gaza.

But Steinitz’s reference to Hamas and Islamic Jihad in Ynet in no way mitigates the genocidal nature of his comments on army radio, since Israel does not distinguish between civilians in Gaza and combatant members of the organizations Israel deems “terrorist.”

Indeed Israel’s justification for the mass slaughter of unarmed civilians during Gaza’s Great March of Return protests is its claim that the rallies are organized by Hamas and thus anyone, even a child, is fair game for snipers.

Israel provokes escalation as Palestinians seek calm
Three Israeli soldiers were injured by shrapnel from mortar fire from Gaza on Tuesday, one moderately.

Ynet also reported that a resident of the Israeli town of Sderot “fell down and suffered contusions while running to a shelter, as three additional civilians suffered panic attacks.”

As the BBC acknowledged – buried near the end of a report – “The upsurge in violence came after Israeli tank fire killed four militants in Gaza in two separate incidents at the start of the week.”

In one of those incidents last Sunday, Israel killed three members of Islamic Jihad, after which the group vowed it would retaliate.

The Palestinian armed response to Israel’s attacks appears to have had the intended effect: it has induced Israel to agree to return to the ceasefire understandings reached after Israel’s 2014 invasion of Gaza.

According to Haaretz, Israel agreed to a Hamas proposal for a ceasefire conveyed via Egypt.

The Israeli military acknowledged on Wednesday that Hamas was now preventing any rocket fire from Gaza, and that several missiles fired overnight had been launched by “rebellious groups.”

Similarly, Islamic Jihad affirmed that its military action was limited and designed to send a message to Israel.

“We are not interested in escalation and are not going to war, but we want to respond to Israel’s attacks,” the group said. “Israel is violating the ceasefire reached after Operation Protective Edge. There should be a Palestinian response to the Israeli escalation that will demonstrate the strength of the resistance.”

Unsurprisingly, the EU and its member governments, which have failed to condemn Israel’s use of snipers to target civilians, were quick to denounce the limited Palestinian armed response to weeks of unchecked Israeli attacks that have killed more than 100 Palestinians and injured thousands more.

The condemnations made much of reports that a mortar shell had landed in the yard of an Israeli kindergarten when no children were present, causing light damage and no injuries.

But none mentioned how shrapnel from an Israeli missile hit a school in Gaza as students were sitting for their exams.

Warm European embrace
In contrast to Steinitz, some Israeli leaders, while still making violent threats against Gaza, are cautioning against overthrowing Hamas, which despite more than a decade of tight Israeli siege continues effectively to govern the interior of the Strip.

Pragmatic reservations by ministers aside, Steinitz’s genocidal language is remarkably common in Israel. Calls for exterminating Palestinians have not disqualified Israeli leaders from the warm embrace of the European Union.

Posting a call for the murder of Palestinian mothers who give birth to “little snakes” has not put a damper on EU cooperation with justice minister Ayelet Shaked.

Last week, the EU criticized Israel for police brutality against Palestinian citizens of Israel, and for its decision to expel Omar Shakir, the head of Human Rights Watch’s Jerusalem office.

But the pose of defending human rights did not last.

On Wednesday, a senior EU official arrived from Brussels for meetings to strengthen ties with Gilad Erdan, the strategic affairs minister behind Shakir’s expulsion.

Erdan is also police minister and has defended the officers who broke the leg of Jafar Farah, director of the human rights group Mossawa, when they attacked a peaceful demonstration by Palestinian citizens of Israel in Haifa.

And earlier this month, the EU embassy in Tel Aviv was effusive with gratitude that Steinitz had attended their Europe Day gala on behalf of the Israeli government.

Just a few days later, Steinitz told the EU it could go to “a thousand thousand hells.”