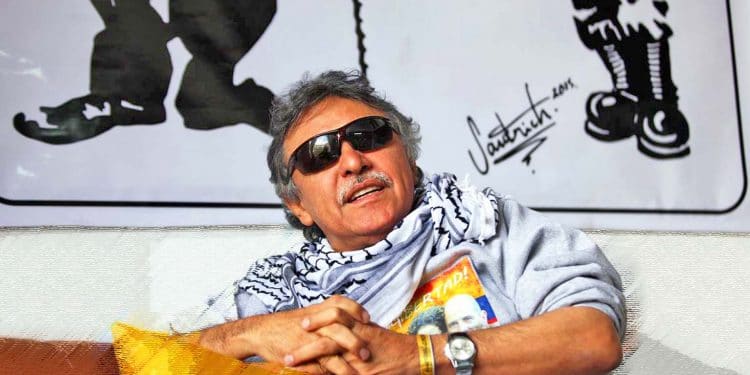 The shots and grenades that took his breath away were from the Colombian army, as was the knife or razor with which they mutilated his lifeless hand. The orders came from Iván Duque, the little pigeon sponsored by “il capo mafia” Álvaro Uribe. Two equally genocidal Colombian lumpens, cornered by one of the most important popular rebellions that Colombia has experienced in the last decades.

But let no one be deceived. Let’s speak without euphemisms. The strategy that guided this operation clearly comes from “higher up”: the United States and Israel, two partner states that for many years have been leading the counterinsurgency war in Colombia. Not from afar, but with their own military and intelligence personnel, in the very terrain of the most prolonged social conflict in the entire continent. When one reads in the reports of numerous international analysts that “Colombia is the Israel of Latin America” it is not a literary metaphor. Each one of the Colombian insurgent commanders who was executed (from Alfonso Cano and Ivan Rios to “Mono” Jojoy and even Jesus Santrich), had an Israeli general and US combat troops assigned behind him. The Colombian army simply provides the troops, as happened more than half a century ago with the execution of Ernesto Che Guevara, shot in cold blood in La Higuera by Bolivian hands that pulled the trigger, but directed in the same field by U.S. intelligence. It is an open secret. Everybody knows it. It is documented.

Was it necessary to execute a blind revolutionary militant? Were the U.S. Pentagon, the Israeli Army and the Colombian Armed Forces so afraid of a blind person who moved with a cane? Yes, they were afraid of him. And now that he is dead… they will be even more afraid of him, because the unbreakable example of this communist revolutionary will surely take on other dimensions, as happened in his time with Camilo Torres, with Che Guevara and with so many other revolutionaries of Our America.

Who was Jesús Santrich? It is difficult to define him in a few lines. First of all, a full-time revolutionary militant. But his biography is not limited to that. Santrich is also one of the great Marxist thinkers of Our America. His theoretical production includes more than a dozen books (available on the Internet), where his work explores everything from the romanticism of Karl Marx to the libertarian thought of Simón Bolívar, passing through the rigorous knowledge of the history of countless native peoples, their cultures, their worldviews and also their religions. Because unlike some allegedly arrogant and haughty “materialists” (basically simple ignoramuses, who out of mental laziness have never taken the trouble to try to understand in depth the feelings and beliefs of the peoples they claim to defend), Santrich knew to the letter diverse expressions of the popular religious spirituality of the exploited and subjugated of the continent.

But his profile and his presence do not end there either. His insurgent backpack also contained countless books of poems, drawings and songs. In one of his most suggestive writings he intertwined the biography of Manuel Marulanda Vélez, historical leader of his organization (the Revolutionary Armed Forces of Colombia – People’s Army, Second Marquetalia) with… Beethoven! Santrich immersed himself with absolute comfort in the history of philosophy, literature, music and painting.

What bourgeois politician on the continent would have dared to debate with him face to face? You had to have a lot of backbone to be able to discuss and refute someone of that stature. Neither Duque nor Uribe nor Santos would have been able to withstand half an hour of public debate, face to face, without bodyguards, gunmen or hired assassins. Hence the impotence and the visceral hatred. That is the reason for the order to pursue and execute him, knowing that he was blind!

Yes, irony. Because Jesús Santrich cultivated humor with pleasure and enjoyment, like any self-respecting Caribbean man. In one of the last videos he filmed and which circulated virally through the Internet, he masterfully played the saxophone, recited a very long poem in homage to Commander Hugo Chávez (making it very clear that the Bolivarian and communist insurgency would never accept the Santanderist patriotism of an ignorant village or the poisoned trap of confronting two brother peoples, such as the Colombian and Venezuelan) and finished off with an irony that made people laugh. He said goodbye saying, if memory serves me correctly: “See you… said the blind man”.

Jesus Santrich was laughing at himself! Any psychoanalyst would know that there is no greater gesture of mental soundness than to be able to laugh at oneself. Has anyone ever observed Macri laughing at himself? Piñera? Bolsonaro? the Bolivian dictatorzuela? Uribe? Iván Duque? The president of the main Western power? The prime minister of Israel? Never! For any of those characters of a ghost train, bizarre and lumpen, humor would be interpreted as a “sign of weakness”.

Santrich died laughing and making jokes! He could laugh and joke because he knew he was strong and solid. The strength he had did not travel in a combat helicopter or in a war tank. It came from the just cause he defended, from the truth of his projects inspired by Marx and Bolivar, from the nobility of his ideals for which he was willing to die. Any of his enemies in his situation would have soiled his pants out of fear.

The mocking laughter, the happy irony, the foolproof humanism. Of that wood are made the people who are not tied to the pettiness of the market, to the mediocrities of bureaucracy, to the money in their bank accounts and their dirty business.

The United States, using local pawns, decided to put an end to it. May the heroic Cuban Revolution and Bolivarian Venezuela soak their beards in water! The old “Keynesian” and “populist” Joe Biden does not come to bring “dialogue”, “pluralism” or “good neighborliness”. Will the poisoned smile of Obama’s cronies, his scholarships, his “philanthropic” invitations to visit the blue-eyed “democracy”, his “academic internships” aimed at co-opting young people, have any effect again? Will they again sell their little colored mirrors while they continue to sow and water the American continent with military bases? Will the popular organizations believe, once again, that with the change of administration in the house with white walls, John Lennon and Yoko Ono are magically reborn?

The merciless execution of commander Jesús Santrich has sadly made things clear. No “flower power”. Imperialism still exists. Not even the blind can be saved from the unbridled fury of the US counterinsurgency, surgically executed by its local pawns, brown-skinned and blindly obedient.

Despite the pandemic and the social isolation, something can be heard among the plants and trees. Jesus Santrich and Camilo Torres, Fidel Castro and Marulanda, Che Guevara surrounded by young rebels from Palestine, must be joking and planning new insurgencies.

The moral example is stronger than all the weaponry in the world. It cannot be annihilated. The peoples of America have awakened and no one will be able to silence them.

Until victory always, dear Trichi, dear comrade Jesús Santrich! Never stop playing the saxophone or the flute, never abandon your drawings, your poems or your jokes.

-This article appeared in the Orinoco Tribune 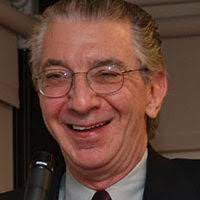 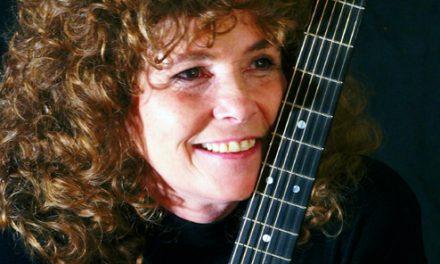