Labor and the Fight to Protect Social Security and Medicare

"The difference between revolutionaries and reformists is not that the reformists are for reforms and we are against them, but that we are striving for reform by the class struggle; they, on the contrary, want to achieve them by means of class collaboration." Alexander Lozovsky, General Secretary, Red International of Labor Unions (RILU), September 1930.

Of course, the trillions of dollars of corporate profits are off limits to the spineless politicians in both major political parties who have dutifully accepted the capitalist mantra of austerity and continue to propose "bipartisan" cuts to these essential programs even though it is in direct opposition to all public opinion polls.

On a daily basis, the mainstream press and its talking media heads repeat these propaganda points, thereby giving an inordinate mass influence to right-wing proposals that have little popular support.

This whole process has dangerously accelerated under the Obama Administration with his proposal to reduce the Social Security cost of living adjustment and the billions of dollars of cuts over the next decade to Medicare through the Affordable Care Act. Liberals, the Black community and other allies are complicit with their silence.

Official response in labor to these unprecedented cuts has been muted. There has been a flurry of statements against the cuts by top union leaders but not much else. Their protests consist of press releases, requests for emails to legislators and on-line petitions. The only opposition Richard Trumka, AFL-CIO president could muster in December 2012 when Obama proposed to cut Social Security benefits through a "Chained Consumer Price Index" was a statement that it was "bad policy".

This official "insider" strategy is inadequate, shallow, and totally ineffective. It’s akin to offering a drowning man a thimble to drain the water from his sinking boat. Yes, he will surely drown, but you can always say, I tried to help!

This assault on Medicare and Social Security highlights the inability of organized labor to mount any type of effective mass fight back that meets the needs of the day. Failing to offer any alternative programs, labor is losing its influence among the population as a progressive force for social change. This is crucial, for at this moment, it should be the beacon of light and hope to the working class.

Why is labor unable to mount a fight back?

The roots of labor’s ineffectiveness must be discussed and debated before it’s too late. Its weakness starts with the acceptance of an economic ideology that ties the interests of the workers to that of soulless for-profit corporations and blindly refuses to challenge the dictates of capitalism. Its twin spawn in the political arena is an approach that subordinates the workers political interests to that of the Democratic Party. Both of these class collaborationist approaches are a spent force and must be exposed as failures.

Breaking out of the business as usual approach can only be accomplished with a new outlook that puts the interests of workers and the public first. Its core component is to educate and mobilize the membership on the ground floor and defend the interests of working people not corporations in the workplace and build alliances in the community that unite the mass of people for common and reachable goals that challenges the prerogatives of big business.

Historically, both Social Security and Medicare were won in times of great upsurge by the mass of citizens. Social Security was won as part of the great upheaval for labor rights in the 1930’s. Medicare was achieved in the midst of the civil rights, anti-war and women’s rights struggles in the 1960’s. The ruling class fought against the establishment of these social programs and today it sees an opportunity to kill them outright. Mass struggle won these programs and it will take a similar effort today to protect and expand them.

That’s why it’s imperative that we consciously move to change the current direction of the labor movement. To do so requires a shift in the strategy and tactics. It requires an independent political analysis and a class struggle approach that starts inside the body of all labor organizations. Only by initiating a concerted effort to change the mentality of concessions, givebacks, and collaboration with the boss which are the main reasons for the continued downward spiral of labor will labor grow and workers confidence be restored.

The current approach with its reliance on lobbying, emails, and electing more Democrats needs to be replaced with a strategy that builds the untapped capacity and anger into conscious organized independent mass actions in the workplaces and in the streets. The fight to defend Social Security and Medicare needs to be a mass fight and labor leaders need to lead or be replaced with those who can meet the crisis head on.

Large majorities of the public continue to strongly support Medicare /Social Security and instead favor taxing the wealthy and cutting military expenditures as alternatives to mass austerity. These sentiments have no organized political expression and are left rudderless and immobilized without an organized mass movement.

One can begin to envision what a powerful response could be generated if the unions began a concerted program to mobilize its ranks and community allies in cities and towns throughout the country. Independent rallies, picket lines, town hall summits organized by labor could begin garner the public support necessary to alter the terms of the debate around these programs. These efforts would be long term and not ‘campaign’ focused around elections.

Mass strikes are another weapon that can show the true power of labor and must be on the agenda and not put off as just pipedreams. The anger in Wisconsin was immediately channeled into a political recall campaign,Â  and calls for a general strike were never considered. In Michigan, a "right-to-work" initiative was passed without any serious talk of a mass strike yet it is a heavily unionized state. This approach which immediately puts the emphasis on lobbying and political campaigns to elect Democrats ultimately leaves the workers without their strongest weapon, the strike.

The failed strategy of today’s labor leaders is clear and it will require a rebuilding of left forces inside the ranks of labor. Emails, lobbying and spending millions of dollars to elect more Democrats is not working and will lead to further defeats.

Only with a class-struggle approach with its independent politics and mass mobilization can we generate the energy and power to win. 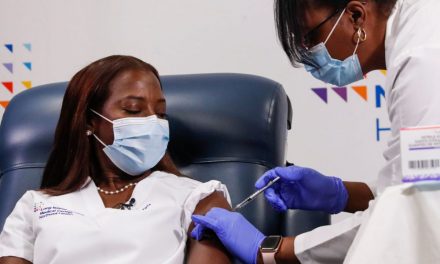 Where Does the Labor Movement Go from COVID-19?