Oh my. Oh my. As disappointment with President Obama’s performance sets in, many liberals are scurrying to place blame and shore up their lost confidence in the “transformational” promises of the new President. Three months short of Obama’s first year in office, little has been produced to warrant the title “progressive,” not to mention “Nobel Peace Prize winner.” Of course, the controversy over the Nobel Prize is simply a shallow sideshow since the Peace prize has long been debased by some who have received it and, more importantly, those who haven’t.

For those of us possessing some sense of history and the narrow limitations of the two-party system, Obama has not been a disappointment. I have written on several occasions of his career, his financing, and his team (see my Let Obama be Obama https://mltoday.com/en/let-obama-be-obama-530.html), showing that, at best, he hews to a centrist neo-liberal, soft imperialist line. Is he a step away from Bush? Of course, he is, but in the same way that Carter and Clinton were steps away from the raging, no-holds-barred regimes that preceded them. When popular sentiment grows against and consensus erodes from an unfettered corporate agenda, our ruling class offers a less strident, less aggressive alternative. But progressive? No.

Yet most liberals still obsess over Obama’s “progressive” credentials. When faced with a lackluster record, they construct imaginary obstacles that stand in the way of the “real” Obama. Robert Parry presents the latest example of this trend. In his recent article “Obama and the Left’s Old Schism” (Truthout 10-14-09), Parry chides both the US left and wealthy progressives (strange bedfellows!) for Obama’s tepid record as a water carrier for progressives. If the Left would only embrace a “pragmatic” posture over its “purist” stance, all would be well in the Obama camp. And if wealthy progressives Â whoever they might be Â would only pony up to create an alternative media to FOX News, Ruppert Murdoch, right-wing think tanks, and the horde of racist, corporate hugging gasbags, progressive change would ensue.

This is embarrassing nonsense. Parry argues that “the only practical way for progressives to get a politician to act more to their liking is to persuade more of the country to agree with their positions.” Presumably this would happen if some mysterious, unnamed progressive moneybags would step to the plate and create a media juggernaut in progressive garb.

Back on Earth, the latest opinion poll shows that 57% of US citizens favor a public option when asked (Washington Post/ABC News poll), an insignificant drop from the last poll taken before the right-wing media and tea-party assault on health care reform and a small increase over the same poll a month earlier. It is not US citizens who are vacillating on the public option, but the politicians; the public is convinced, but not their representatives. Of course the media and the political cabal continue to ignore and demean the real solution: single payer.

At the same time, the poll shows that confidence in Obama’s health care approach continues to shrink. Armed with a popular electoral victory, sweeping Democratic majorities in the House and Senate, does Parry think that we need to “persuade” even more citizens of real health care reform? Does he believe that we are insufficiently “pragmatic” by objecting to the shabby alternatives discussed over the summer by the Administration and its cohorts?

Liberals like Parry must answer these questions. It is not the absence of left-wing largesse, but the presence of a bottomless basket of corporate monies dedicated to lobbying, campaign contributions, corruption, and influence peddling that explain Obama’s timidity on health care reform. It is not compliance and patience that are needed, but massive pressure.

Given the fact that all the pieces are in place Â popular support, a strong Democratic majority among lawmakers Â pointing to scapegoats would seem to be a shabby excuse for not raising the temperature on Congress. Given the growing majority in support of real health care reform, the vaunted right-wing media megaphone would appear to be rather ineffective, rendering the excuse of no “strong voices challenging the right-wing echo chamber” as just that: an excuse for not confronting our political elites and demanding real change.

Parry has written worthy critiques of Reagan and Bush administration policies, but his scapegoating of the “purist” Left counts as little more than a political diversion. He attempts to construct an indictment of the “purist” Left, blaming the elections of Nixon, Reagan, and Bush II on leftist intransigence. While liberals have long laid the 2000 election fiasco at the door step of the Left, Parry goes much further, viewing nearly all Democratic failures since 1968 on an irresponsible Left.

This bizarre revision of the historical record is breathtaking Â breathtakingly wrong. On the face of it, the Left has regrettably never, never in my lifetime, held the balance of political or electoral power in its grasp. It’s only in the imagination of frustrated liberals Â especially those disappointed with the effectiveness of their own limited political vision Â that such a claim could resonate.

Parry contends that “President Johnson was struggling to end it [the Vietnam War] through the Paris Peace talks”. What he conveniently forgets to mention is that the peace talks were forced on him by intense international and domestic pressure, military failure, and collapsing popular support. Vietnam was Johnson’s war, escalated from 1964 by means of a bogus provocation that engaged half a million US occupiers and killed millions of Vietnamese civilians and resisters. Could anyone with even an ounce of compassion fail to demand its immediate end? Even in retrospect, would an immediate end to US aggression at any moment in Johnson’s governance have significantly changed the course of history to the detriment of US interests? These are the questions that Parry’s “pragmatists” evade.

Parry goes on to charge that the “purist” Left “sat out the [1968] election even knowing that their boycott could put Republican Richard Nixon in the White House, which is what narrowly happened.” It would be charitable to call this claim “baseless.” In fact, over 13% of the 1968 vote went to the American Independent Party, a quasi-fascist movement led by segregationist George Wallace and war-happy Curtis LeMay. Nearly all of these votes would have gone to Nixon in the absence of this third-party campaign. The 43 million votes that LBJ received in 1964 shrank to 31 million for Johnson’s surrogate, Hubert Humphrey, in 1968. With antiwar Democrats defeated in the primaries, Humphrey was the anointed stand-in for Johnson and his policies. Clearly US voters overwhelmingly rejected this course. While these truths might be unpleasant, it must be remembered that Nixon campaigned on a secret, slippery plan to end the war; no such plan was offered by Humphrey.

Nowhere in the historical account is there a truthful case for a back-stabbing Left undermining the efforts of a peace-seeking Johnson Â only in Parry’s defective memory.

Similarly, Parry finds fault with the Left in the defeat of Carter and the election of Reagan in 1980, though it is never stated clearly how the “purist” Left influenced the election Â a Reagan landslide. Parry bemoans the alleged fact that “[f]ew progressives shed many tears when Carter lost to Ronald Reagan”. I know of no polls that looked that deeply into the souls of the Left, but I personally knew no one who welcomed the Reagan victory. Parry scolds that Carter “got little credit from the American Left.” Perhaps that is because Carter betrayed virtually every promise in the Democratic Party platform, from health care to jobs (see my 2008: A Reprise of 1976,Â https://mltoday.com/en/2008-a-reprise-of-1976-408.html). Apparently the US public agreed with this Left assessment of Carter by resoundingly rejecting him in the voting booth.

Like many other frustrated liberals, Parry found a handy scapegoat for the 2000 electoral fiasco in Ralph Nader and his supporters. Despite the burden of a tepid campaign and the Clinton legacy of opportunism, Parry sees the third-party, Green campaign as a betrayal by the Left, regardless of the fact that Nader better represented the aspirations of over two million voters. In his world, the Left should have rejected an authentic alternative for the rightward-creeping Democratic candidates.

The same spirit of sacrifice recommended by Democratic Party apologists has typified their relations with African-American voters, at least since the Reagan era. While African-American voters have been the most loyal, supportive constituency for Democratic candidates, the Democratic Party has virtually turned its back on their issues. Commitments to affirmative action and other programs aimed at alleviating the vast social inequalities facing African-Americans have disappeared. Not to worry, say the apologists, “they have no where else to go.” And if they did, they would be accused of betrayal!

It is a sleazy, dishonorable consolation to point to the election of an African-American President when African-Americans continue to bear the greatest burden of poverty, unemployment, and neglect.

Blaming the Left is really only a pathetic smokescreen for the degeneration of the Democratic Party from its New Deal promise to a reluctant, mild oppositional party before naked corporate interests.

Much has been made of the need for a 60 vote majority in the Senate in order to enact any meaningful legislation. Yet no Party has enjoyed that total since 1976 when the Democrats won 61 seats! How, then, did Reagan succeed in “diverting the United States down a dramatically different courseÂ” as Parry claims, without 60 or more votes? Does the rule only apply when Democrats are in office? Â

Through both of Reagan’s terms, the Democrats maintained a 51 to 104 member advantage in the House of Representatives, yet Parry attributes radical changes to his tenure. An honest person might ask: What were Democratic House members doing during those eight years? I recall that Reagan, despite these obstacles, never obsessed over bi-partisanship.

Parry mistakes “pragmatism” for timidity and complacency. Pragmatists turn away from the crisis of two-party politics and the popular disgust with Pepsi-Coke choices in the electoral arena. The percentage of voting age population casting a vote in Presidential elections has drifted downward from a post World War II high of 62.8 in 1960 to a low of 48.9 in 1996. Participation in US House elections has only slightly exceeded 50% twice since 1970. More and more potential voters see their votes as meaningless.

A poll of public confidence published by Independent Sector in 2002 showed that among voting age citizens only 2.8% have “a lot” of confidence in political organizations and parties; 58.6% have “none”; and only 38.7% have “some” confidence in political parties. Apparently most people do not share the same kind of sacrificial loyalty to either party that pragmatists advocate.

These reports reveal deeper reasons for the electoral failings of the Democratic Party. In place of facile excuses, they point to profound deficiencies in our political system, deficiencies that breed cynicism and apathy. They reflect a system that increasingly makes a sham of democracy by diluting it with expediency and choking it with money. And the people know it.

And Parry’s palliative of engaging left wingers with deep pockets Â “progressives with serious money” Â only capitulates to the money-mania driving democracy off the cliff. Like Nader’s bizarre utopian novel that puts the fate of justice and social progress in the hands of a handful of billionaires, Parry’s suggestion that money can lift the chains from popular discontent sprouts from frustration and a lack of trust in the potential of rallying people to a firm, principled stand.

So-called “purist” honor political struggle, as well as the truth, by reminding the pragmatists that compromise only comes after the battle is fought, not before the swords are drawn. By contrast, it is a strange logic that calls for silent submission to policies that fall far short of human needs. Is not the measure of our principles the degree to which we stand steadfast behind them?

Democracy must be won and continuously protected. We cannot win it, if we defer to those bent on denying it for reasons of practicality. 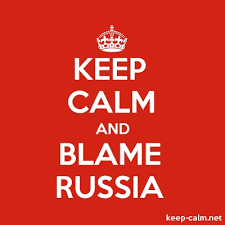 Climb Down From the Summit of Hostile Propaganda