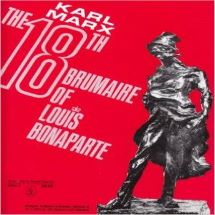 Karl Marx knew a thing or two about politics.

Writing over a century-and-a-half ago, he studied the aftermath of the 1848 revolutions that sought to drive a stake in the vitals of the European monarchies and consolidate the rule of the emerging bourgeois classes.

Contrary to his critics– especially the dismissive scholars– he applied his critical historical theories with great nuance and subtlety, surveying the class forces, their actions, and their influence on the outcomes. While Marx conceded that the revolutions were suppressed in the short run, he was able to show how they importantly shaped the future.

Many would argue that Marx’s account of the aftermath of the rising in France, The Eighteenth Brumaire of Louis Bonaparte, is the finest example of the application of the Marxist method– historical materialism [1]– to actual events.

It is said that Hugh Trevor-Roper, the British author, who was a colleague in British intelligence of Soviet spy Kim Philby and a notorious windbag, was once asked if he ever suspected Philby, if Philby left any clues to his loyalties. After a pause, Trevor-Roper said that Philby had on an occasion insisted that The Eighteenth Brumaire was the greatest work of history ever written.

More than a clue, and Philby may have been right.

The Eighteenth Brumaire sought to explain a great mystery: How a country undergoing a profound historic transition from one socio-politico-economic order (feudalism) to another (capitalism), could go from the popular overthrow of a monarch to a constituent republic and back again to the establishment of an emperor, Louis Bonaparte, in a few short years.

Marx couldn’t help but find a bitter irony in the fact that the coup installing Napoleon Bonaparte’s nephew as emperor mirrored the uncle’s ascension to emperor after the French Revolution. With equally bitter sarcasm, Marx amended the old saw about history repeating itself with the phrase “the first time as tragedy, the second time as farce.” Where Napoleon I tragically hijacked the revolutionary process, Napoleon III brought the farcical maneuvers of a dysfunctional bourgeois parliament to a farcical end by creating a farcical empire.

At a time when our own political processes– executive, legislative, and judicial– resemble a crude farce, at a time when opinion polls confirm the popular disdain for these institutions, we may well find Marx’s analysis to be of some use.

Consider ex-President Trump, for example. He, like Napoleon III, represents a mediocrity, only known for his pretensions and his rank opportunism. Trump likes to portray himself as a great president who arose as a savior, an agent for the restoration of US greatness.

Based on nostalgia for his uncle, Napoleon I, the nephew ruled France with the promise of an expanding empire to be feared and admired for its spreading of enlightened ideas; Louis Bonaparte promised to restore the unity of France, lead it towards greatness, and stability.

But are Trump and Bonaparte unique individuals who pushed themselves onto the stage of history? Are they historical accidents? Larger-than-life personalities?

Marx would argue that, in fact, Bonaparte succeeded because he enjoyed the support of a class, specifically the conservative peasantry, “the peasant who wants to consolidate his holdings… those who, in stupefied seclusion within this old order, want to see themselves and their small holdings saved and favored by the ghost of the empire.” Bonaparte’s supporters seek to save what they have and relive an earlier moment. In short, they want to make France [the Empire] great again. He answered the moment.

In so far as there is merely a local interconnection among these small-holding peasants, and the identity of their interests begets no community, no national bond and no political organization among them, they do not form a class. They are consequently incapable of enforcing their class interests in their own name, whether through a parliament or through a convention. They cannot represent themselves, they must be represented. Their representative must at the same time appear as their master, as an authority over them, as an unlimited governmental power that protects them from other classes and sends them rain and sunshine from above… Historical tradition gave rise to the belief of the French peasants in the miracle that a man named Napoleon would bring all the glory back to them.

It must be noted that Marx is neither mocking nor condemning the conservative French peasantry for its support of the election of Louis Bonaparte (1849) or his coup (1851). Instead, he is explaining how and why Bonaparte could manage to rule, both legitimately and illegitimately, even after France had declared its second republic. The peasantry was, by far, the largest class. The peasantry had not yet recognized its existence as a class; it could not yet express its grievances, its interests, or its latent power in class terms; it could not produce its own class leaders. And it turned instead to a caricature, a small man with big aspirations, a toy Napoleon.

Like Napoleon III, Trump enjoyed class-based support: segments of both the petty bourgeoisie and the working class. The professionals and small-business people who saw “elites” — typically urban elites– as threatening their way of life, culturally and economically, were drawn to Trump over the conventional corporate Republican leaders. Similarly, working-class voters victimized by deindustrialization, twenty-first-century economic crises, insecurity, rising costs of healthcare, etc., looked for someone “as an authority over them,” to send “them rain and shine from above,” that is, a modern-day Napoleon. They could not find that with the Democrats. They thought that they found it in Donald Trump.

Workers in the US have lost what the French peasant had yet to achieve in 1851: “…no community, no national bond and no political organization among them…They are consequently incapable of enforcing their class interests in their own name.” Nearly eighty years of red-baiting, business unionism, and Democratic Party supplication after a rich history of class struggle have left the US working class with little class consciousness, with little ability “to form a class.” It is no wonder that Make America Great Again resonated with so many.

Both Louis Napoleon and Trump have their camp followers and thugs. Marx designated Louis Napoleon’s lumpen proletariat group of mischief-makers the Society of December 10 for the role they played in stirring the pot after his election. Trump has his ultra-nationalist, racist trouble-makers as well.

Marx saves his derision for the “so-called social-democratic party,” founded as a coalition of the petty-bourgeoisie and the workers. With the militant revolutionary workers killed, imprisoned, or exiled after the June 1848 rising waged to establish a social and democratic republic, the workers accepted compromise and the parliamentary road. In Marx’s words:

A joint programme was drafted, joint election committees were set up and joint candidates put forward. From the social demands of the proletariat the revolutionary point was broken off and a democratic turn given to them; from the democratic claims of the petty bourgeoisie the purely political form was stripped off and their socialist point thrust forward. Thus arose the Social-Democracy… The peculiar character of the Social-Democracy is epitomised in the fact that democratic-republican institutions are demanded as a means, not with doing away with two extremes, capital and wage labour, but of weakening their antagonism and transforming it into harmony… This content is the transformation of society in a democratic way, but a transformation within the bounds of the petty bourgeoisie.

“…within the bounds of the petty bourgeoisie.” This description of the limits of an incipient social democratic party in 1849 could be applied fairly to the aspirations of the small left wing of the US Democratic Party today. A little more than one hundred fifty years later, workers are still being herded into a party that seeks, at best, the weakening of the antagonism between capital and labor and transforming it into harmony [paraphrasing Marx]. The Democrats assume the votes of the working class and the most oppressed, while intensely courting the support of the urban and suburban upper strata super-voters and super-donors. This has been their strategy since the loss of the reactionary South to the Republicans. In nineteenth-century France, the proletariat/petty bourgeoisie alliance was short-lived. Faced with a blatant violation of the constitutional limits of presidential action, the alliance allowed its threats of militant action to melt away when Bonaparte called its bluff, revealing a paper tiger.

Marx identified the folly of workers uniting with the petty bourgeoisie:

…instead of gaining an accession of strength from it, the democratic party had infected the proletariat with its own weakness and, as is usual with the great deeds of democrats, the leaders had the satisfaction of being able to charge their “people” with desertion, and the people with the satisfaction of being able to charge its leaders with humbugging it… No party exaggerates its means more than the democratic, none deludes itself more light-mindedly over the situation.

Not to be taken lightly for its defeat at the hands of Bonaparte and the bourgeois party, the petty-bourgeois took consolation with “the profound utterance: But if they dare to attack universal suffrage, well then– then, we’ll show them what we are made of!” If this sounds eerily like the empty threats of the Democratic Party before the brazen actions of Trump, his friends, and the Supreme Court, then lesson learned!

If we see parallels with the politics of nineteenth-century France and the twenty-first-century US, then we surely are reminded of Marx’s quip that history repeats itself, the first time as tragedy, the second time as farce. Surely, only an allergy to history, a blindness to past tragedies, can account for the continuing allegiance of workers and their leaders to a spineless Democratic Party that continually betrays the interests of working people.

Surely, we can do better. Marx thought so…

_____________
[1]  These reflections were inspired by a recent encounter with Jonathan White’s excellent 2021 book, Making Our Own History, A User’s Guide to Marx’s Historical Materialism, especially chapter 6. 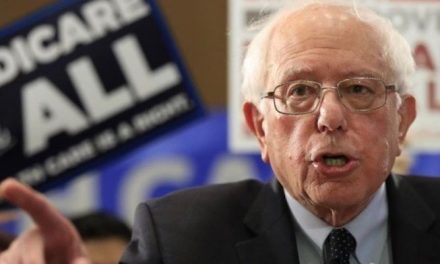 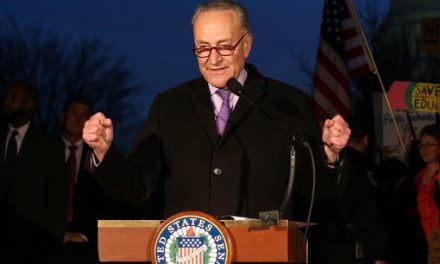