Letter to Embassy of Czech Republic

Ambassador RNDr Josef HAVLAS Embassy Czech Republic. Dublin 2, Ireland
Dear Ambassador.
We have just received information that your government has banned the Communist Youth Union (KSM) on the 16th October. This is a grave attack upon democracy and the freedom of speech and assembly in the Czech Republic.
Surely this is somewhat hypocritical as these where the corner stones of the much proclaimed "velvet revolution."
We have informed the Irish public, public representatives, trade unions and youth and student organisations of this action by your government in relation to this banning. Further, we have written to all Irish MEP’s requesting that they take up this matter at a European level.

We request that you forward this letter to your government and inform them of our protest at the banning of the Communist Youth Union we view this act as a grave attack on freedom of assembly and free speech.

Many governments have attempted to ban workers organisations in the past all have failed as surely this banning will fail. It will not  break the resistance of Czech communists in their struggle in the defence of Czech workers.

Standing up for freedom of speech and assembly.

Answers to the Questions Raised by Solidaire* about Lebanon 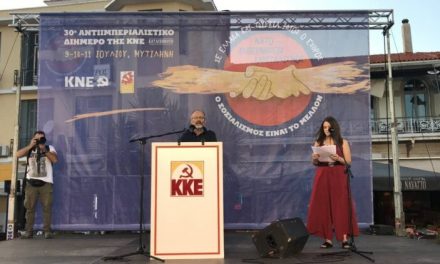