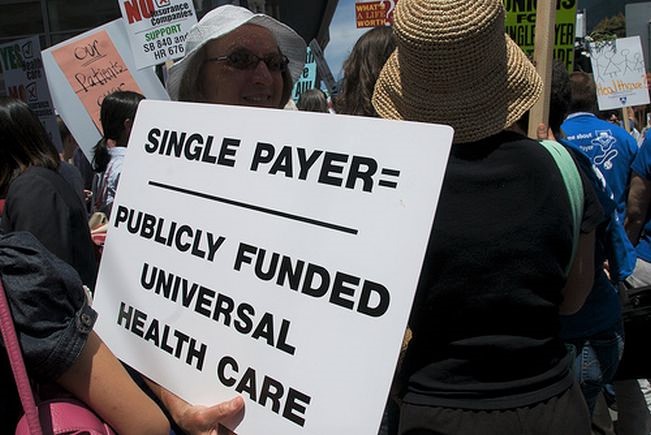 Liz Fowler is back! For those who followed the battles of the health care reform of 2009-2010, no name rouses more controversy than that of Elizabeth “Liz” Fowler who, as Chief Health Counsel to Senate Finance Committee Chairman Max Baucus, played a critical role in the writing of the Affordable Care Act.

Fowler, former vice president of public policy and external affairs at Wellpoint, the giant health insurance company that later became Anthem, wrote the reform policy to protect the future and the profits of the industry from which she came. Thanks to her efforts, Anthem and other for-profit insurance companies prospered from Fowler’s ability to craft the Affordable Care Act to their liking. In 2020, Anthem reported over $4.5 billion in net income. Now Liz Fowler is back, writing U. S. health care policy in line with insurance company desires. President Biden appointed her to head up the Center for Medicare and Medicaid Innovation (CMMI) within the Center for Medicare and Medicaid Services (CMS). She’s back to the top spot to direct the future of health care.

Back in 2009, the insurance industry and anti-single payer policy experts promoted CMMI and wrote it into the Affordable Care Act to promote cost cutting in Medicare, Medicaid and CHIP through value-based payment models. But CMMI’s work is based on the wrong-headed theory that U. S. healthcare is too expensive because of overuse. Value-based payment advocates claim that too many doctors and hospitals are giving too much care. CMMI wants to reverse the payment scheme and pay doctors and hospitals more for doing less. They contend they will be paying for quality or value rather than quantity. Their attempts to force doctors to fill out endless forms are stressing physicians, but they have yet to find a way to accurately measure value. CMMI is working from a false premise:  in the U.S., patients see their doctors an average of 4 times annually while in the U. K., France, Canada, Australia, Germany and Japan, patients see their physicians from 5 to over 12 times a year. In the U.S., Americans spend an average of .6 days per year in the hospital, whereas residents of other wealthy countries spend up to three times that number. So, if Americans are seeing their doctors less and spending fewer days in the hospital, why are we still spending more than wealthy countries on health care?

There is a battle raging over what must be done to cover everyone and rein in costs. Single payer, improved Medicare for All, advocates assert that the key is to remove profit-making insurance companies and hospitals from the system, slashing administrative waste to the point where savings can improve care for those who are covered and expand it to those who are uninsured. Costs will be stabilized and even reduced because the profitmaking mechanisms are the source of the high costs, not the overutilization of services. Single payer advocates point to the fact that the U.S. spends on health care about double, per capita, what other wealthy countries spend. Yet the US has, on average, worse outcomes. A plan to remove profit-making from the system is the only plan that would rein in costs. The CMMI, meanwhile, is constructed around insurance company magical thinking of health care reform: cut costs while giving less but better care.

Over the past decade, CMMI has experimented by setting up a number of alternate payment schemes designed to shift insurance risk onto hospitals and physicians. The results have not been good. Most of the CMMI experiments have been disappointing—either they don’t improve care, or they worsen care, or they don’t save money.  Only 4 models of over 48 experiments have been adopted. The conclusion should be that if we are to expand care and reduce costs, we should adopt a well-designed national single payer plan. But the Biden Administration has rejected that logical conclusion. Instead, the President has brought back Liz Fowler to find a way to make their pro-insurance company plan work. The voluntary experiments of the CMMI have not proven the quality gains and cost saving that the insurance industry and its loyal experts predicted. Thus, Liz Fowler to the rescue. Fowler and others have hinted that they’re looking to move from voluntary to mandatory experiments that will force greater risks onto physicians, other caregivers, and hospitals.

How much more of this nonsensical misery must the nation endure? A decade ago, Marcia Angell, MD, former editor of the New England Journal of Medicine, explained that in a for-profit insurance system, costs and care move in the same direction. To increase care, cover more people with better care, costs are increased as well. In a for-profit system, cutting costs also cuts care. To shift the dynamics and improve care while reining in costs, one must change to a single payer, not-for-profit system. She was right.

When Senator Max Baucus refused to allow single payer advocates to participate in the hearings on the Affordable Care Act, nurses, doctors, and others stood to speak. Baucus called the police and had them arrested. But their courage to act sparked a debate and planted a banner for single payer. It’s time to lift up that banner once again.

People’s China Issues Report on Human Rights in the U.S. 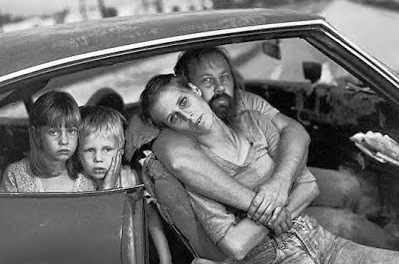 How Libby, Montana, Got Medicare for All