Lula Has Not Only Resisted, He Has Won 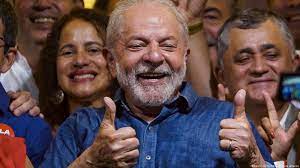 Lula’s union experience in the metallurgical sector provided him with exceptional leadership skills in his political career.

Not only because he is a native of there, Luiz Inácio Lula da Silva has his greatest sympathies in the northeast of Brazil. They love him where poverty is worst in the country, because he is another one like them: he represents them.

The man who for the third time assumes the presidency, however, wrote the first part of his story in another place: the southeast, specifically in the populous Sao Paulo, where as a child his mother moved with her eight children.

There, the young man from the Northeast soon demonstrated his qualities as an unrepentant fighter, a humble man who took up the battle for the poor not out of theoretical conviction, but out of an elemental sense of justice born of his own existence and of that love for his family that today he extends to the whole nation, with his call for reunification.

This President of Brazil understands and is understood by the disinherited because he too has been disinherited. And before passing a course as a metalworker, he had to help his family as best he could, even shining boots.

It is said that he was very young when, without being fully aware of the relevance of the union task, he embraced trade unionism motivated by an older brother who had already done so. But his certainty of the need for this struggle came when that brother was unjustly imprisoned.

“I was an ordinary union leader, I was afraid of going to jail, I was thinking of my family, I thought that to be a unionist it didn’t take much. It was after my brother’s arrest that I lost my fear. If fighting for what he fought for was a reason to be imprisoned and tortured, then many people should be arrested and tortured (…) It was very good because it awakened in me a very big class conscience”, he would narrate in 2003, according to reviews of other authors collected in the book Del sindicalismo a la reelección (2015), by the Brazilian Luciana Panke.

When evoking those times of the birth of his leadership among the workers, the marches in the streets and even when thinking about his forced choice of the trade of lathe operator at the age of 14 to survive, it can be better understood that capacity to impose himself to adversity that Lula, once again, has demonstrated.

His dedication and courage were proven in more than one strike as president of the Metalworkers Union of the municipalities of Santo André, Sao Bernardo and Sao Caetano do Sul (ABC), in Sao Paulo, a position to which he was elected for the first time at the age of 30 with more than 92 percent approval.

He would later be reelected by an equally overwhelming majority. The work of this union led to talk of a new form of trade unionism. Among those workers, the lineage of the man who would later become president three times was forged.

In its same facilities in Sao Bernardo, that union protected him in April 2018 when the then judge Sergio Moro, rightly called “the executioner” of the Brazilian left thanks to his machinations in the Lava Jato case, issued undeserved imprisonment against the man who since then was emerging as the winning candidate in the upcoming elections. He, who owed nothing, decided to turn himself in.

In 1980, Lula had led from that town one of the most resounding strikes against the dictatorship headed by General Joao Figueiredo. He was arrested at his home and taken to prison for 30 days. He would emerge stronger.

Some 40 years after those events, he has not only shown the same resistance as then: Lula has defeated the campaign to discredit him and bravely faced the manipulated judicial cases that tried to turn him into a political corpse, all of them annulled for lack of evidence incriminating him or for wrongdoing.

This time too, he would not be deterred by the undeserved imprisonment and even had to overcome, before, the death of his wife Marisa Leticia (2018), whom one imagines to be another victim, albeit fatal, of the tensions that surrounded the lives of both after the first false accusation of corruption.

It was not the only thing that hit him in the family sphere. Lula also had to bear the loss of Arthur, one of his six grandchildren, who died of meningitis at the age of seven when his grandfather was serving an unjust sentence. The satrapy of the perpetrators wanted to prevent him from leaving his prison in Curitiba, so that he would not attend, as he finally did, his burial.

Quite rightly, he would say in a press conference after his new election, last October 30: “I consider myself a citizen who has lived a process of resurrection. They tried to bury me alive and here I am”.

His return to the presidency, in fact, is considered historic and even amazing and is an argument for many to affirm that Lula is the most popular politician in Brazil.

Speaking to the BBC, John French, professor of history at a U.S. university and author of a biography about the Brazilian leader, called him a “political and electoral phenomenon that should be of great interest to the world.

“There is no reason to expect that a person of his background would get where he did. And every stage of his life has been a surprise.”

However, French is wrong about one thing. Whoever reviews Lula’s trajectory will see clearly the reasons that explain this other arrival of his to the head of state, coming as he did from metallurgy and, before that, from the remotest part of his native Caetés.

Lula is followed not because he is a phenomenon of popularity per se, not even because of his recognized ability to connect and communicate with the masses, but precisely for being one more among those who voted for him, and for having gained, step by step, a prestige that was not overwhelmed by lies, despite the fact that many of his fellow citizens may still be the target of the media and judicial maneuvers of the right wing to demonize him. Surely, not a few of them will believe in him again.

Although he has promised to govern for all and has thus reached out to 49 percent of the voters who voted for Jair Bolsonaro, Lula also acknowledged in his speech after the victory that his first efforts would be aimed at mitigating the suffering of the most marginalized and the hungry.

At this point in his life, Lula’s record of service to Brazil can be measured both during his time as a fighter in the streets and as President. No other Brazilian ruler has done so much for his people. And he will do it again.

The Zero Hunger program, which was his main promise fulfilled after his first election as Head of State in 2002, gave more than 30 million Brazilians the possibility of eating. Now he will have to reinstate it, because in this mandate he inherits the sad burden of 33 million new compatriots without the guarantee of eating.

He announced. “If we are able to export food to the whole world, we have to be able to make Brazilians eat breakfast, lunch and dinner every day. That is my biggest commitment,” he said in his first speech.

Other social programs, as part of the change he announced to Brazil since his first term, contributed to close the inequality gap that has reopened, and give him credit as president. Perhaps some of them could be re-edited; for example, the Bolsa Familia and Luz para Todos plans, which benefited millions of households and contributed to income redistribution.

In addition to narrowing social gaps, Lula had achieved a take-off that endorsed his economic policy: by the end of his first two terms (2003-2006, 2007-2010) Brazil had quadrupled its GDP, and inflation, which stood at 12.5 percent, had dropped to 3.14 percent, just to mention two indices.

What was called a new middle class emerged.

A man capable not only of social mobilization, but also of weaving alliances with other forces in the political arena, and doing so without delegitimizing himself, Luiz Inácio da Silva has once again demonstrated this potential to achieve consensus with the formation of the Brazil of Hope coalition, which brings together a dozen political forces headed by the Workers’ Party (PT).

The clearest example is the choice of its vice-president, former governor Geraldo Alckmin, coming from the Brazilian social democracy and who in 2006 was his rival in the elections.

This virtue to unite, and the conformation of a broad anti-Bolsonarist front, has also been important for the new triumph, and he will have to fertilize the path he is starting to follow in order to, as he has said, demonstrate that the country is one Brazil.

It will be a new success for the once-young metal worker who became president three times.

KKE on Results of the July 7th Parliamentary Elections

….and now Lula, once more as President, has also an highly effective “Chief of Staff” – the President of the PT Party, the lawyer and ex-senator GLEISI HOFFMANN ! Her admired administrative work habits have earned her the name “The Tractor” ….