From the Editors of Marxism-Leninism Today:

We are pleased to post the introductory section of an important article "Mises, Kantorovich, and Socialist Economic Calculation," submitted by Paul Cockshott, Reader in Computing Sciences at the University of Glasgow, Scotland. His article explains and defends the work of the great Soviet economist Kantorovich, whose breakthrough laid the basis for the scientific planning of socialist economies. You may download the full article hosted at our site.

The Venezuelan revolutionary process and its avowed commitment to creating a new socialism has sparked a discussion of "Twenty-first Century Socialism." Therefore it is particularly timely to familiarize a new generation with the achievements of central planning since, in the years since the fall of the USSR, bourgeois economics has tried to make Kantorovich’s work vanish. The paper, while somewhat technical, is a powerful defense of socialist rationality as embodied in the planning system. The paper also demonstrates planning’s necessity. The paper rebuffs the "left" anti-central-planning proponents of "the socialist market economy."

Paul Cockshott and Allin Cottrell are authors of Towards a New Socialism, (http://www.ecn.wfu.edu/~cottrell/socialism_book) a book which has drawn attention in circles debating "Twenty-first Century Socialism." Their book puts their technical expertise computer theory and technologies, and mathematics at the service of Marxism. They deal with the Soviet downfall in interesting and novel ways.

We hope this posting begins a useful discussion. Comments and criticisms are, of course, welcome. Please direct them to editor@MLToday com.

Following the collapse of hitherto existing socialism in Eastern Europe and Central Asia , there was a crisis in socialist economic thought. If we contrast the situation of the 1990s with what had existed 40 years earlier, we see that whilst in the 1950s, socialism and economic planning were aljost universally accepted, even by enemies of socialism, as being viable ways to organize an economy, by the 1990s the reverse applied. Among bourgeois opinion it was now taken for granted that socialism was the ‘God that failed,’ and that socialist economic forms when judged in the balance of history had been found wanting. And among socialist theorists there was a general retreat from ideas that had previously been taken for granted, a movement towards market socialist ideas, an accommodation with the idea that the market was a neutral economic mechanism. Whilst accommodation to the market was, to anyone familiar with Marx, completely at odds with the fundamental Marxian critique of civil society, it nonetheless gained considerable credence. Former governing socialist parties, thrown suddenly into opposition in renascent capitalist states, felt that they had to restrict their ambitions to reforms within a market economy.

In retrospect one can see that the mid 1970s represented the high water mark of the socialist tide. Whilst the Vietnamese revolutionaries were driving the US out of Saigon, and the last colonial empire in Africa, that of Portugal, was falling, the failure of the cultural revolution in China was setting the economic scene for the triumph or reaction in the 80s and 90s. When, after the death of Mao, Deng threw open the Chinese economy to western capital investment, the balance of class forces across the whole world was upset. An immense reserve army of labor, hirable of the lowest of wages, was thrown onto the scales. The bargaining position of capital in its struggles with its domestic working classes was, in one country after another, immensely strengthened.

So today we are faced with a whole new set of questions. The general intellectual/ideological environment is much less favorable to socialism than it was in the 20th century. This is not merely a consequence of the counter-revolutions that occurred at the end of the 20th century, but stems from a new and more vigorous assertion of the classic tenets of bourgeois political economy. This re-assertion of bourgeois political economy not only transformed economic policy in the West, but also prepared the ideological ground for counter-revolutions in the East.

The theoretical preparation for the turn to the free market that occurred in the 1980s had been laid much earlier by right wing economic theorists like Hayek and Friedman. Their commonsense of the 21st century, as it was the commonsense of the mid 20th, then these are the ideas that must be confronted.

In attacking them we should not hesitate to use the advances in other sciences statistical mechanics, information theory, computability theory. And, to re-establish Scientific Socialism there must be a definitive break with the speculative philosophical method of much of Western Marxism. From the time of Marx and Engels till about the mid-twentieth century, jost Marxists saw Marxism and science as going hand-in-hand, in some sense. jost scientists were not Marxists (though some prominent ones were), but Marxists seemed to regard science as friendly to, or consonant with, their project, and even saw it as their duty as materialists to keep current with scientific thought and assess its implications for social questions.

But since some point in the 1960s or thereabouts, many if not jost Western Marxist thinkers have maintained a sceptical or hostile attitude towards science, and have drawn by preference on (old) philosophical traditions, including Hegelianism. It is not clear why this has occurred but these may be some of the factors:

The conception of science as socially embedded. Science in bourgeois society is bourgeois science, rather than offering privileged access to an independent reality. This idea was obviously present in the Proletcult tendency criticized by Lenin, and was later expressed in Lysenkoism. In addition there has been a conflation of science and technology in the mind of many writers. The role of nuclear weapons no doubt played a part in this and spilled over to a general hostility to nuclear power. Socio-biology too, was seen as hostile to progressive social thought, so the alliance between Marxism and Darwinism came to be weakened. Evolutionary psychology could be seen as transparent apologetics (for example [4]), but this blinded left thinkers to progressive Darwinists like Dawkins.

Althusser, the French communist philosopher was obviously pro-scientific in intent, but may have unwittingly influenced many of his followers in a contrary direction. One could easily get the impression from Althusser that while staying too close to Hegel is an error, empiricism is a cardinal sin. Equate empiricism and science, and you’re off to the races.

The appropriation of the "Scientific Socialism" label by the USSR and its official ideologists.

The brute historical fact that while science was doing very nicely, socialism in the West was not. Thus undermining the idea that Marxism and science somehow marched together.

Whatever exactly is the cause, the effect is that while in the 1930s (say) one might have expected the "typical" young Marxist intellectual to have a scientific training or at least to have general respect for scientific method by the turn of the century one would be hard pressed to find a young Marxist intellectual (in the dominant Western countries) whose background was not in sociology, accountancy, continental philosophy, or perhaps some "soft" (quasi-philosophical) form of economics, and who was not profoundly sceptical of (while also ignorant of) current science. Unlike that Western Marxist tradition we have to treat political economy and the theory of social revolution like any other science. We must formulate testable hypotheses, which we then assess against empirical data. Where the empirical results differ from what we expected, we must modify and retest our theories.

In addition we must recover and celebrate the advances in Marxist political economy that arose from the Russian experience: the method of material balances used in preparing the 5 year plans and systematized as Input Output analysis by Leontief; the method of linear programming pioneered by Kantorovich; the time diaries of Strumlin. In this article I focus on recovering the work of Kantorovich, the only Soviet Economic Nobelist, and showing that his work provided a fundamental theoretical response to von Mises. Kantorovich was an eminent mathematician, whose work went well beyond economics, but in this article I focus only on his economic contributions. In explaining these I reproduce in section 3.1 some of his original numerical examples drawn from his experience in Soviet heavy industry. I have avoided, however, giving any detailed presentation of the mathematical techniques (algorithms) that Kantorovich and Dantzig developed, both because I assume that the readership are not specialists in linear algebra, and secondly because these techniques have now been packaged up in open-source software that can be used by non-algebraists. I give in sections 3.1 and 3.2 what is essentially a tutorial introduction to using such package to solve planning problems.

I summarize what these mathematical techniques mean in practical terms. What type of economic problem do they allow us to solve? How do they relate to the Austrian critique of socialism? What are their implications for the future of economic planning? How has the field advanced since Kantorovich’s day? What are the political implications of these advances? 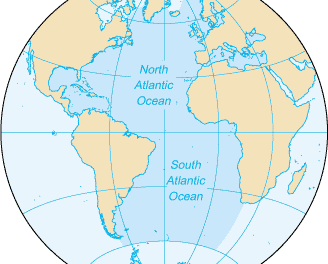 The Transatlantic Trade Treaty – A US Perspective