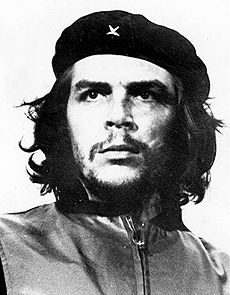 Translator’s introductory note:  Pablo González Casanova formerly was rector of the National Autonomous University of Mexico. On October 14, 2015 he addressed the “International Symposium on the Cuban Revolution, its Genesis and Historical Development” taking place over four days in Havana. He spoke about “Cuba’s Contribution to the Goals and Understanding of World Revolution.” On November 4 those remarks appeared as an article on the website of Mexico’s La Jornada newspaper. The title was “Cuba and the Future of Humanity,” (http://www.jornada.unam.mx/ultimas/2015/11/04/cuba-y-el-futuro-de-la-humanidad-3632.html)

The last several paragraphs of González’ very long article in La Jornada showed up on websites in Cuba, as did the complete article. The short version appears in English below. There the author points out that Cuban socialism has to do with moral and ethical values. He sees Cuban socialists as having moved beyond the sole task of satisfying workers’ material interests to dealing with crises looming over all humankind.

According to a news report, González highlighted “a new contradiction in the history of humankind and of capitalism … He warned of grave dangers … exemplified by the disappearance of vertebrate species [and] an expected increase in global warming of four degrees centigrade by 2100.”(trabajadores.cu, October 15, 2015) In his address, González warned that, “we face very grave situations with destruction of life … The organization of life and of work in the world currently is really frightening.”

González states in La Jornada that, “[T]hinking about Cuba and its role in the future of the world may be very important so that we might be able to analyze possible solutions for the world beginning with Cuba’s experience … The future will be quite different if we fight and do what Cuba has done. [Cuba] has fought with deeds to break up the false contradiction between democracy and socialism.”

Cuban socialists, ex- President Fidel Castro in particular, label their turn to ethics and morality as a battle of ideas. In the segment of González’ article appearing below, he explores Castro’s observations taken from the leader’sspeech at the University of Havana on November 17, 2005. That wide –ranging talk, delivered six months before illness forced Castro to leave his presidency, was his last opportunity for offering a comprehensive survey of prospects and problems. He discussed Cuban young people, revolution, Cuban and U. S. history, imperialism, domestic challenges, and especially corruption within Cuban society and government.

Recognizing what’s new in the dialectic of history, or the new dialectic of history, involves being aware of concrete possibilities offered by the Cuban project and recognizing in it the realization, for many, of an historical longing. That project respects the diversity of beliefs, ideologies, races, sexes, sexual inclinations, and [different] ages, and pairs up freedom with individual and social justice, while deriving its principal goal and value from both.

Cuba is a country that has shown an immense capacity for struggle and negotiation, yet has never renounced its values and central objectives at any time during struggle or negotiation. The new dialectic seems to indicate that as phenomena of struggle and negotiation play out in the future, democratic socialism and individual and social justice will be non-negotiable. What still has to be negotiated are alternatives that allow for a transition to a world capable of preserving life, justice, freedom and the sovereignty of peoples, workers, and citizens.

In regard to Cuba’s course of resistance and struggle on behalf of its project of emancipation, nothing could be more appropriate than to recall those educational and revolutionary speeches of Fidel at the beginning of the Cuban Revolution when he was speaking for hours and hours in the Plaza of the Revolution to people from the countryside and to all of his people. He did so in order that their will, consciousness, and knowledge of the Revolution’s values and goals might blossom. Today, illiteracy has disappeared and school enrollment is universal and extends to the highest levels. Contingents of the Cuban people are organized the length and breadth of the country and the immense majority of them identify with the values of the revolution.

And now their knowledge, their consciousness, and their will enable them, through the island’s government, to make crucial decisions. This has happened on numerous occasions when the idea of international or civil war actually destroying the revolution was clearly demonstrated to be impossible. If all of this is so, then nothing would be better for winning the new struggle posed by diplomatic relations with the United States than to take words from the speech Fidel delivered not long ago at the University of Havana and put them into practice. Fidel did not deliver his speech before peasants and country people but to their children who listened to him alongside young people from those middle sectors that Cuban society is preparing now, according to Fernando Martínez Heredia.

From Fidel’s words, a strategy can be very clearly figured out for the youth and people of Cuba to follow in the present world, and also a strategy to be followed by representatives of the military, business, media, and political complex of the United States and other governments and corporations of the capitalist world, if they dare to know the truth, and opt for a politics that assures life on the plant. A journey like that, far from being unbelievable, corresponds to a reality that is expressed here and there in the long speech – with words and expressions like the following about our own current and potential power: “We possess nuclear arms by virtue of the invincible power of moral armament.”

Those are the exact words; the strategy of resistance of the Cubans and other peoples is in the power of their moral weaponry and in their making a show of it against the politics of collusion, cooptation, corruption, and intimidation which led to the restoration of capitalism in the so-called socialist camp. “The youth of today have to fight” – Fidel said – “with moral arms above ideas of their [social] class.” Youth have been fighting that way throughout the history of Cuba and the world. That was how Fidel, “son of a landowner,” began to fight. And Fidel added: all “thinking men” read and will read Marti. He was the one who turned moral considerations into an invaluable revolutionary concept.

And now thinking about the earth, about the planet, Fidel extoled “the extremely short history during which the human species has been searching for a just society … to confront a repugnant system,” like the present one. He pointed out that “we are facing a great battle that we have to and are going to wage, and that we are going to win, and one that is important.” Repeatedly he envisioned struggle targeting parasites and scoundrels trading in undercover markets. He saw them as being among the main enemies of a just society. “We are involved in a battle,” he said in his speech, “against vices, against deviation of resources, against stealing. They were all part of that force we weren’t reckoning with before the battle of ideas began, which was created to wage that battle.”

“There should be no truce with anyone in that battle,” he asserted, adding that, “Everything will be called by its name.” “I will appeal to the honor of each sector,” he declared, in order that self-criticism does not remain just that and nothing more, with us failing to exact penalties for the immense damage caused by “scoundrels.” These are the words he used. And he added others that were about the type of resistance to be used in struggle against that immensely powerful weapon of imperialism: individualism. What that amounts to is treason against the emancipation project in favor of personal or family interests, or group or clientele interests.

And serving that limited interest does immense harm to liberation, to emancipation, to the revolution. He also recalled a personal experience that is very significant for ecumenical action in Cuba. He had moved from utopian communism to Marxism, and when he had gone to Chile in 1971, he had confirmed that, in his consideration of religious ideas, it was necessary to add, along with Liberation Theology, “the idea of uniting forces and struggles.” And in that respect he was once more giving credit to morality as force. He said: “ethical values are essential, without ethical values there are no revolutionary values.”

Many other leadership guidelines for a strategy of resistance and struggle for justice, freedom, and life may be deduced from the text. But I wish to limit myself to problems Fidel poses for the entire world and have the following question: “Can or cannot men – or a society – keep revolutions from collapsing?” And he makes it clear that if one fights on with honesty, seriousness, discipline, and unceasing work, and if one recognizes that no one knows what the whole unfolding historical process is going to be – or all that we will be discovering – and if our determination to teach and learn is recognized, and if it’s remembered that one cannot trust imperialism and that “there are millions of Cubans prepared for a war by all the people,” and lastly if we achieve “the total absence of fear,” then [in such circumstances] not only will the achievements of the revolution be preserved, but “one will be able to say in the voice of millions or of hundreds or of thousands of millions: It’s worthwhile to have been born! It’s worthwhile to have lived!”

And with those words [of Fidel Castro] I end my own, confident that Cuba and humanity will obtain justice and life on earth. 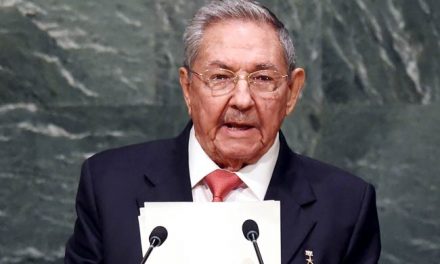 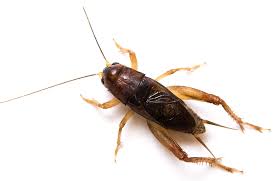