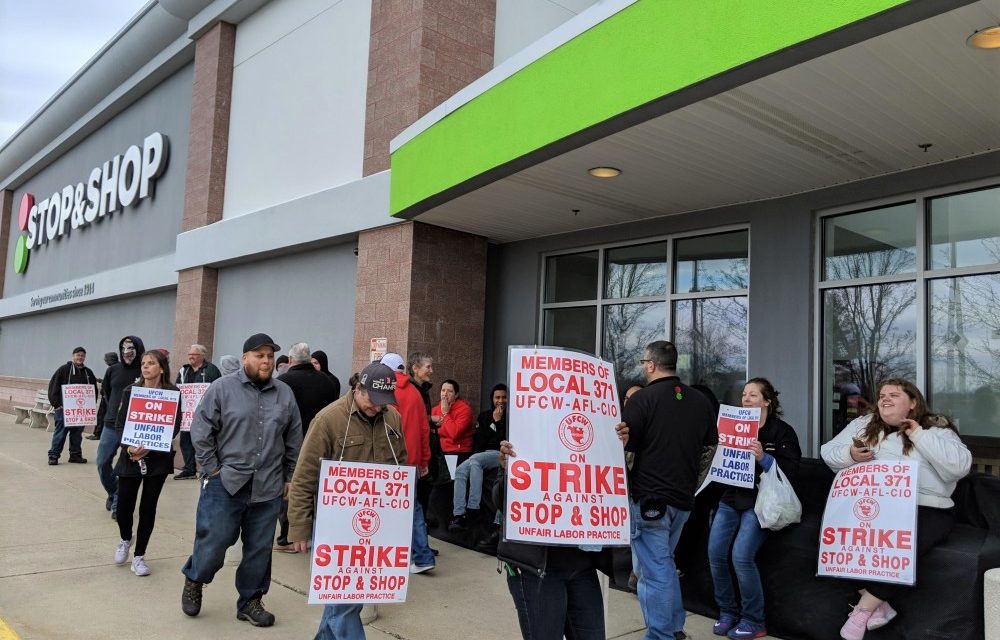 For decades, the decline of the American labor movement corresponded to a decline in major strike activity. But new data released by the Bureau of Labor Statistics, or BLS, indicates a recent and significant increase in the number of Americans who are participating in strikes or work stoppages. As a report from the left-leaning Economic Policy Institute explained on Tuesday, strike activity “surged” in 2018 and 2019, “marking a 35-year high for the number of workers involved in a major work stoppage over a two-year period.” 2019 alone marked “the greatest number of work stoppages involving 20,000 or more workers since at least 1993, when the BLS started providing data that made it possible to track work stoppages by size.” Union membership is declining, but workers themselves are in fighting shape.

EPI credits the strike surge to several factors. Unemployment is low, which bestows some flexibility on workers depending on their industry. If a work environment becomes intolerable or an employer penalizes workers for striking or organizing, a worker could find better employment elsewhere. (Though federal labor law does prohibit employers from retaliating against workers for participating in protected organizing activity, employers often do so anyway, and under Trump, the conservative makeup of the National Labor Relations Board disadvantages unions when they try to seek legal remedies for the behavior.)

The other reason undermines one of Donald Trump’s central economic claims. Though the president points to low unemployment as proof that his policies are successful, the economy isn’t booming for everyone. Wage growth continues to underperform. People can find jobs, in other words, but those jobs often don’t pay well. As the costs of private health insurance rise, adding another strain on household budgets, Americans are finding that employment and prosperity are two separate concepts.

Without a union, exploited workers have few options at their disposal. They can take their concerns to management, and hope someone in power feels pity. They can stage some kind of protest, and risk the consequences. Or they can find another job, and hope their new workplace is more equitable than the last. Lackluster wage growth suggests that this last option is not as viable as some right-to-work advocates claim. Unions afford workers more protection. Not only do they bargain for better wages and benefits, union contracts typically include just-cause provisions, which make it more difficult for managers to arbitrarily fire people for staging any sort of protest at work. Discipline follows a set process, which gives a worker chances to improve. Retaliation still happens, but would likely happen more often were it not for union contracts, which are designed to act as a layer of insulation between workers and managers with ill intent.

The new BLS data reveals that despite their relatively small numbers, unionized workers are exercising the power afforded them by their contracts. Elected officials ought to listen to what this activity tells them. A strike wave is a symptom that the economy is actually not as healthy as it superficially looks. Nobody withholds their labor unless they’ve exhausted all other options. Strikes and stoppages stem from exasperation, sometimes even desperation. Workers know they’re playing a rigged game, and they’re running out of patience.