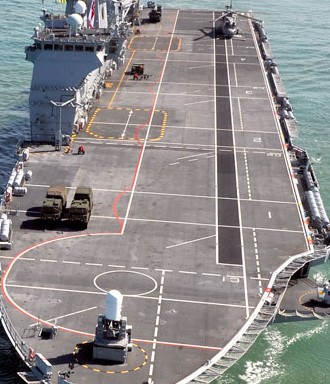 On Monday, the German frigate Bayern [Bavaria] will set sail for East Asia, where western powers are stepping up their combat exercises. US military officials are warning of a possible war in the near future.

BERLIN/BEIJING – With its deployment of the frigate Bayern to East Asia on Monday, Germany is joining the rapid expansion of western war maneuvers in China’s close vicinity. In the fall, the frigate Bayern will conduct operations for monitoring US sanctions against North Korea and subsequently set off for home through the South China Sea.

Following naval exercises in the Bay of Bengal in early April, the French armed forces have conducted joint air combat exercises with US jets in Hawaii this month and specially relocated several Rafale fighter jets to its overseas territory French Polynesia in the middle of the South Pacific. The US air force is currently holding a maneuver that experts view as a realistic trial-run for war with China under contemporary conditions. High-ranking US military officials suggest that war is possible in the near future.

The Tour of the Frigate Bayern

This coming Monday, the frigate Bayern will set off for its tour to East Asia scheduled to last more than half a year. On its way, the frigate will first participate in NATO’s Operation Sea Guardian in the Mediterranean and then in the EU’s Operation Atalanta at the Horn of Africa. After its passage through the Indian Ocean, the tour continues through the Strait of Malacca; port-calls were also planned in allied Australia.[1] The official highlight will be its participation in monitoring UN sanctions against North Korea. In this context, according to the German government, the frigate Bayern will contribute to the “assessment of the maritime situation” by “observing and reporting suspicious activities and by establishing contact with suspicious ships.”[2] On its return cruise, the frigate will transit the South China Sea. It will, however, refrain from the most severe forms of provocation, such as transiting the Taiwan Strait and entering the twelve-mile zones around the islands claimed by China.[3] According to reports, the German government is seeking to negotiate a stopover in a Chinese port. It is not clear whether Beijing will accept this purported gesture of de-escalation.

While the frigate is embarking, the armed forces of other western powers are intensifying their operations in both the South China Sea and the Pacific. Yesterday, the UK Carrier Strike Group led by the new aircraft carrier HMS Queen Elizabeth entered the South China Sea. The Strike Group that was joined by war ships from the Netherlands and the USA, and US F-35 fighter jets as well, had previously conducted exercises with the armed forces of Malaysia, Thailand and India and most recently with Singapore’s navy, after being only partially operational due to various cases of Covid-19 and technical problems.[4] More joint exercises with warships from third countries are planned over the next few days and weeks. The Strike Group will continue its tour through the South China Sea to the Philippine Sea, for a joint exercise with Japanese armed forces, before heading home.[5] In late August, London will also deploy two patrol boats to Asia, where, according to the British Defense Minister Ben Wallace, the British Navy plans to permanently station two war ships.[6]

The French military is also expanding its activities in Asia. In early April, for example, together with the militaries of the “Quad” countries (the USA, Japan, Australia, India) France conducted a joint naval maneuver (“Le Perouse”) in the Bay of Bengal (german-foreign-policy.com reported.[7]), and around three weeks ago the “Heifara-Wakea” combat exercise in the middle of the Pacific was ended. Initially, the exercise had involved 3 Rafale fighter jets, an A330 MRTT refueling aircraft, and 2 A400M cargo planes sent from France to Tahiti, with a single stopover at Travis Air Force Base outside San Francisco. Tahiti is the main island of France’s overseas territory of French Polynesia in the South Pacific. That is where France maintains one of its two Pacific Ocean military bases – the other is in the Southwest Pacific, in New Caledonia. The French pilots, who had been flying two sorties daily during the maneuvers, finished the exercises with a joint training with US F-22 stealth jets taking off from a base on Hawaii, to the north of French Polynesia. The maneuver was a rousing success, according to Gen. Philippe Lavigne, the Chief of French Air and Space Force (FASF): “it proved that it is possible to cooperate with allies,” to demonstrate the type of operational credibility needed in high end conflicts in the increasingly competitive Pacific.[8]

On the other hand, the US military has just redeployed more than two dozen F-22 “Raptor” stealth fighters, ten Boeing F-15E fighter bombers as well as two C-13J “Hercules” cargo planes to the “Operation Pacific Iron” maneuvers in the Western Pacific. In the event of war, the F-22s would be immediately engaged at the very beginning of combat, to take out enemy air defenses. Experts point out that usually a maximum of 12 of these planes simultaneously participate in exercises[9] – an indication that “Pacific Iron” is of extraordinary significance. Another special feature lies in the fact that the planes will not be taking off from larger US bases in Japan and South Korea, or Guam, but rather from smaller airports on Guam or on the island of Tinian in the Marianas.[10] This is how the US Air Force is taking into account the fact that China’s military, with its powerful missile forces, is capable of comprehensibly destroying enemy runways in a very short time. Therefore, so as not to lose combat strength, the US Air Force is now redeploying its F-22s to various smaller airfields. It practices “precisely the operations, that it would carry out in the event of a major crisis or a war,” as the former Australian Air Force officer, Peter Layton (today, an expert at the Griffith Asia Institute) was quoted.[11]

The intensification of western maneuvers and their growing focus on combat missions, which are highly realistic under current circumstances, coincide with prognoses by high-ranking US military officials, predicting that a war between the United States and China is probable in the near future. For example, recently NATO’s former Supreme Allied Commander Europe (SACEUR), Ret. Adm. James G. Stavridis, was quoted with the prognosis that “our technology, network of allies and bases in the region, still overmatch China” – for now.[12] However, “by the end of the decade – if not sooner” the People’s Republic “will be in a position” to “challenge the US” at least “in the South China Sea.” Recently Stavridis published a novel in which he depicted a fictional war erupting between the USA and China in 2034.[13] In the meantime, he considers “we may not have until 2034 to prepare for this battle – it may come much sooner.” Some of his colleagues in the military are predicting that “it is not about 2034,” the Big War could come earlier – possibly even “2024 or 2026.”[14]

For more information on this subject see: The Big War, our book review “Ami go home!” as well as our video column War against China.

[8] Murielle Delaporte: Inside The ‘Laboratory Of Premieres’ For French Air Power. breakingdefense.com 12.07.2021. 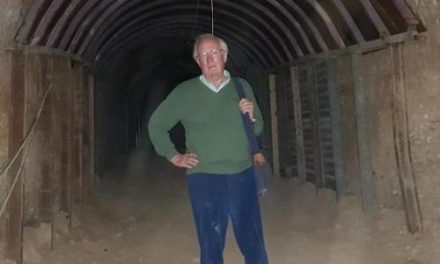 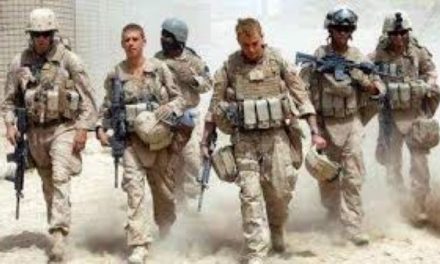 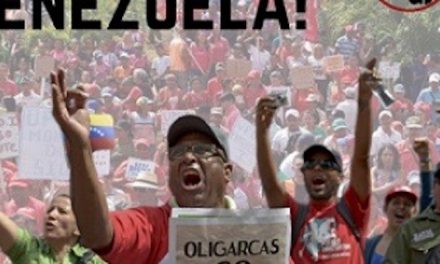