Nazareth -Â  As protests raged again across the Middle East, Benjamin Netanyahu, IsraelÂs prime minister, offered his assessment of the Arab uprisings last week. It was, he said, an ÂIslamic, anti-western, anti-liberal, anti-Israeli, undemocratic wave,Â adding that IsraelÂs Arab neighbors were Âmoving not forwards, but backwards.Â

It takes some chutzpah Â or, at least, epic self-delusion Â for IsraelÂs prime minister to be lecturing the Arab world on liberalism and democracy at this moment.

In recent weeks, a spate of anti-democratic measures have won support from NetanyahuÂs right-wing government, justified by a new security doctrine: see no evil, hear no evil and speak no evil of Israel. If the legislative proposals pass, the Israeli courts, IsraelÂs human rights groups and media, and the international community will be transformed into the proverbial three monkeys.

The bill effectively divides nongovernmental organizations (NGOs) into two kinds: those defined by the right as pro-Israel and those seen as Âpolitical,Â or anti-Israel. The favored ones, such as ambulance services and universities, will continue to be lavishly funded from foreign sources, chiefly wealthy private Jewish donors from the United States and Europe.

The ÂpoliticalÂ ones Â meaning those that criticize government policies, especially relating to the occupation Â will be banned from receiving funds from foreign governments, their main source of income. Donations from private sources, whether Israeli or foreign, will be subject to a crippling 45 percent tax.

The grounds for being defined as a ÂpoliticalÂ NGO are suitably vague: denying IsraelÂs right to exist or its Jewish and democratic character; inciting racism; supporting violence against Israel; supporting politicians or soldiers being put on trial in international courts; or backing boycotts of the state.

One human rights group warned that all groups assisting the UNÂs 2009 report by Judge Richard Goldstone into war crimes committed during IsraelÂs attack on Gaza in winter 2008-09 would be vulnerable to such a law. Other organizations like Breaking the Silence, which publishes the testimonies of Israeli soldiers who have committed or witnessed war crimes, will be silenced themselves. And a Palestinian NGO said it feared that its work demanding equality for all Israeli citizens, including the fifth of the population who are Palestinian, and an end to Jewish privilege would count as denying IsraelÂs Jewish character.

Media and human rights groups fear for the worst

At the same time Netanyahu wants the Israeli media emasculated. Last week his government threw its weight behind a new defamation law that will leave few but millionaires in a position to criticize politicians and officials. Netanyahu observed: ÂIt may be called the Defamation Law, but I call it the Âpublication of truth law.ÂÂ The media and human rights groups fear the worst.

This monkey must speak no evil.

Another bill, backed by the justice minister, Yaacov Neeman, is designed to skew the make-up of a panel selecting judges for IsraelÂs high court. Several judicial posts are about to fall vacant, and the government hopes to stuff the court with appointees who share its ideological worldview and will not rescind its anti-democratic legislation, including its latest attack on the human rights community. NeemanÂs favored candidate is a settler who has a history of ruling against human rights organizations.

Senior legislators from NetanyahuÂs party are pushing another bill that would make it nearly impossible for human rights organizations to petition the high court against government actions.

The judicial monkey should see no evil.

At one level, these and a host of other measures Â including increasing government intimidation of the Israeli media and academia, a crackdown on whistle-blowers and the recently passed boycott law, which exposes critics of the settlements to expensive court actions for damages Â are designed to strengthen the occupation by disarming its critics inside Israel.

But there is another, even more valued goal: making sure that in the future the plentiful horror stories from the occupied West Bank and Gaza Strip Â monitored by human rights organizations, reported by the media and heard in the courts Â never reach the ears of the international community.

The third monkey is supposed to hear no evil.

The crackdown is justified in the Israeli rightÂs view on the grounds that criticism of the occupation represents not domestic concerns but unwelcome foreign interference in IsraelÂs affairs. The promotion of human rights Â whether in Israel, the occupied territories or the Arab world Â is considered by Netanyahu and his allies as inherently un-Israeli and anti-Israeli.

The hypocrisy is hard to stomach. Israel has long claimed special dispensation to interfere in the affairs of both the European Union and the United States. Jewish Agency staff proselytize among European and American Jews to persuade them to emigrate to Israel. Uniquely, IsraelÂs security agencies are given free rein at airports around the world to harass and invade the privacy of non-Jews flying to Tel Aviv. And IsraelÂs political proxies abroad Â sophisticated lobby groups like AIPAC in the US Â act as foreign agents while not registering as such.

Of course, IsraelÂs qualms against foreign meddling are selective. No restrictions are planned for right-wing Jews from abroad, such as US casino magnate Irving Moskowitz, who have pumped enormous sums into propping up illegal Jewish settlements built on Palestinian land.

There is a faulty logic too to IsraelÂs argument. As human rights activists point out, the areas where they do most of their work are located not in Israel but in the West Bank and Gaza Strip, which Israel is occupying in violation of international law.

Privately, European embassies have been trying to drive home this point. The EU gives Israel preferential trading status, worth billions of dollars annually to the Israeli economy, on condition that it respects human rights in the occupied territories. Europe argues it is, therefore, entitled to fund the monitoring of IsraelÂs treatment of the Palestinians. MoreÂs the pity that Europe fails to act on the information it receives.

Given the rightÂs strengthening hand, it can be expected to devise ever more creative ways to silence the human rights community and Israeli media and emasculate the courts as way to end the bad press.

NetanyahuÂs goal of turning the clock back decades

Israelis are obsessed with their countryÂs image abroad and what they regard as a ÂdelegitimizationÂ campaign that threatens not only the occupationÂs continuation but also IsraelÂs long-term survival as an ethnic state. The leadership has been incensed by regular surveys of global opinion showing Israel ranked among the most unpopular countries in the world.

The PalestiniansÂ recent decision to turn to the international community for recognition of statehood has only amplified such grievances.

Israel has no intention of altering its policies, or of pursuing peace. Rather, NetanyahuÂs government has been oscillating between a desperate desire to pass yet more anti-democratic legislation to stifle criticism and a modicum of restraint motivated by fear of the international backlash.

A cabinet debate last month on legislation against human rights groups focused barely at all on the proposalÂs merits. Instead the head of the National Security Council, Yaakov Amidror, was called before ministers to explain whether Israel stood to lose more from passing such bills or from allowing human rights groups to carry on monitoring the occupation.

Deluded as it may seem, NetanyahuÂs ultimate goal is to turn the clock back forty years, to a Âgolden ageÂ when foreign correspondents and western governments could refer, without blushing, to the occupation of the Palestinians as Âbenign.Â

Donald Neff, Jerusalem correspondent for Time magazine in the 1970s, admitted years later that his and his colleaguesÂ performance was so feeble at the time in large part because there was little critical information available on the occupation. When he witnessed first-hand what was taking place, his editors in the US refused to believe him and he was eventually moved on.

Now, however, the genie is out the bottle. The international community understands full well Â thanks to human rights activists Â both that the occupation is brutal and that Israel has been peace-making in bad faith.

If Israel continues on its current course, another myth long accepted by western countries Â that Israel is Âthe only democracy in the Middle EastÂ Â may finally be shattered.

December 3,Â  2011
A version of this story was first published in the National, Abu Dhabi. 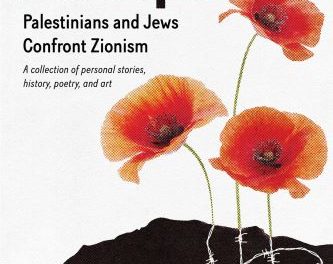 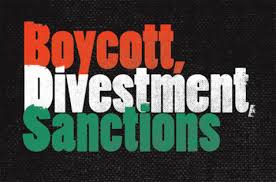