According to new Credit Suisse data, nearly 50 million of America’s 243 million adults are part of the world’s poorest 10%.
By Paul Buchheit
October 19, 2015

Bernie Sanders showed his outrage about inequality at the Democratic Debate, and more and more Americans are understanding his message. Indignation is likely to grow with new data from the Credit Suisse Global Wealth Databook, which reveals the wealthy elite’s continuing disdain for the poor, for the middle class, and for people all around the world.

Some of the most troubling disparities are hidden in the myriad tables of this remarkably comprehensive publication. The purpose here is to translate the numbers into wealth gap realities that victimize the great majority of Americans. Details can be viewed at You Deserve Facts.

1. At the Bottom: Of the Half-Billion Poorest Adults in the World, One out of Ten is an American

That seems impossible, with so many extremely poor countries, and it requires a second look at the data, and then a third look. But it’s true. In the world’s poorest decile (bottom 10%), one out of ten are Americans, many of whom are burdened with so muchdebtthat any remnant of tangible wealth is negated. Other nations have high debt, most notably in Europe, but without an excessive burden on their poorest citizens.

Incredibly, then, nearly 50 million of America’s 243 million adults arepart of the world’s poorest 10%. In contrast, over 110 million American adults areamong the world’s richest 10%.

2. At the Top: The Richest 1/10 of American Adults Have Averaged Over $1 Million Each in New Wealth Since the Recession

Housing rebound? Mostly for the rich, along with their taking of almost all the financial wealth. Total U.S. wealth increased by a stunning 60 percent since 2009, from $54 trillion to $86 trillion, but 3/4 of that massive increase went to the richest 10% of Americans.

The average one-percenterhas accumulated $5 MILLION since the recession.

3. In the Middle: The US is the Only Region Where the Middle-Class Does Not Own Its Equivalent Share of Wealth

The Credit Suisse Global Wealth Report states: “The average wealth of middle-class adults in North America is barely half the average for all adults. In contrast, middle-class wealth per adult in Europe is 130% of the regional average; the middle class in China is three times better off in wealth terms than the country as a whole; and the average wealth of the middle class in both India and Africa is ten times the level of those in the rest of the population.”

4. In the Upper-Middle: For a Full 70% of Americans, Percentage Ownership of National Wealth is One of the Lowest in the World

That’s 70%. Not just the most impoverished, or the poorest half, but a full 70% of us are near the bottom of the world in percentage of wealth ownership. Just 6.9 percent of the wealth is owned by 70% of us. All other reporting nations range between about 13 and 30 percent.

5. The Big Picture: Only Kazakhstan, Libya, Russia, and Ukraine Have Worse Wealth Inequality than the United States

That’s among countries with at least a million adults (see details for a discussion of the outlier Denmark). The global Gini [the Gini Coefficient is a measure of inequality.  Higher means more unequal] is also higher, at .91, reflecting the dramatically greater disparity between nations rather than within them.

Barack Obama once said, “I believe America is exceptional.” The inequality data proves him right.

Paul Buchheit is a college teacher, an active member of US Uncut Chicago, founder and developer of social justice and educational websites (UsAgainstGreed.org, PayUpNow.org, RappingHistory.org), and the editor and main author of “American Wars: Illusions and Realities” (Clarity Press). 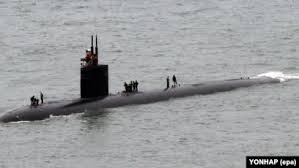