On March 2 and 3, the 20th Congress of the German Communist Party (DKP) took place in the town of MÃ¶rfelden near Frankfurt.

There were important results. Because of the large number of amendments to the main document, ÂResponses to the DKP Crisis,Â the Congress could not discuss all the motions. Therefore, there will be an additional day [of Congress], probably in late May.

The new President of the DKP is Patrik KÃ¶bele, until now one of the three Vice-Presidents, who replaces Bettina JÃ¼rgensen. He received 91 votes, and she won 60 votes. It was the first time that a Congress of the DKP decided on its leadership in a contested vote.

The clear result appears to end a long-standing dispute regarding various viewpoints under discussion among German Communists. New Vice-Presidents are Wera Richter and Hans-Peter Brenner. Comrade Nina Hager was confirmed in office.

With this, the DKP returns to specific positions of proletarian internationalism, Marxism, and Leninism. The tendency that has now lost the majority in the Central Committee, in certain ways, had already lost political leadership in the 19th Congress, in October 2010, when delegates rejected the so-called ÂTheses of the Secretariat,Â which opted for a party without Leninism and an orientation to the ÂmovementsÂ rather than guidance by the interests of the working class.

But that current, now reduced considerably, had remained in command of the DKP, even preserving a slight majority in the Central Committee which did not represent the will of the base organizations of the DKP.

The new leadership of the DKP, on the other hand, aims to focus its work on the same working class, without neglecting a reasonable policy of alliances.

It would thus end the dogmatism of "movement-ism"Â  that was leadingÂ  the German Communist Party to a dead-end. Ever closer to reformist positions and thus closer to the ÂDie LinkeÂ party, which is today a mere electoral party, the DKP would risk its very existence.

It does not rule out alliances with the ÂDie LinkeÂ where meaningful class interests [are shared], for example, in matters of social rights or peace. The DKP returns to struggle from now on, by means of a Communist identity. For this, it wants to Âreturn to the streets,Â said Patrik KÃ¶bele in his words of greeting at the end of the Congress. The DKP wants to be more combative and in the medium term win a vanguard role which was lost long ago and which a section of the party no longer wanted to recover, because it was Âout of fashion.Â

The issue of alliances within the country also is connected to the role of international alliances. For the new leadership of the DKP, the Communist and revolutionary parties take precedence, although contacts with socialist or left parties will not be set side.

At the European level, the participation of the DKP in the Party of the European Left is one of the debates to be held on the aforementioned additional day of the 20th Congress. It is likely that the DKP will maintain its observer status, but refrain from acting during its presidency. [Editor’s note: ELP has a rotating presidency, held for a short period by each member party]

The 20th Congress characterized the role of German imperialism with the thesis that Germany is not only at forefront of reactionary politics in the EU, but it takes advantage of the economic crisis, suggesting that it even intensifies [the crisis]Â  for that purpose.

The new Central Committee is younger and aims to be more combative. With respect to the German trade union movement, the DKP still opts for the single trade union but it wants to place more emphasis on the support of the combative and class tendencies within the eight unions of the DGB (German Trade Union Central). Lately, in Europe, more than before the crisis, it has been noted that unions like the German metalworkers union, IGM, has notÂ  sympathized with work stoppages in the countries of southern Europe. But it supported the closure of factories there, if this preventedÂ  factory closures in Germany.

The first Central Committee meeting, on March 23 and 24, elected the eight members of the Secretariat, responsible for policies of coalition, organization, the DKP’s newspaper "UZÂ [Unsere Zeit, Our Age], Marxist education, policy in workplaces and trade unions, international relations, public relations and finances.

GÃ¼nter Pohl, Secretary of International Relations of the DKP 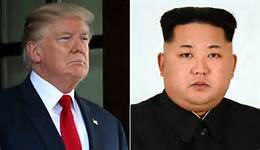 Twenty Years after the Gulf War

The Fight for Socialism is Real Because Capitalism Has Decayed