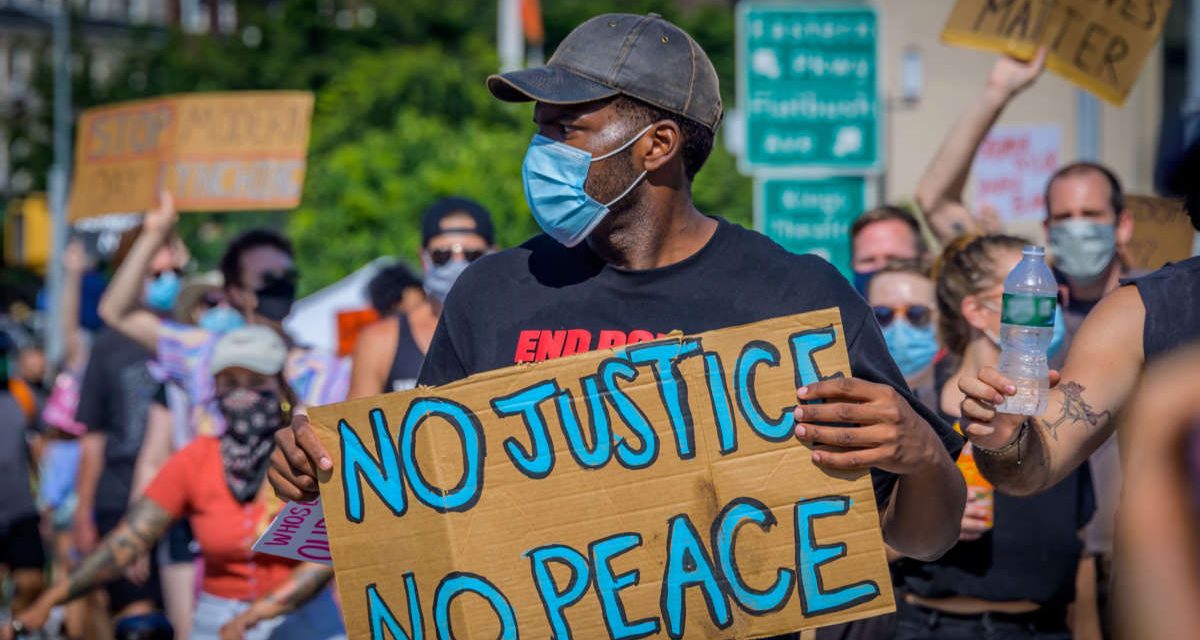 The changes needed are fundamental to a country which puts anti-black racism at the center of politics, law and economics.

The depth of public connection with George Floyd was clear on the day the verdict of his police killer was announced. The moment was awaited with trepidation and the guilty verdict was met with enthusiasm and in some cases outright joy. But at the same time that the world learned the perpetrator’s fate, a 16-year old named Ma’Khia Bryant was also killed by the police.

Police in the United States kill more than 1,000 people every year, an average of three every day. Had young Ms. Bryant been killed on any other date, it is probable that no one outside of her immediate circle would know her name either.

But demands for justice must be expanded beyond the latest police lynching that the media may choose to expose. Black people rank high on the list of every negative measure, such as homelessness or incarceration, and low on that which is positive, such as good health and living wage incomes. There is little in the way of justice, and focusing solely on police snuff films is a poor substitute for meaningful analysis.

The focus on modern day lynch law at the expense of other issues not only hasn’t ended this scourge but it has given scoundrels an entree to practice their con games against Black people. After Floyd was murdered every hustler from Al Sharpton to Nancy Pelosi jumped on the bandwagon to voice fake outrage. Sharpton gives cover to the establishment and protects them like an old school gangster while pretending to fight for the people. As he famously told Joe Biden in a leaked video, “I will never embarrass you.”

Pelosi and Democratic politicians made a mockery of a serious issue with their kente cloth, taking a knee stunt. One would think she couldn’t do any worse but she did. On the day of the verdict she opined that Floyd, “Sacrificed himself for justice.” Pelosi gets away with these insults because Black politics consists of the bottom feeding misleaders who owe their positions to her largesse.

The issues are larger than most of us are willing to admit. The changes needed are fundamental to a country which puts anti-black racism at the center of politics, law and economics. The system demands that Black people be locked up, displaced, red lined, and prevented from having full citizenship rights. Police killings are just one manifestation of a fundamentally unjust nation.

No one is complaining about the verdict aside from Floyd’s killer and other hard core racists. But that doesn’t mean that everyone’s interests are the same. The sigh of relief also belongs to people and institutions who are not our friends. It wasn’t just Pelosi and Congress who took a knee of phony concern, so did corporate CEOs and even police in some instances. The movement was a rare moment of consensus but everyone who took part didn’t do so for the same reason.

While some genuinely sought redress, others wanted good public relations and cynical opportunities to raise a public profile. If the CEO of Chase bank takes a knee, the revolutionary moment has been lost. Aunt Jemima disappearing from the pancake box and the invention of terms like BIPOC are not victories. They are proof of failure.

If we must talk about former cop Derek Chauvin we must be honest. After the murder was filmed and made public the police in Minneapolis acted as they always do. Chauvin and the other police were fired and they hoped the people would be mollified. But they weren’t arrested until someone set fire to a police precinct. Suddenly nonchalance turned to urgency and the killer and his accomplices were arrested and charged.

That moment was the beginning of a just legal outcome. It wasn’t just protest, but protest outside of the bounds that the politicians and CEOS found acceptable. Chauvin was shoved under the bus, lest the burgeoning movement be allowed to take hold and turn into something that couldn’t be controlled.

It is fine to credit prosecutors with the way they handled their case, but thanks must also go to the person or persons who set the police station alight. They are probably more responsible than anyone else for the legal outcome. What little justice we get always comes when someone decides to push the envelope and threaten the system. If we are going to talk about justice it must be with some understanding and not wishful thinking. The verdict was the people’s verdict and that must not be forgotten.