The following comment by Emile Schepers was posted to the People’s World site (www.peoplesworld.org) on the article, "No Other Way to Get There" by Sam Webb (People’s World,Â  June 24, 2010).

I can’t agree that the task of pushing the Democratic Party to the left has to wait until the ultra-right has shriveled up like the Wicked Witch of the West.

That would be a long, long wait. Even under socialism, the ultra-right is likely to survive for a considerable time, and periodically flare up and do harm. Consider the case of Hungary: Recently a big electoral advance shocked the world for the Jobbik party. This party has revived the demands of the old feudal nobility and its hangers on who are angry at the loss of their estates in Slovakia and RumaniaÂ  at the end of the First World War! The tendency ran Hungary in the pre-war years, and then went completely underground during forty years of socialism, and now here it is again.

I agree with Sam Webb that the crucial thing is the grassroots coalition, and also that it is advancing at the base, but I have to note that it is not only the ultra-right and the GOP who work to weaken that coalition, but right-trending sections of the Democratic Party also.

Not all Democratic politicians are crazy about the fact that their party’s victory in 2008 was due to such an extentÂ  to millions of African-Americans, Latinos, poor workers and youth turning out to vote in unprecedented numbers. The Blue Dogs and others ÂÂ  at one level Â were glad to get that vote, but also see in this a threat to themselves, i.e. , to their control of the Democratic Party and the resources, power and patronage it controls.

I was politically active in Chicago inner city communities from 1969 through November 2004. I never missed an election and was often involved, as a poll watcher, canvasser or part of a candidate’s team of advisors. I never was a candidate though. During that time, one of the main dynamics was the effort of the more conservative Democrats, affiliated with the Cook County "Machine," to suppress voter turnout by African Americans, Latinos and other sectors they thought might not support them massively.

This was motivated partly by racism, but much more by the very reasonable fear that if African Americans and other oppressed sectors really became empowered, they would make demands which would interfere with the cozy relationships the leaders of the city had with various financial and industrial corporations; relationships that were so corrupt and anti-people that Chicago journalist Mike Royko said that the city’s Latin motto should be changed from "Urbs in Horto" (City in a Garden) to "Ubi est Mea?" (Where’s mine?). So the "machine" Democratic leadership (not the Republicans, who are as common in Chicago as wooly mammoths) would fiddle with voter registration, schedule elections for dates in which it is likely to snow or sleet, and sometimes simply harass people to keep down the vote.

The tendency of the right wing elements in the Democratic Party to turn away from the core elements of the working class and its allies Â the unions, the minorities, the social movements etc Â is of long standing and is directly related to the links it has to international monopoly capital as well as major economic actors in our own cities, regions etc. They are not merely ideologically backward; they are working to undo what we are trying hardest to do. And it is very harmful to our current efforts, because if it is successful its result will be a tamping down of participation in November 2010 of precisely those voters who made the difference in 2008.

When someone like Cong. Heath Schuler (D-North Carolina) goes out of his way to be the main sponsor of viciously anti-immigrant legislation, or when Blanche Lincoln takes anti-labor positions, this can’t be ignored or swept under the rug. These elements, we must recognize, are also present in the Administration, though they are not the whole story. Some of these elements wouldn’t be brokenhearted if the Democratic Party were to lose its majority in Congress; their frame of reference is their own local political and economic base and they are willing to cut deals with the GOP if necessary to keep that going.

If the Democratic right succeeds, it breaks up the mass coalition, which is the main thing right now. If minorities, immigrants, youth, poor people, people harmed by the BP oil spill in the Gulf, etc etc. think that they are not only being attacked by Republicans, but also sandbagged by Democrats, the result will be demobilization, discouragement and disunity. And when right wing Democrats does these things, we absolutely can’t cover up for them, or we harm our own prestige and ability to have influence. So when Blue Dogs bite, weÂ  have to hit back with criticisms, agitation and if possible help for their opponents in the primaries etc. That has to go on at the same time as our fight against the ultra-right. That’s the dialectical approach.

As for socialism, remember that Lenin tells us that revolutionary change comes when two things happen: The subordinated class can no longer tolerate the way they have been ruled, and the ruling class can no longer rule in the old way. I don’t think that time is upon us. But should it happen that the ruling class faces a crisis before such time that the working class is ready to move, the danger of fascism, an overt and violent seizure of power by the ultra right, arises. So we have to keep organizing, agitating and defending the class base of the movement. 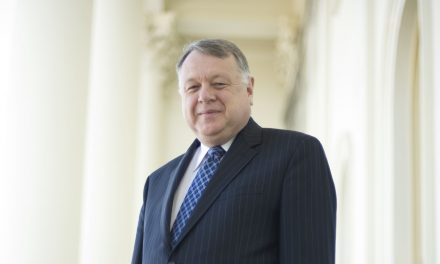 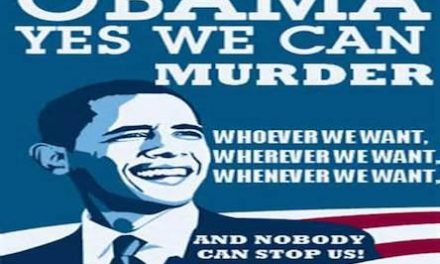