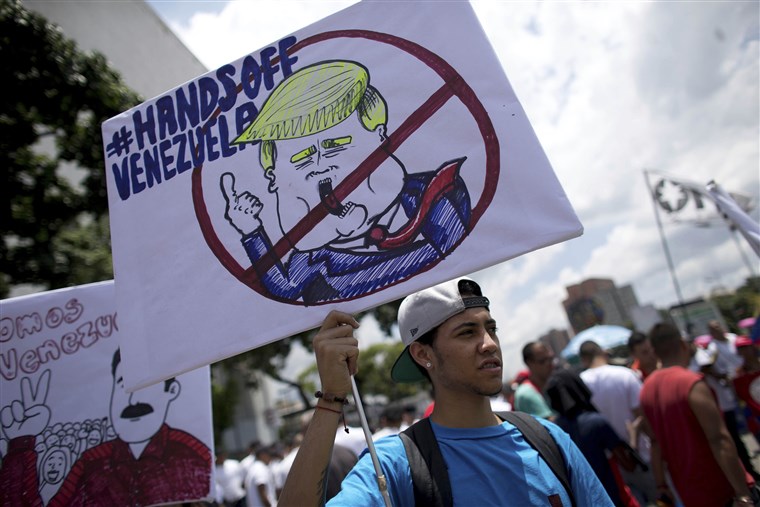 No U.S. Intervention in  Venezuela

WHEREAS, the Peace and Justice Commission advises the City Council on all matters relating to the City of Berkeley’s role in issues of peace and social justice (Berkeley Municipal Code Chapter 3.68.070); and

WHEREAS, Trump administration officials have openly declared their intention to militarily intervene in the government of Venezuela[1] have urged the Venezuelan military to overthrow the government, and vetoed any possibility of dialogue despite the efforts of the governments of Venezuela, Mexico, and Uruguay, and Pope Francis; and

WHEREAS, the U.S. has tightened unilateral economic sanctions,[2] including the seizure of Venezuela’s oil properties and bank accounts in the United States and financial sanctions that prevent Venezuela from producing its oil or securing credit or refinancing debt, thereby increasing the hardship on the people of Venezuela by preventing them from accessing imported foods and medicines, while hypocritically seeking to promote a military confrontation by forcing truckloads of aid across the Brazilian and Colombian borders;[3] and

WHEREAS, the U.S. has historically used its economic power to destabilize independent-minded countries, most famously Chile in the early 1970’s, making the economy “scream,”[4] as well as Nicaragua in the 1980’s, and then using the peoples’ economic misery as a pretext for military intervention;[5] and

WHEREAS, Venezuela has the largest oil reserves in the world, and leading administration foreign policy officials have made clear the Trump administration’s intention to turn Venezuela’s oil over to U.S oil companies for exploitation;[6] and

WHEREAS, Elliott Abrams has been named President Trump’s Special Envoy to Venezuela, and is notorious for his central role in the 1980’s as a top advisor to Presidents Reagan and Bush in the Iran-Contra scandal, which led to his conviction on criminal charges, and the arming of the Nicaraguan contras, the Salvadoran death squad government, and the genocidal regime in Guatemala responsible for the massacres of hundreds of thousands of indigenous people in that country;[7] and

WHEREAS, the U.S. campaign of regime change in Venezuela is in violation of international law,[8] against the interests of the people of Venezuela and the people of the United States;

NOW THEREFORE BE IT RESOLVED that the Council of the City of Berkeley affirms the sovereign right of the Venezuelan people to negotiate their political differences free from foreign intervention, and urges that the U.S. government withdraw its unilateral financial sanctions and refrain from military, or diplomatic intervention in the internal affairs of the sovereign state of Venezuela; and

BE IT FURTHER RESOLVED that the Council of the City of Berkeley requests the City Clerk to send a copy of this resolution to Congresswoman Barbara Lee, Congresswoman Nancy Pelosi, Senator Dianne Feinstein, Senator Kamala Harris, President Trump, and Secretary of State Mike Pompeo.

[2] “‘Coercion, whether military or economic, must never be used to seek a change in government in a sovereign state,’ said Idriss Jazairy, a UN special rapporteur concerned with the negative impact of sanctions.” From article:  “The US is orchestrating a coup in Venezuela,” Marjorie Cohn, professor emerita at Thomas Jefferson School of Law, former president of the National Lawyers Guild, deputy secretary general of the International Association of Democratic Lawyers, February 2, 2019, https://truthout.org/articles/the-us-is-orchestrating-a-coup-in-venezuela/

[3] The United Nations and the Red Cross have refused to participate in Washington’s controversial aid plan to Venezuela.   “We will not be participating in what is, for us, not humanitarian aid.”  From article: “Red Cross, UN slam ‘Politicised’ USAID  Humanitarian Assistance to Venezuela,”  February 11, 2019, https://venezuelanalysis.com/news/14316

[4] “Measures were undertaken in 1970 to try to prevent a free and democratic election. There was a huge amount of black propaganda about how if Allende won, mothers would be sending their children off to Russia to become slaves-stuff like that. The US also threatened to destroy the economy, which it could-and did-do.

“Q: Nevertheless, Allende won. A few days after his victory, Nixon called in CIA Director Richard Helms, Kissinger and others for a meeting on Chile. Can you describe what happened?
“A: As Helms reported in his notes, there were two points of view. The “soft line” was, in Nixon’s words, to “make the economy scream.” The “hard line” was simply to aim for a military coup.

“Our ambassador to Chile, Edward Korry, who was a Kennedy liberal type, was given the job of implementing the ‘soft line.’ Here’s how he described his task: ‘to do all within our power to condemn Chile and the Chileans to utmost deprivation and poverty.’ That was the soft line.”

[5] “These sanctions have cut off the means by which the Venezuelan government could escape from its economic recession, while causing a dramatic falloff in oil production and worsening the economic crisis, and causing many people to die because they can’t get access to life-saving medicines. Meanwhile, the US and other governments continue to blame the Venezuelan government ― solely ― for the economic damage, even that caused by the US sanctions,” Noam Chomsky, former UN Rapporteur Alfred de Zayas, Phyllis Bennis, Boots Riley, and some 65 other academics and experts, January 24, 2019, https://www.commondreams.org/news/2019/01/24/open-letter-over-70-scholars-and-experts-condemns-us-backed-coup-attempt-venezuela

“The threats, the economic war, the financial blockade and the sanctions violate both the UN Charter and the OAS Charter.”  February 23, 2019, https://dezayasalfred.wordpress.com/2019/02/23/open-letter-to-the-united-nations-secretary-general-antonio-guterres-and-to-the-high-commissioner-for-human-rights-michelle-bachelet/

[6] Perhaps most brazenly, [National Security Adviser John] Bolton appeared in an interview on Fox Business and disclosed that the U.S. government was in talks with American corporations on how to capitalize on Venezuela’s oil reserves, which are proven to be the world’s largest.  We’re in conversation with major American companies now,” he said. “I think we’re trying to get to the same end result here. … It will make a big difference to the United States economically if we could have American oil companies really invest in and produce the oil capabilities in Venezuela,”  Time Magazine, January 30, 2019, http://time.com/5516920/inside-john-boltons-month-long-p-r-campaign-against-venezuelas-government/

[8] UN Charter—Article 2: “All Members shall settle their international disputes by peaceful means in such a manner that international peace and security, and justice, are not endangered.” 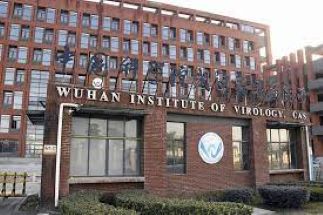 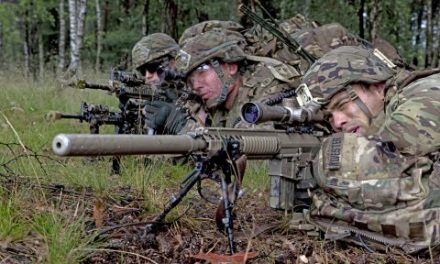 What Happened at the NATO Summit in Warsaw?