Upon taking office, the Carter administration began a steady drift to the right. Following the lead of Democratic Party strategist, Patrick Caddell, Carter chose a business-friendly approach that placed the battle against inflation at the center of domestic policy. His personal opposition to the Humphrey-Hawkins bill led to the passage of a bill unsatisfactory to organized labor. National health care was shelved and tax reform was never achieved. Carter vetoed public works legislation as inflationary. The neo-liberal deregulation agenda generally attributed to the ultra-right actually began with Carter’s deregulation of the airline industry in 1978. He also started the process of deregulation of other industries, such as communications, oil and finance.

Little was advanced to improve either the status of African Americans or race relations, though Carter appointed more minorities to posts in his administration than any previous President.

Despite his platform promise to reduce military spending, Carter expanded the military budget, reversing the trend of the prior ten years. With Carter’s assent, the US began to send military equipment to the Afghan mujahadeen even before the Soviet occupation. Support for these feudal warlords harnessed to US Cold War aims soon reached $600 million per year. Ironically, they are the cadres now fighting the US occupation of Afghanistan. Carter instituted the so-called Carter Doctrine pledged to oppose any but US influences in the Persian Gulf area. This oil-driven version of the previous Monroe and Truman Doctrines has remained US policy to this day and justifies the use of military force in the region when US "interests" are claimed.

To his credit, Carter negotiated nuclear weapons reductions (SALT II) and a Panama Canal treaty, and also secured a minor reduction of US occupation troops in the Republic of Korea.

Carter’s retreat from the Democratic platform produced a number of oppositional blocs, including the labor/liberal-supported Democratic Agenda in late 1977 and the Progressive Alliance in 1978. The Democratic Party base of labor, African Americans and liberals was stung by the growing conservatism of the Carter Administration, a rebuff that led to Ted Kennedy’s campaign against the incumbent in the 1980 primary elections.

After much hesitancy, a growing segment of the broadly conceived left Â Communists, Socialists, radical democrats, and New Deal Democrats has come to recognize that the Obama Administration operates much like the previous Democratic administrations over the last thirty-five years. Carter shared self-righteousness and cultivated civility with the current President, along with a ready willingness to sell out campaign promises and platform statements. Clinton exhibited a cunning slipperiness and lack of even superficial principle that is often revealed in Obama’s public statements.

But these are merely features of their political personality, features that occupy the pundits at The Nation and other liberal publications. The common thread that binds Democratic administrations, top national Democratic elected officials, and their attendants is that they are members of an elite club and bound to place the interests of the club first Â they are part of and employed by the rich and powerful. While this is readily apparent to many of us, there are still many waiting for a public confession.

Some temper their disappointment by arguing that the Obama Administration stands between us and a far worse fate at the hands of the extreme-right. Therefore, we must support it or permit the pain of a more onerous administration. This is, of course, an iteration of the old "lesser-of-two-evils" position. But that position was meant only to be a tactical retreat – a temporary, uncomfortable affair followed by an embarrassed exit Â and not a life-long marriage. Instead, it is the constant refrain, election after election, of many prominent leftists and "progressive" Democratic Party apologists.

While there may be nothing wrong with this stance for those solidly Â and happily Â wedded to the Democratic Party and its self-limiting goals, the "lesser-of-two-evils" concession is poison to anyone with greater aspirations for the country and partisanship for its majority of people who work for a living. For the left, it is simply disastrous.

The "lesser-of-two-evils" left suffers two pathologies: the first, a delusion of grandeur, and the second, an allergy to the principles of oppositional politics.

It is illusory to think that the US left yet matters in national or even state-wide bourgeois politics, especially within the most advanced form of bourgeois politics: the two-party system. When pundits and the media refer to the Democratic Party base, some take that to be the "left." It is not. It is actually the bureaucracy-led labor movement, urban liberals, and African American and Latino voters. They matter in supporting the Democrats, but less and less in the policies pursued by elected officials. They are not, as a whole, the left, but constitute the natural constituency for left-led movements. They are potentially a left base, should the left organize and agitate among these groups.

But to believe that the left matters within the two-party system is delusional. Come election time in the national or statewide arena, the efforts or absence of the left on behalf of the Democrats is never decisive and is usually not even marginally influential. Nor does the left’s cheerleading make a difference. Some leaders and pundits rally the ranks at election time as though a squad of infantry would decide the clash of armies.

Of course there is always the Nader example that liberals dredge up whenever pressed on the folly of supporting weak, ineffectual candidates. Left votes for Nader, they assert, cost Al Gore the 2000 election. They conveniently ignore the dozens of reasons – most importantly, Gore’s lack luster campaign Â for the defeat. And they arrogantly presume that Nader votes really belong to the Democratic Party. Such a presumption underlines the contempt that Democrats show to their base. Their votes, too, are owned by the Democrats, a condition of electoral slavery.

Secondly, the "lesser-of-two-evils" strategy constitutes a complete and catastrophic misreading of oppositional politics. A left political organization Â too small to actually contest elections Â serves nonetheless as a material force for influencing elections by projecting advanced demands. Those demands may, in turn, shift electoral discourse away from the usually overwhelming pressure of wealth, media access and power. Of course, it may not, but it will draw adherents to the side of truth and justice. And in the longer view, it will strengthen and build the left. Thus, the left grows in times of strong independent movements for social change. And contra the "lesser-of-two-evils" philosophy, it provides the spine for those rare occasions when the Democratic Party actually advances the peoples’ interests such as with the New Deal or racial desegregation.

Therefore, the role of the left is a critical role – a role to challenge and provoke social institutions to move away from their tendency to accept and expand the privileges of the few.

Since the diffusion and loss of focus of the anti-capitalist left, this critical role has been lost in US politics. Reinforced by the handful of left publications that obsess over the maneuvers and deals of bourgeois politicians, the broad left has accepted electoral politics as its touchstone, waiting patiently for an establishment candidate who can revisit the myths attached to the great liberal icons: Roosevelt and Kennedy. This is a tragic misreading of history and a shameless neglect of the historic mission of left movements.

But even more shameless is the posture of elements of the anti-capitalist left who speak and write of a grand coalition against the ultra- or extreme right. They posture as though there is a supra-organization joined around the sole goal of burying the foul creatures inhabiting a corner of US politics since the country’s founding. There is no such coalition. Instead, there are many groups with varied interests that latch onto the Democratic Party because they see nowhere else to turn. Historically, it has been the goal of the left to nurture a broader vision that could tie these interests together into a real coalition, not to merely halt the influence of the most backward political forces, but to improve the lot of the majority.

Miguel Figueroa, leader of the Communist Party of Canada, spoke well when he addressed a recent gathering of Communist Parties in South Africa:

It is equally if not more impermissible however for the Communists to enter into alliances in a self-effacing way, making unprincipled political and ideological concessions for the sake of maintaining unity, and jettisoning the independent role of the Communist Party in the process.

The "Marxists" who contrive this fictional alliance, in moments of ideological nostalgia, appeal to the United Front tactics offered by the Communist movement in the struggle against fascism. But even a casual reading of the documents endorsed by the Communist International demonstrate that these "Marxists" neither understand the tactic nor know when and how to apply it.

But suppose Obama had delivered on many of his campaign promises. Would that have earned our uncritical support? Respect, sure. Critical support, perhaps. But not the fawning idolatry that much of the left demonstrated after the election. Nor should it have brought a virtual collapse of the peace and justice movement. For the left, the task of constantly prodding and pushing the political goal forward should not be compromised in victory or defeat.

And now it’s time to get beyond wringing our hands over what Obama promised, what he did, and what he will or will not do, and focus on what we will do Â a stance that promises to bring life back to the left. 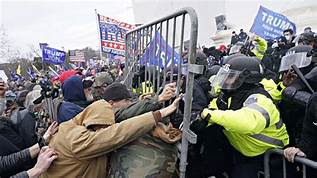 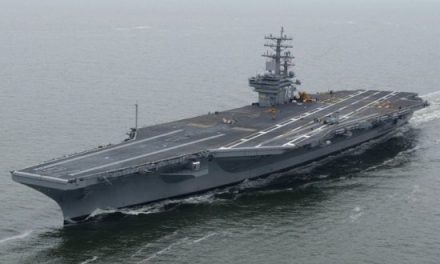 A Planet at the Brink