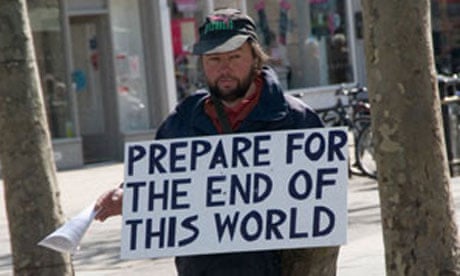 The major US equity markets– the Dow Jones, S&P, and NASDAQ– have enjoyed a strong, and, to many, a paradoxical recovery since the pandemic shuttered much of the productive economy. While unemployment has soared and is only slowly reversing, while growth has collapsed, and while earnings are challenged, stock markets are marching forward, restoring nearly all of their previous losses by the end of August.

To many of us, it is not unusual to see stock performance far outpace the general economic welfare of the people. That is a commonplace of the capitalist economy.

Nor is it unusual for investors to expect that the stock market will outperform the economy in general. After all, that was the point of Piketty’s celebrated, thorough historical study of capital which showed that, all things being equal, the rate of return on investment will grow faster than the rate of economic growth. As a result, capitalism necessarily generates what we Marxists insist is exploitation.

But equity markets are not free floating, independent systems; they must intersect at some point or some time with the real economy. Stock performance must reflect the underlying ability of its associated corporation or enterprise to produce something of worth to the investor: profit.

So if stock values in the five or six months of the 2020 pandemic seem dissociated from the economy, what is going on?

The Wall Street Journal offers a useful, if incomplete, explanation of the anomaly. How Stocks Defied The Pandemic (September 15, 2020) suggests five factors: 1. Stimulus from the Fed and Congress, 2. Expectations of a strong recovery, 3. The dominance of the tech giants, 4. The return of individual investors, and 5. Momentum trading.

Certainly the Federal Reserve and the two parties’ elected officials acted swiftly in the wake of the pandemic shut-down. Absorbing the lessons of the 2007-2009 crisis, they cranked out trillions of dollars’ worth of stimulus, they sanctioned easy loans, and they collapsed interest rates swiftly.

But it is telling that equity markets appear to have been bolstered more significantly than other aspects of the economy, including those aspects protecting or promoting the fate of those most vulnerable to the catastrophe. In short, the investor class seemed to reap the greater benefit of their actions.

Though maybe unintended, the bailout encouraged hungry investors to devour stock market opportunities, with bond yields decimated and other interest-generating instruments foreclosed by the Federal Reserve’s actions. Capitalists must land their capital somewhere in order to preserve the accumulation process– the system’s blood flow; the impact of institutional intervention by the Fed left them few promising alternatives outside of the equity markets. And that is where they put their money.

As for “expectations” of a quick recovery, any notion that such expectations could be built on anything more solid than hope and faith must be discarded. This singular event– a crisis of public health, economics, politics, and racial conflict– generated profound fear more than expectations.

The WSJ correctly located the outsized influence of Tech stocks– principally, Apple, Amazon, Microsoft, Alphabet (Google), and Facebook– in the stock boom. Without the investment flowing into tech stocks, mainly the big five, there would be no notable market rally. Apple, alone, has gained 57% in 2020 and now has a valuation greater than the FTSE 100, an index of the top companies on the London Stock Exchange. At the same time, the frenzy for tech stocks frightens pundits and advisors. Apart from Amazon, tech stocks play in a virtual universe that challenges real-world valuation. Moreover, they have been notoriously volatile. And the gains have been concentrated in the Big Five, with other companies far less successful.

Past stock market collapses have been preceded by a dramatic increase in individual investors bent on taking advantage of an overheated market. The return of the “rubes” has always been a signature benchmark of an impending decline. From the casual dabbler before the Great Depression to the day trader and dilettante of today, the engagement of “amateurs” is always a harbinger of market disaster.

Some would be surprised to learn that in the modern era, individual investors– day traders and the like– only account for roughly one in ten trades. The rest are made up by institutional investors, funds, etc. But, in 2020, the number of trades by individual investors has doubled, accounting for about 20% of equity market action.

With social media tipsters and discussion boards, the born-again investors have accounted for many stock valuations that puzzle and concern wiser investors. Tesla, for example, has gained 438% this year, establishing the maverick car company as the highest valued auto company in the world and the eighth largest corporation in the US by market value.

Fed by social media gossip, investors jacked up share prices of Eastman Kodak by as much as 614% before losing most of the gains! This kind of euphoria-driven investment has mature investors and advisors shaking in their boots.

Creating momentum through bets on overheated valuations only generates greater momentum. Easy money and the fear of missing a surge amplifies the momentum. Add the attraction of derivatives and the likelihood of a market bubble increases dramatically.

Stock options– the purchase of a contract to buy a stock at a price fixed before the actual purchase of the stock– have exploded in 2020. They are attractive to investors who want to risk their capital on a bet of future gains and increase the potential return on the bet by spreading the capital over more, less costly options. Goldman Sachs reports that the volume of option trades exceeded the volume of stock trades for the first time this year. Three years ago, option-trading volume was only 40% of stock volume. In August, option trading topped 120% of stock trading. Small investors bought half of a trillion dollars’ worth of options in August alone, five times the amount bought in any previous month, as reported in the WSJ.

Much of this market craze is occurring against a backdrop of over three weeks of net decline in the US stock market indexes. Moreover, the employment recovery is stagnating, with new unemployment claims remaining at an historic high, and the pace of retail-spending growth slowing. Earnings– the crucial factor in capitalist behavior– is expected by some to fall by as much as 22% in the third quarter.

Conditions are ripening for another market crisis not unlike that brought on by the 2000-2001 dot.com collapse. Billions, if not trillions, of nominal value stand to disappear.

Likely such an October Surprise would be fatal to Donald Trump’s reelection prospects, since most polls show that respondents see the economy is his greatest strength against Biden.

But whether Biden or Trump wins, the depth of the emerging crisis will make it almost impossible for either to rule effectively. Neither offers a way out. Only a profound, radical political realignment will blaze a path forward.