Editors’ Note: It’s not a Marxist view by any means, but the article below, which appeared in the May issue of Vanity Fair,Â  contains interesting admissions about the dramatic growth of social inequality in the US by a prominent and influential liberal economist.

Americans have been watching protests against oppressive regimes that concentrate massive wealth in the hands of an elite few. Yet in our own democracy, 1 percent of the people take nearly a quarter of the nationÂs incomeÂan inequality even the wealthy will come to regret. The top 1 percent may have the best houses, educations, and lifestyles, says the author, but Âtheir fate is bound up with how the other 99 percent live.Â

ItÂs no use pretending that what has obviously happened has not in fact happened. The upper 1 percent of Americans are now taking in nearly a quarter of the nationÂs income every year. In terms of wealth rather than income, the top 1 percent control 40 percent. Their lot in life has improved considerably. Twenty-five years ago, the corresponding figures were 12 percent and 33 percent. One response might be to celebrate the ingenuity and drive that brought good fortune to these people, and to contend that a rising tide lifts all boats. That response would be misguided.

While the top 1 percent have seen their incomes rise 18 percent over the past decade, those in the middle have actually seen their incomes fall. For men with only high-school degrees, the decline has been precipitousÂ12 percent in the last quarter-century alone. All the growth in recent decadesÂand moreÂhas gone to those at the top. In terms of income equality, America lags behind any country in the old, ossified Europe that President George W. Bush used to deride. Among our closest counterparts are Russia with its oligarchs and Iran. While many of the old centers of inequality in Latin America, such as Brazil, have been striving in recent years, rather successfully, to improve the plight of the poor and reduce gaps in income, America has allowed inequality to grow.

Economists long ago tried to justify the vast inequalities that seemed so troubling in the mid-19th centuryÂinequalities that are but a pale shadow of what we are seeing in America today. The justification they came up with was called Âmarginal-productivity theory.Â In a nutshell, this theory associated higher incomes with higher productivity and a greater contribution to society.

It is a theory that has always been cherished by the rich. Evidence for its validity, however, remains thin. The corporate executives who helped bring on the recession of the past three yearsÂwhose contribution to our society, and to their own companies, has been massively negativeÂwent on to receive large bonuses. In some cases, companies were so embarrassed about calling such rewards Âperformance bonusesÂ that they felt compelled to change the name to Âretention bonusesÂ (even if the only thing being retained was bad performance).

Those who have contributed great positive innovations to our society, from the pioneers of genetic understanding to the pioneers of the Information Age, have received a pittance compared with those responsible for the financial innovations that brought our global economy to the brink of ruin.

Some people look at income inequality and shrug their shoulders. So what if this person gains and that person loses? What matters, they argue, is not how the pie is divided but the size of the pie. That argument is fundamentally wrong. An economy in which most citizens are doing worse year after yearÂan economy like AmericaÂsÂis not likely to do well over the long haul. There are several reasons for this.

First, growing inequality is the flip side of something else: shrinking opportunity. Whenever we diminish equality of opportunity, it means that we are not using some of our most valuable assetsÂour peopleÂin the most productive way possible. Second, many of the distortions that lead to inequalityÂsuch as those associated with monopoly power and preferential tax treatment for special interestsÂundermine the efficiency of the economy.

This new inequality goes on to create new distortions, undermining efficiency even further. To give just one example, far too many of our most talented young people, seeing the astronomical rewards, have gone into finance rather than into fields that would lead to a more productive and healthy economy.

Third, and perhaps most important, a modern economy requires Âcollective actionÂÂit needs government to invest in infrastructure, education, and technology. The United States and the world have benefited greatly from government-sponsored research that led to the Internet, to advances in public health, and so on.

But America has long suffered from an under-investment in infrastructure (look at the condition of our highways and bridges, our railroads and airports), in basic research, and in education at all levels. Further cutbacks in these areas lie ahead.

None of this should come as a surpriseÂit is simply what happens when a societyÂs wealth distribution becomes lopsided. The more divided a society becomes in terms of wealth, the more reluctant the wealthy become to spend money on common needs. The rich donÂt need to rely on government for parks or education or medical care or personal securityÂthey can buy all these things for themselves. In the process, they become more distant from ordinary people, losing whatever empathy they may once have had. They also worry about strong governmentÂone that could use its powers to adjust the balance, take some of their wealth, and invest it for the common good. The top 1 percent may complain about the kind of government we have in America, but in truth they like it just fine: too gridlocked to re-distribute, too divided to do anything but lower taxes.

Economists are not sure how to fully explain the growing inequality in America. The ordinary dynamics of supply and demand have certainly played a role: laborsaving technologies have reduced the demand for many ÂgoodÂ middle-class, blue-collar jobs. Globalization has created a worldwide marketplace, pitting expensive unskilled workers in America against cheap unskilled workers overseas. Social changes have also played a roleÂfor instance, the decline of unions, which once represented a third of American workers and now represent about 12 percent.

But one big part of the reason we have so much inequality is that the top 1 percent want it that way. The most obvious example involves tax policy. Lowering tax rates on capital gains, which is how the rich receive a large portion of their income, has given the wealthiest Americans close to a free ride.

Monopolies and near monopolies have always been a source of economic powerÂfrom John D. Rockefeller at the beginning of the last century to Bill Gates at the end. Lax enforcement of anti-trust laws, especially during Republican administrations, has been a godsend to the top 1 percent. Much of todayÂs inequality is due to manipulation of the financial system, enabled by changes in the rules that have been bought and paid for by the financial industry itselfÂone of its best investments ever. The government lent money to financial institutions at close to 0 percent interest and provided generous bailouts on favorable terms when all else failed. Regulators turned a blind eye to a lack of transparency and to conflicts of interest.

When you look at the sheer volume of wealth controlled by the top 1 percent in this country, itÂs tempting to see our growing inequality as a quintessentially American achievementÂwe started way behind the pack, but now weÂre doing inequality on a world-class level. And it looks as if weÂll be building on this achievement for years to come, because what made it possible is self-reinforcing. Wealth begets power, which begets more wealth. During the savings-and-loan scandal of the 1980sÂa scandal whose dimensions, by todayÂs standards, seem almost quaintÂthe banker Charles Keating was asked by a congressional committee whether the $1.5 million he had spread among a few key elected officials could actually buy influence. ÂI certainly hope so,Â he replied. The Supreme Court, in its recent Citizens United case, has enshrined the right of corporations to buy government, by removing limitations on campaign spending. The personal and the political are today in perfect alignment.

AmericaÂs inequality distorts our society in every conceivable way. There is, for one thing, a well-documented lifestyle effectÂpeople outside the top 1 percent increasingly live beyond their means. Trickle-down economics may be a chimera, but trickle-down behaviorism is very real. Inequality massively distorts our foreign policy. The top 1 percent rarely serve in the militaryÂthe reality is that the Âall-volunteerÂ army does not pay enough to attract their sons and daughters, and patriotism goes only so far. Plus, the wealthiest class feels no pinch from higher taxes when the nation goes to war: borrowed money will pay for all that. Foreign policy, by definition, is about the balancing of national interests and national resources.

With the top 1 percent in charge, and paying no price, the notion of balance and restraint goes out the window. There is no limit to the adventures we can undertake; corporations and contractors stand only to gain. The rules of economic globalization are likewise designed to benefit the rich: they encourage competition among countries for business, which drives down taxes on corporations, weakens health and environmental protections, and undermines what used to be viewed as the ÂcoreÂ labor rights, which include the right to collective bargaining. Imagine what the world might look like if the rules were designed instead to encourage competition among countries for workers. Governments would compete in providing economic security, low taxes on ordinary wage earners, good education, and a clean environmentÂthings workers care about. But the top 1 percent donÂt need to care.

Or, more accurately, they think they donÂt. Of all the costs imposed on our society by the top 1 percent, perhaps the greatest is this: the erosion of our sense of identity, in which fair play, equality of opportunity, and a sense of community are so important. America has long prided itself on being a fair society, where everyone has an equal chance of getting ahead, but the statistics suggest otherwise: the chances of a poor citizen, or even a middle-class citizen, making it to the top in America are smaller than in many countries of Europe. The cards are stacked against them.

It is this sense of an unjust system without opportunity that has given rise to the conflagrations in the Middle East: rising food prices and growing and persistent youth unemployment simply served as kindling. With youth unemployment in America at around 20 percent (and in some locations, and among some socio-demographic groups, at twice that); with one out of six Americans desiring a full-time job not able to get one; with one out of seven Americans on food stamps (and about the same number suffering from Âfood insecurityÂ)Âgiven all this, there is ample evidence that something has blocked the vaunted Âtrickling downÂ from the top 1 percent to everyone else. All of this is having the predictable effect of creating alienationÂvoter turnout among those in their 20s in the last election stood at 21 percent, comparable to the unemployment rate. 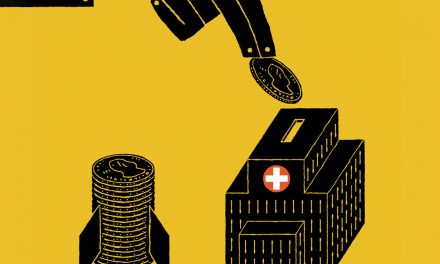 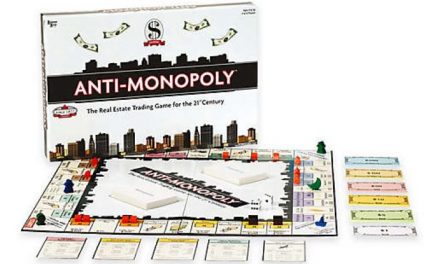 The Great Crisis and the Revolutionary Movement