On The Outcome of the Obama Visit

The   Joint Statement issued after the visit indicates that the main agenda   was to prise open the Indian market for the business and commercial   interests of the United States and its efforts to draw India into a   closer security and military relationship.

Against the backdrop of the deep recession and high unemployment afflicting   its economy, the US is desperately trying to reduce imports and   increase its exports worldwide. The framework for economic cooperation   contained in the joint statement reflects this agenda.

In the name of promoting food security and raising agricultural   productivity, what is being pushed is the agenda of opening up Indian   agriculture and retail trade for the profiteering of American MNCs   like Wal-Mart and Monsanto.

This will be detrimental to the interests   of the crores of small and marginal farmers and unorganised retailers   in India. The passage of the Seed Bill, which promotes the interests   of the multinational seed companies and compromises the seed rights of   Indian farmers, is high on the Indian government’s agenda.

The way is   being paved for the opening up of India’s financial and higher   education sector for American companies. All this is being pursued at   the behest of the U.S.-India CEO Forum.

The approach of the UPA government is also evident. Instead of   emphasizing that India’s priority is for lifting the vast mass of   people out of poverty, hunger and disease and in that context framing   India’s relations with the United States, the Congress-led government   has catered to the US business and strategic interests, by accepting   the self-congratulatory approach that Obama recognizes India as a   world power.

What this means is spelt out in the joint statement Â a close   defence and security relationship which will involve also buying US   weaponary on a large scale; falling in step with the United States’   deceptive and self-serving talk of human rights, democracy and on   nuclear non-proliferation.

All these are a continuation and   reiteration of the Manmohan Singh-Bush joint statement of 2005 and   2006. India agrees to comply with the sanctions on Iran but will keep   silent on Israel and its nuclear arsenal. India is told to behave  "responsibly" with regard to exporting democracy and human rights   interventions by the United States.

Given this one-sided   interpretation, there can be no mention of the human rights of the   Palestinians in Gaza, or the illegal embargo on Cuba, or the slaughter   of Iraqi civilians under the military occupation for the past seven   years.      India can become a permanent member of the Security Council when the   United Nations structure is democratized on the basis of its   independent role and influence in world affairs. Endorsement by the   United States should not amount to toeing its strategic interests.

The   joint statement implies that India’s two year term in the Council will   be a probationary period as far as the United States is concerned.      The commitment to buy weapons from the United States comes after the   End Use Agreement was signed in 2009. India will not benefit from such   arms purchases. By the agreement we cannot modify the weapons systems   nor produce spare parts and will have to allow annual inspections.

The UPA government has to explain whether the lifting of restrictions   on access to dual use technology for certain Indian entities comes   alongwith new conditions such as the purchase of arms and steps for   tying closer the armed forces of the two countries through agreements   on the anvil.

The "Afpak" policy of the US which has been endorsed in the joint   statement will not resolve the problem in Afghanistan. That requires a   multilateral approach. While talk of cooperation in fighting terrorism   is there, the Indian side has obviously not insisted on bringing   Headley to book.

The reference to the WTO’s Doha round conceals the incompatible agenda   of the United States which wants to open up the markets of the   developing countries while continuing to massively subsidise its own   agriculture.      The Joint statement refers to India signing and ratifying the   Convention on Supplementary Compensation. This is with regard to the   issue of civil nuclear liability. The Indian parliament has enacted a   law in which foreign suppliers can be made liable for damages in the   case of a nuclear accident.

The UPA government’s decision to join the   Convention on Supplementary Compensation cannot circumvent the   national law.      On the global climate negotiations, the US clearly has nothing to   offer and the joint statement is therefore unsurprisingly confined to   general remarks and platitudes. The reference to the Copenhagen Accord   is misleading, when the entire world is aware that President Obama is   no position to guarantee even the minimal voluntary commitment that   the US has made under the Accord.

It is unfortunate that the Mahmohan Singh government has not even   raised the issue of justice for the victims of the Bhopal Gas leak   which is an important matter in India-US relations.      Notwithstanding the fulsome praise for the one-sided and unequal   relations with the United States in the corporate media, the real   interests of the people of India are not served by such a   relationship.

What is required is a Indo-US relationship which is   based on equality and mutual interest. 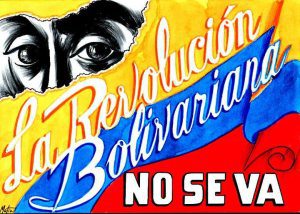 What is Really Happening in Venezuela?