On the UN Resolution

Will the American-Israeli aggression against Lebanon stop after the unanimous adoption by the Security Council of Resolution 1701 yesterday?

One month and a day after the start of the American-Israeli aggression against Lebanon, after the failure of that aggression and its inability to achieve its aims, after America’s repeated use of stalling tactics, delaying expected sessions of the Security Council, and after numerous American drafts that were proposed and then retouched by France, it was the battlefield in the south of Lebanon and the noble resistance that have imposed a new reality hitherto unknown to Israel in all its long history of battle in the region and its many well-known wars.

After attacks and retreats in every village in the south, after which the enemy claimed to have won some sort of victory or achieved some goal, the dust has cleared and it is obvious that the field is truly in the hands of the Islamic resistance that is defending, resisting, and inflicting losses and military casualties on the occupying enemy. This reality has exhausted America’s excuses, its store of delaying tactics and its time. What has been taking place on the field of battle has resulted in a growing number of splits and differences and varying interpretations in many quarters — within Lebanon, between Israelis, between Europe and America — it has shuffled the cards.

Diplomats worked feverishly and intensely until the resolution was passed and announced today against the backdrop of the decision by the Israeli government to expand the scope of its military operations on the ground in the south up to the al-Litani River, operations that are disconcerting militarily and politically inside Israel. We might say that the Security Council resolution was issued so as to allow the international community to catch its breath in the raging battle, to allow it to make a calm reassessment, not only in terms of the latest developments on the battlefield, but also in terms of the latest political developments as well, and the transformations taking place there (in the Arab states’ positions and the internal Lebanese position, for example).

The resolution, therefore, was the result of the steadfastness of the resistance forces and the people together. The question now is: how seriously will it be implemented? Will it be regarded as a first step or a temporary truce? Many questions could be raised if we look deeply into each paragraph of the resolution that was finally issued. But it is demonstrable that an agreement on this resolution would not have been achieved if all the means available to Israel to change the reality on the battlefield had not been exhausted, and if not for the changes in the positions of various parties (France, various groups in Lebanon, the Arab states, and the change from a stance of giving legitimacy to the aggression to one of embracing yesterday’s Security Council resolution).

Despite that, we can see that there are many landmines strewn about the "field" of this resolution that does not meet the minimum Lebanese requirements as represented by the seven points that the Lebanese government put forth unanimously, even though parts of them were picked out and inserted.

* The agreement excluded the demand for Israel to be brought to trial under international law for the savagery of its aggression against the territory and people of Lebanon. Instead, the agreement condemned Hizballah as the instigator of the fighting, ignoring all of Israel’s crimes and acts of aggression against Lebanon.

* The agreement did not include a call for an immediate cease-fire but for a cessation of military operations. This means that the door is left open for Israel and its army to adjust themselves to the resolution and take whatever required military steps they believe to be appropriate according to joint Israeli-American needs.

* In the agreement America makes a temporary tactical retreat following the failure of the aggression and its inability to achieve its aims, in an attempt to create a situation where it can take hold of what is going on and bring into play some of its well-known cards, such as the Lebanese internal situation.

* The resolution ignores the matter of the prisoners; it leaves the subject of the Shabaa Farms area outside the discussion with the aim of possibly using that later in deals with regional players.

Much can be said about the resolution but in any case this agreement would not have been reached had it not been for continuing, impressive, patriotic, popular steadfastness; had it not been for the courageous resistance that once again affirmed that Lebanon with its patriotic and Islamic resistance and the steadfastness of its people, and with the rallying of all the patriotic and democratic forces around the resistance, cannot be turned into an arena for the American scheme for the region. It will not be made into a launching point for the "New Middle East." Lebanon will only be a place of steadfastness, patriotism, and Arab identity, regardless of whatever dreams some might entertain about transferring it from the patriotic Arab shore to the American shore.

Until this moment all the international attempts to implement the American-European resolution 1559 have failed. Equally a failure have been all attempts have to achieve any of the goals of the American-Israeli aggression other than the goal of killing the women, children, and innocent people who paid the price for this neo-nazi hatred. The attempts of some of the March 14 forces — including Saad al-Hariri who flew into Beirut on a French helicopter with American- Israeli permission, trying to look like a political savior, spreading the notion that the solution came as a result of his tireless efforts abroad all throughout the period of the aggression – all that will be of no use unless we accept the principle of a national conference on the basis that Lebanon has won a victory over the American-Israeli scheme and we must work quickly and with all our might to rise to the level of our responsibilities to the country to make use of this victory politically in order to take a step forward towards the building of a state of law and institutions, free of confessionalist political assignments and above narrow sectarian interests.

The people and resistance of Lebanon have displayed their mighty steel will and we must now frustrate all attempts to gut and empty this patriotic victory of its contents on the military, political, economic, and social levels. Our central task must be to fortify and bolster Lebanese national unity, preventing any infiltration, reinforcing the legitimate confrontation with the on-going American-Israeli scheme against our homeland. 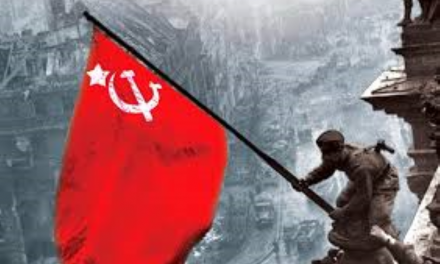 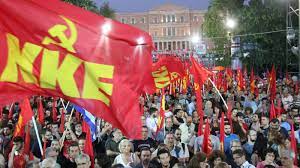