In the January 20th New York Times, Steven Erlanger justifies the French intervention in Mali on these grounds:
Â It responds to Âa direct request from a legitimate government.Â
Â It combats Âthe spread of radical Islamists, some of them foreign jihadists, strongly connected to terrorist groups like Al Qaeda in the Islamic Maghreb.Â

Erlanger uses the word ÂlegitimateÂ to describe MaliÂs government. ÂDemocraticÂ carries more weight, but Mali is governed by a military dictatorship, a truth one suspects Erlanger would prefer not to draw attention to. Neither does ErlangerÂs report mention that Human Rights Watch accuses the Malian military of killing civilian Tuareg and Arab minorities (1).

Being every bit a salesman, Erlanger presses ÂlegitimateÂ into use as an inferior, though still high-sounding, surrogate for ÂdemocraticÂ and ignores the civilian killings. A military operation to help a legitimate government must be legitimate, right? In any event, it sounds a whole lot better than the truth, namely, that the West has mounted a military operation to prop up a dictatorship that kills its own people.

The intervention, of course, is far from legitimate. How can a French military operation in a North African country be legitimate, when not too long ago France undertook what was then called a legitimate intervention in another North African country, Libya, with the opposite aims:
Â Not to support, but to topple a legitimate government;
Â Not to stop the spread of radical Islam, but to help radical Islamists, some of them foreign jihadists, strongly connected to terrorist groups like Al Qaeda in the Islamic Maghreb, overthrow a legitimate government?

In other words, the Mali operation is the very antithesis of the Libyan one. Yet, according to state officials in France, the United States and Britain, along with their jingoist Western mass media cheerleaders, both interventions are legitimate. Where the Mali intervention protects a legitimate government, the Libyan intervention toppled one. Where the Mali operation opposes radical Islamists, the Libyan operation aided them.
It canÂt possibly be true that Western governments are against radical Islamists as a matter of principle, when the principal financial and ideological backer of militant Sunni Islamism, Saudi Arabia, is a treasured ally.

Nor can it be true when Western powers backed radical Islamists against:
Â The leftist Afghan government in the 1980s,
Â YugoslaviaÂs social democracy in the 1990s,
Â GaddafiÂs economic nationalism in Libya,
Â AssadÂs secular nationalist government in Syria.

It canÂt be true that Western powers are against despots, dictators, and absolutist monarchs, when theyÂve backed so many of them in the past, and continue to back them in the present, from the potentates of the Gulf Cooperation Council to the military regime in Mali.

Neither are Western powers committed to backing struggles against tyrannies as struggles against tyrannies. On countless occasions, theyÂve either stood idly by as tyrannies repressed democratic rebellions, or energetically aided their autocratic alliesÂ efforts to crush opposition. For a recent example, we need only turn to the crackdown on the rebellion in absolutist Bahrain, assisted by the same countries which supplied arms to misnamed ÂdemocratsÂ in Libya and equip the Muslim Brothers and foreign jihadists in Syria. Washington has done nothing to stop the crackdown in Bahrain, let alone vigorously protested it. The British, for their part, invited the offending tyrant to the royal wedding of Kate and William.

What then is the intervention all about? Profits. According to the New York TimesÂ Michael R. Gordon, the West needs to intervene militarily in northern Africa because the Âregion is rich with oil, gas, uranium and other international ventures that clearly represent Western interests and in some cases are poorly defendedÂ (my emphasis) (2). That natural resources in northern Africa clearly represent Western interests defies both geography and democracy. It does, however, fit imperialist logic to a tee.

Erlanger notes that the Mali intervention Âhas been popularÂ and that it commands the support of three quarters of the French, according to one poll. This is a nod to the prowess of ErlangerÂs cohorts in the trade of shaping public opinion, and the superficial attention most people pay to foreign affairs. ItÂs also an attempt to prop up his argument that the intervention is legitimate. After all, a military operation supported by a solid majority can hardly be a base affair, corrupted by hypocrisy and crass commercial interests, can it? And if you should happen to be against the French helping an ally defend itself against jihadists, ErlangerÂs letting you know youÂre on the wrong side of public opinion.

ÂThe French people are ready to support a military operation as long as the objectives are clear and seem legitimate,Â a French analyst told Erlanger. Well, no, the French people are willing to support a military operation so long as no one calls upon them to risk their lives and pay higher taxes, what Âsupport for warÂ used to mean. No longer. Today, support means feeling good about France and nothing more.

The French will continue to feel good about their country so long as there are few French fatalities in Mali and so long as the connection between covering the costs of the war and higher taxes, is obscured. Payment for the war must be deferred, and then concealed, preferably in tax hikes on the poor and middle class to cover (wink-wink) skyrocketing social welfare expenditures.

So here we are. Gaddafi was sneered at when he said that the rebellion that erupted against him in Benghazi was the work of radical Islamists, some of them foreign jihadists, strongly connected to terrorist groups like Al Qaeda in the Islamic Maghreb. He was just as contemptuously dismissed when he warned, Âif he fell, chaos and holy war would overtake North Africa.Â Now that chaos and holy war threaten to overtake a Western client, GaddafiÂs words are being treated with new respect.

In death, the man once ridiculed as a buffoon has become a sage. 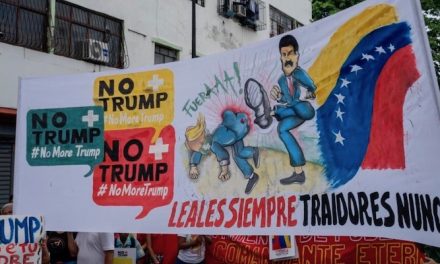