By adopting a comprehensive resolution on June 8, the United Nations Security Council has moved back to centre stage in Iraq.

Although the resolution is being touted in the Western media as a victory for Bush and Blair, the fact is that they were forced to make many substantial concessions and to eat their earlier declarations that the United Nations was irrelevant.

The resolution declares that “the occupation will end and the Coalition Provisional Authority will cease to exist and that Iraq will reassert its full sovereignty” on June 30. It also declares that the “sovereign Interim Government of Iraq, will assume full responsibility and authority by June 30, 2004.”

The reality is somewhat different. The occupation will not end on June 30 as US and British troops will remain “at the request of the Interim Government” for the foreseeable future. The US, British and Australian forces are obliged to work in “close coordination and consultation” with the Interim Government. They are to “reach agreement on the full range of fundamental security and policy issues”. The resolution speaks of a “security partnership”. This terminology is a long way from vesting sovereign control in the Iraqi Interim Government over the US, British, Australian and other occupying forces.

The resolution also gives power to the occupiers to take “all necessary measures” to provide security and reserves the right to detain Iraqis viewed as a security threat.

The mandate for the occupation forces is to be reviewed at the request of the Government of Iraq or “twelve months from the date of this resolution” (June 8, 2004).

In any case the mandate is to expire upon the completion of the political process and will be terminated earlier “if requested by the Government of Iraq”.

The resolution reaffirms the right of the Iraqi people to exercise “full authority and control over their financial and natural resources” but whether they will be able to exercise this “right” remains to be seen.

The UN resolution says that the Development Fund for Iraq, set up by the occupiers, is to be monitored by the International Advisory and Monitoring Board with “an additional” representative of the Iraqi Government. As with the occupying military forces this mandate will also be reviewed at the request of the Transitional Government of Iraq or in twelve months time.

A “national conference reflecting the diversity of Iraqi society is to be convened. This has been a consistent demand of the Iraqi Communist Party.

There is also to be an international meeting if decided by the Government of Iraq but this clause of the resolution is so vague as to be aljost meaningless.

While the struggle by the Iraqi people against the occupation and the international isolation of the United States has forced the US leaders to call in the otherwise despised United Nations and to make many concessions, the resolution is still a long way from any condemnation of the initial aggression and violation of the Charter of the United Nations. Nor does it explicitly require the removal of all foreign troops from Iraqi soil, nor does it grant complete and sovereign control of Iraq’s natural resources to an Iraqi Government.

However, the resolution does represent a new stage that will give to the Iraqi people the opportunity to elect a government that could act to fully restore Iraq’s independence and sovereignty and free Iraq from foreign occupation. 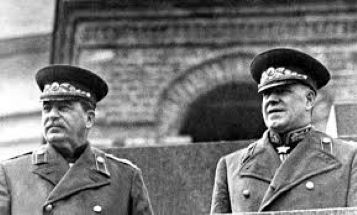 Stalin and the Red Army in the Great Patriotic War 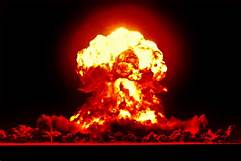