The Communist Party of Canada has condemned Israel’s "wanton aggression" in Gaza and Lebanon, and is demanding that the Harper federal government join the vast majority of the international community in criticizing Israel’s escalating military actions.

The re-occupation of Gaza; the menacing intrusion into Jordanian airspace; and now the full-scale attack by air, sea and land on Lebanon: all of these Israeli actions over the past two weeks are absolutely unjustified under international law. No state has the right to use force against another country without the agreement of the UN Security Council.

The murder of innocent civilians and the wholesale destruction of bridges, utilities and other infrastructure are not just unwarranted provocations — this type of collective punishment is a war crime committed by the State of Israel, the actions of a ‘rogue state’ out of step with world opinion which favours a just, negotiated peace in the region.

Since Israeli aggression began in late June, Foreign Minister Peter MacKay has heaped all responsibility for the current crisis onto the shoulders of the Palestinian resistance, while remaining completely silent about Israeli attacks. PM Stephen Harper went even further in London yesterday, calling the Israeli attacks on Gaza and Lebanon ‘a measured response’.

Such one-sided apologetics for Israel’s bullying, war-like behaviour is appalling and wholly irresponsible. At this critical moment when the whole region is on the razor’s edge of all-out war, Ottawa’s pronouncements are giving moral encouragement to the Israeli government to continue and even escalate its military aggression.

Harper’s extreme pro-Israeli position is binding Canada ever more firmly to the aggressive and dangerous foreign policy of the US Bush administration. Canadians should be deeply concerned about this government’s disgraceful unilateral revision of Canada’s foreign policy in this region.

Instead, Canada must demand that the Olmert government agree without delay to an immediate ceasefire to stop the bombing and artillery at once, and stop the senseless slaughter of civilians and the starvation of children. The siege of Gaza must be lifted and commercial crossings opened to allow an uninterrupted supply of food, medicines and fuel to the Palestinian population of the Gaza strip who are threatened with a humanitarian disaster.

The excuse which Israeli Prime Minister Ehud Olmert is using to justify this aggression — the capture and detention of some Israeli soldiers by the Palestinian resistance and Hezbollah fighters — is a feeble and hypocritical pretext. The ‘retaliation’ has been totally disproportionate and reveals Israel’s well-known penchant for aggression on its neighbouring countries. Furthermore, Israel’s attempt to paint itself as a victim which is forced to defend itself is farcical, given that the IDF routinely detains and tortures Palestinians (including innocent civilians) in the Occupied Territories, carries out ‘extra-judicial’ assassinations of activists, and destroys homes, clinics and schools.

Successive Israeli governments have refused to recognize the national rights of the Palestinian people to a viable, independent state on the territories illegally occupied by Israel since 1967. For years, it humiliated the fledgling government of the Palestinian Authority, keeping President Yassir Arafat a virtual prisoner in his compound. Now, Israel is trying to completely strangle the newly elected Hamas government. It has ruled out any further peace negotiations, and has brazenly declared its right to unilaterally determine the final borders — an Orwellian turn-of-phrase meaning the permanent annexation of Palestinian lands into ‘Greater Israel’.

If history has taught us anything, it is that repression, aggression and war will never subdue a restless people who have every right to resist occupation and to demand self-determination. If Israel wants to stop the Palestinian resistance, it has only to implement countless UN resolutions demanding that it end — once and for all — its illegal occupation of all territories, including East Jerusalem, seized in the 1967 war, and recognize and develop cooperative relations with a truly independent and sovereign Palestinian state. This is the only just solution that can guarantee genuine and enduring peace in the region."

The Communist Party is working across Canada to mobilize broad, urgent and powerful opposition to the Harper government’s position and to build solidarity with the Palestinian and other peoples of the Middle East targeted by the dangerous escalation of aggression by Israel.

Statement by the Central Committee, CP of Canada 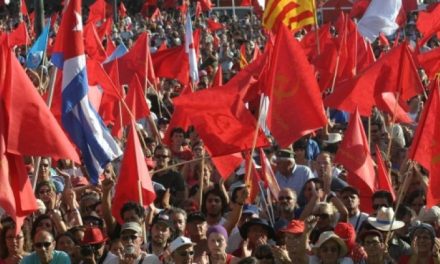 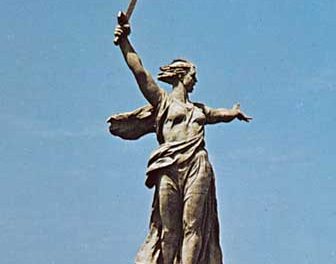 Capitalism and the Values of the National Democratic Revolution