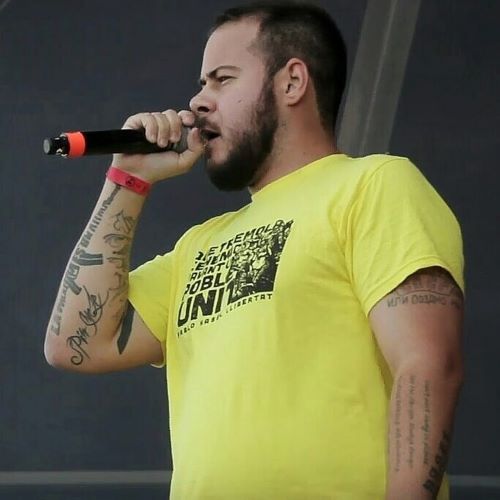 Pablo Hasel (PH) is a young Spanish rapper who has been imprisoned.

Did he rob or assault someone? No, he was sent to prison for being a communist, or as the Spanish state put it: “for insulting the Crown and inciting terrorism.” You see, in Spain it is illegal to say bad things about the King, even if they are  common knowledge and printed in the main newspapers of the world.

Here in Spain, the Nazis display anti-communist and anti-Semitic symbols, placards and banners as seen in this RT video report: https://www.youtube.com/watch?v=0RisFNLdZHk . Hitler’s goons could not have done better. So in Europe, again we hear that the Jews and the communists are to blame for the destruction caused by monarchs and right-wing politics.

Pablo Hasel  is a Marxist-Leninist, a Communist, and this was not the first time that he was arrested. In a previous arrest the police entered his house without permission of the owner, his mother, and took computers, books and other materials that belonged to him and his family. They  took or destroyed his poetry books and part of the new songs he was working on. Yes, besides being a rapper, Pablo Hasel  also writes and publishes poetry.

Since his imprisonment there have been protests all across Spain demanding his release. Meanwhile, he has also been accused of assaulting a police officer. This is a total fake charge since it was a provocation by a police officer who went to PH’s home after another trial where PH testified in favor of another rapper defendant and demolished the lies that the police were telling. So, the police decided to go there looking for a fight. And now PH is also accused of attacking this police officer. This is fascist “justice.”

It is worth noting that in order to arrest Pablo Hasel  the Spanish police invaded a public university, where PH was with friends after refusing to turn himself in. In the fashion of so many fascist regimes, he was imprisoned inside the university. During the day that PH was arrested in Madrid a fascist demonstration honored the infamous Blue Division that fought alongside Hitler’s Wehrmacht with a parade and raised their arms in a Nazi salute. How democratic these European monarchies are. The Spanish police was present at this parade to escort the fascists to avoid the possibility that the left wing “terrorists” would harm them. Who are the real terrorists? Pablo Hasél,,,, “Rapero Terrorista” (Videoclip) – YouTube

The magistrates who condemned PH were, as you might expect, well-selected; one is a political candidate for the far right and the other was decorated by the security forces. The court in Lleida, in the Spanish region of Catalonia (“Catalyuna” in Catalan) confirmed another two-and-a-half-year sentence for rapper Pablo Hasel.

The accusations stem from the lyrics he wrote in his songs. Among many political subjects, he speaks of the King and the royal family and about the millions they stole from the Spanish people. He amplifies the several accusations elsewhere published that the King killed his brother, mistreated his wife, and the scandals about sex parties, Swiss bank accounts, etc. You can imagine what a King is, can’t you?

He calls  for a popular republic of the working class.

Read here the translation to another of his songs “Death to the Bourbons”:

None of what PH says in his lyrics is false or unknown. It is all public information. Everybody in Spain knows the monarchy is corrupt.

Protests for his liberation and freedom of speech have been going on for more than a week.

Freedom of speech in Spain only exists for the fascists. And this Spanish regime which conserved all the economic power in the hands of the fascists is rotten and oppresses every strata of the working people. Spain is not a democracy,  as seen in the referendum for the independence of Catalunya. It will not tolerate the votes of the masses of people. But 80 years of fascism have had an impact on a considerable part of the population which is like a flock of sheep. The political problems in Spain today are still very similar to those in the pre-republican Spain, almost 100 years ago.

PH was not the only rapper to be incarcerated recently. Valtònyc (José Miguel Arenas Beltran), a young man of about 17 when he was arrested, also was accused and had to flee the country.

These young people, rappers and other musicians, generally declare themselves as Communists.

In the opinion of this writer the best songs by Hasel are “Comunista”, “Antifascista” and “Dictadura de la estupidez”:

A documentary about PH in Spanish: Hasél – Poeta Proscrito (2021) – YouTube

A sample of Valtònyc music that forced him to flee the country:

And because the subject is music, not only rap but also punk rock bands have emerged in Spain: LOS MONSTRUITOS – FIDEL CASTRO – YouTube

Reports of the arrest of PH and of the protests: