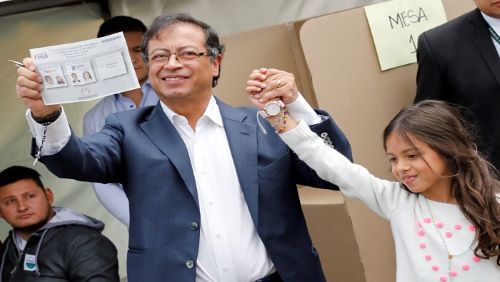 During 212 years of Colombia’s national independence, the propertied and wealthy classes, with military backing, have held the reins of power. Gustavo Petro and Francia Marquez, presidential and vice-presidential candidates of the Historical Pact coalition, scored a first-round victory in elections held on May 29. They are forerunners of a new kind of government for Colombia.

If they prevail in second-round voting on June 19, they will head Colombia’s first ever people-centered government. Petro’s opponent will be the May 29 runner-up Rodolfo Hernández.

The tallies were: Petro, 40.3% with over eight million votes; Hernández, 28.1% for nearly six million; and Federico Gutiérrez, 23.9%, or just under five million. Other candidates shared the remaining votes. The voter participation rate was 54%, standard for Colombia.

Petro’s right-wing electoral opponents represented varying degrees of attachment to the extremist ex-President Alvaro Uribe (2002-2010) and his protegee, current President Ivan Duque, who was not a candidate.

Oscar Zuluaga, the early standard-bearer for the Uribe cause, ended his non-prospering campaign in March in favor of Federico Gutiérrez and his “Team for Colombia” party. Opinion polls showed Gutiérrez losing ground while, coincidentally, the candidacy of the conservative Hernández was gaining support.

Petro, 62 years old, was a leader of the radical April 19 Movement, mayor of Bogota, twice a presidential candidate, and has been a senator. As such, he led in calling to account ex-President Uribe for political corruption and ties with paramilitaries. He defines his politics as “not based on building socialism, but on building democracy and peace, period.”

Vice-presidential candidate Francia Márquez projects what looks, from this vantage point, to be star-power. She is a 40-year-old African-descended lawyer and award-winning environmentalist who, from her rural base, organized against the plunder of natural resources. As a presidential candidate in the primary elections in March, she gained 780,000 votes from Historical Pact electors—third place within that coalition. Her candidacy reflects a merger of sorts between a social movement and political-party kinds of activism.

Candidate Rodolfo Hernández is a special case. Analyst Horacio Duque claims that “The Gringos’ Embassy [United States] and the [Colombian] ultra-right are moving to catapult” this former mayor of Bucaramanga “onto a platform for existential salvation … by forcing a way toward a second round.”  The wealthy real estate profiteer and mega landlord for low-income renters faces bribery charges relating to a “brokerage contract” and trash disposal. With a slogan of “no lying, no stealing, and no treason,” Hernández is a self-described enemy of the “traditional clans.” He is a devotee of social media.

The Historical Pact campaign benefited from circumstances. The failings of the 2016 Peace Agreement with the FARC insurgency are clear, namely: persisting violence, no agrarian reform, and continuing a drug war in the countryside. The blame falls upon Uribe’s machinations and the Duque government.

The campaign follows two years of demonstrations that, led by young people, were violently repressed by the police. Protesters called for full access to healthcare and education, pension reforms, and new labor legislation. They set an agenda for change.

Death threats greeting Petro and Francia Márquez on the campaign trail forced them to cancel some events and deliver speeches from behind protective shields. Earlier popular mobilizations had also triggered ugly reactions.

Commentators recalled the assassinations of four leftist or liberal presidential candidates between 1987 and 1990 and the murder of prospective presidential candidate Jorge Eliécer Gaitán on April 9, 1948. Petro and Gaitan are the only progressively-oriented political figures in Colombia’s history to have had realistic hopes for becoming president.

For a few days in early May, the “Clan del Golfo” paramilitary group reacted to its leader’s extradition to the United States on drug-trafficking charges; paramilitaries “stole, threatened, killed, and burned trucks and taxis” throughout northern Colombia. They coordinated their mayhem with the police and soldiers, and “the Duque government didn’t move a finger to contain them.” Reasserting their role as enforcers and destabilizers, the paramilitaries disrupted the Historical Pact’s campaign.

Petro and Márquez promised much. They would improve food security, education, healthcare, and pensions and reverse the privatization of human services. Petro would rein in extractive industries, cut back on fossil-fuel use, and renegotiate free trade agreements. He called for land for small farmers, peace with the insurgent National Liberation Army, and restraining the paramilitaries. He promised to respect Venezuela’s sovereignty.

An interventionist U.S. government is uneasy about a change-oriented government in Colombia. U.S. General Laura Richardson, head of the U.S. Southern Command, met with Colombian General Luis Navarro in March. She sought assurance that a Petro victory would not lead to the dismantling of seven U.S. Air Force bases in Colombia. Navarro indicated military leaders and most congresspersons would oppose such a step. The Southern Command issued a press release confirming that “Colombia is a staunch security partner.”

U.S. Ambassador Phillip Goldberg’s comment on electoral fraud, delivered to an interviewer in mid-May, had destabilizing potential. He mentioned the “real risk posed by the eventual interference in the elections by the Russians, Venezuelans, or Cubans.” Goldberg’s excessive zeal for U.S. interests had been on display in Bolivia. As ambassador there in 2008, he immersed himself in an unsuccessful coup attempt against President Evo Morales – and was expelled.

The U.S. impulse to determine who governs in Colombia was on display on May 13 with a debate involving Colombian vice-presidential candidates. It was staged in Washington, not in Colombia. The congressionally-funded U.S. Institute of Peace session hosted the session. The appearance was that of a junior partner auditioning, as in seeking approval from a boss.

Commenting on his victory, Petro remarked that “forces allied to Duque have been defeated … The message to the world is that an era is finished.” Reaching out to “fearful businesspersons,” he proposed that “social justice and economic stability are good for productivity.”

The Historical Pact faces an uphill battle as it approaches the voting on June 19. According to an observer, opposition candidate Rodolfo Hernández will inherit the institutional and personnel resources the Duque government dedicated to the Federico Gutiérrez campaign. First-round voters for the several right-wing candidates will now turn to Hernández. The Historical Pact will have to engage with Colombians who did not vote on May 29. 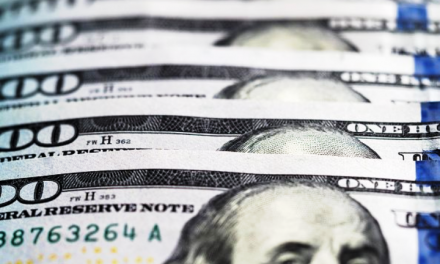 2020 Election to Near $11 Billion in Total Spending, Smashing Records 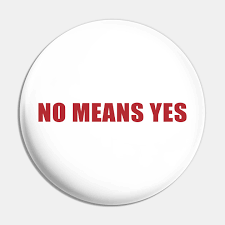 such an inspiring story for the readers of this website. I must say keep up the good work and keep writing such posts for us to be motivated in our lives. Keep posting