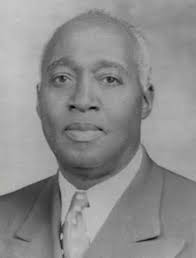 After Benjamin Lowell Careathers died at South Side Hospital in 1964, a newspaper obituary offered a few final digs: “Prominence faded years ago . . . virtually unknown to the younger generation.”

But other lines hinted at his true influence: “Long-time Communist Party leader in the Pittsburgh district,” operator of the region’s “chief outlet for Communist Party literature.” In truth, Careathers was among the movement’s most active local members, a key figure on the Black left in his time — once called “the best known Communist in Pittsburgh.” Life would carry him from the Jim Crow South to Ohio Valley steel mills and to national prominence in a sedition case.

Careathers was born to a poor family in Tennessee in the 1890s. “I do not know the exact date of my birth,” he told a judge during his sedition trial. “As you know — no doubt know, or should know — down South birth certificates and other official records were not kept where Negro people were concerned. We were not considered people.” He left home as a teenager and took jobs where he could, eventually settling in Pittsburgh. “Because of the ‘no-Negro-need-apply’ attitude, I finally wound up working as a laborer in a steel mill.” (Much of his biography, intended for his opening statement and preserved in a pamphlet, was kept from the trial on the judge’s orders).

The young Careathers got involved in politics, until one day he was introduced to the writing of Communist Party leader William Z. Foster, who had organized the 1919 steel strike in Pittsburgh. He joined the party, and by the early 1930s he was distributing leaflets and joining hunger marches. “There was no turning back now, no arguments, no waiting-and-seeing,” as a florid 1953 profile in Marxist magazine Masses & Mainstream put it. “Political struggle was to be his bread from now on.”

Life as an organizer

Careathers ran as the party’s candidate for various state offices in the ’30s. A 1932 piece in the Pittsburgh Courier, the city’s Black newspaper, names him as a representative of one of the “four main parties” (Democratic, Republican, Socialist and Communist) at a political forum. He gave talks on the Italian invasion of Ethiopia, spoke alongside Black radical leader Angelo Herndon and traveled to the Soviet Union.

In 1936, he got perhaps his most important role yet. As Careathers told it (and as reported in Masses & Mainstream), he was approached in Ambridge by Philip Murray — head of the Steel Workers Organizing Committee, later of the United Steelworkers and the Congress of Industrial Organizations — and asked to organize steel workers in Aliquippa. “Will your politics interfere with organizing the workers?” Murray asked. The answer, evidently, was no. “I recruited into the union some 2,000 steel workers while I was an organizer,” Careathers later wrote. Some of his organizing cards are preserved at the University of Pittsburgh.

Careathers became a key figure tying the Communist Party and SWOC to Pittsburgh’s Black community, organizing a national campaign to enlist Black support for the steelworkers’ drive. As the magazine profile by novelist and journalist Phillip Bonosky described him:

He is profoundly typical of Pittsburgh! Those eyes, which have seen everything, are glowing with hope! There is not a shred of illusion in the man-and not a trace of pessimism. He is modest: but no intellectual from any Harvard, Yale or what-have-you could outwit him or negate his knowledge. He is mild and gentle; but like iron.

Careathers got his first taste of red-baiting in 1940, when — as the party candidate for state treasurer — he was arrested along with several other organizers for allegedly filing fraudulent electoral petitions. Newspapers eagerly covered the “Red election petition fraud,” which the defendants dismissed as a political attack. Described as “the actual chairman of the party in Pittsburgh,” he was sentenced to a fine and 18 months in a workhouse.

Careathers kept organizing. He taught classes on the Black working class, pushed for funding to enforce fair employment policies and got new jobs with the party: In 1950, he became the party’s district treasurer. The role would draw him new attention a year later, when a federal grand jury indicted Careathers and four comrades for violating the Smith Act — a law that allowed up to 20 years’ imprisonment for advocating the overthrow of the U.S. government by force. The law was used against Communists to great effect during the Red Scare, forcing party members to defend their peaceful intentions.

Reporters identified Careathers as “‘top brass’ in the Red legion.” Joseph Mazzei, a theater owner who claimed to have infiltrated the Pittsburgh Communist Party for the FBI, testified that the defendants — labeled the “Pittsburgh Five” by allies — had plotted violence in secret meetings. The defendants were convicted and sentenced to five years in prison, but they soon launched a series of appeals that would end up at the Supreme Court. Careathers kept up the fight alongside party officer Steve Nelson, who called him “the kind of guy you always wanted next to you when trouble was about to happen.”

As months and years passed, the case against the Pittsburgh Five weakened. Nelson beat similar state charges at the U.S. Supreme Court. Mazzei was exposed as an untrustworthy witness, and the high court soon tossed out the Smith Act convictions and ordered a retrial. In 1957, a federal judge threw out the charges and prosecutors abandoned their case.

Careathers was already in ill health during the trial: He provided the court chest X-rays in 1953 to show he suffered from tuberculosis. He would remain at his home in Beltzhoover with his wife, Lela, having raised three children. He died in 1964; obituaries said he was 83 years old, although his birth year remained uncertain.

In 1953, while he was on trial, Careathers sat down with Bonosky for his Masses & Mainstream interview. He told the writer, a fellow Pittsburgher: “I’m convinced that capitalism is responsible for the crimes I’ve seen in my life. If I don’t live to see socialism — I want my children to.”