ThereÂs a subsidiary ILEA in Lima, Peru.Â  Selected Latin American students move on to further training in Roswell, at the School of the Americas (SOA), or at the Fort Huachuca, AZ intelligence Â some say torture Â training center.

A recent fracas in Buenos Aires shows, however, that U.S. police training extends beyond ILEA confines. On February 10, customs officials barred entry to a shipment arriving on a U.S. Defense Department plane with machine guns, rifles, and communications equipment. Foreign Minister Hector Timerman was there as aÂ  two Â day airport standoff ensued. The U.S. Ambassador refused requests to open up one box eventually shown to contain narcotics, guns, and computer files.Â  The contraband remains in Argentinean custody. The supplies were allegedly sent as part of a course Ft. Bragg Special Forces troops were planning for local police.

Timerman, who had previously spoken out on U.S. police training in Argentina, in effect brought ILEAs out of the shadows. HeÂd already complained that Buenos Aires police are enrolled Âat schools dedicated in the past to military training in coup techniques and in persecution of political enemies.Â In Twitter messages and press briefings, he likened the ILEA to the SOA, referring, said one reporter, to ÂLittle Schools of the Americas outside U.S. territory that substitute for the sinister U.S. terror academy at Ft. Benning.Â

The SOA, established in Panama in 1946 and later moved to Ft. Benning in Georgia, has schooled almost 65,000 military officers and soldiers. Not only was the SOA curriculum shown to include torture and internal repression measures, but many graduates followed murderous, crime Â ridden careers. Documentation in that regard for ILEAs is lacking, but one area of probable kinship can be surmised.

Loyalty building, on the SOA agenda, probably resonates with ILEAs too. On February 4, the El Salvador ILEAÂs greeting to incoming Argentinean police students appeared on a judicial affairs website. Objectives of Âcombating terrorism, narco-trafficking, financial crimes, internet crime, and illegal arms trafficÂ were noted. Then flattery took over: ÂTransnational crime is a great challenge [but] due to your having been chosen, along with your colleagues, we feel very confidant the challenge will be met.Â

Leslie GillÂs book ÂThe School of the AmericasÂÂ (Duke University Press, 2004) suggests the SOA Âbought cooperation by providing trainees with opportunities to participate in a cosmopolitan, modern world and to bask in the refracted glow of empire.Â The School Âopened pathways to power for male members of the lower middle class.Â

Gill sees the U.S. government as relying Âless on unilateralism than on increasing collusion of Latin American military establishments with U.S. military powers.Â The SOA is Âan important center where these ties are cemented.Â The point here is that police men and women are also logical candidates for collegiality.

Panama and Costa Rico each rejected U.S. requests to host the Latin American ILEA, the latter because of U.S. insistence on exempting ILEA personnel from prosecution for crimes against humanity. Ending up in El Salvador, the ILEA has been functioning in San Salvador since 2006. Washington paid $5.5 million toward a new ILEA structure there

In 2008, U.S. funders paid out $16.5 million for ILEA operations in El Salvador and Peru. Reporter Jean – Guy Allard describes the latter site, specializing in counterinsurgency training, as Âone of the most dangerous institutions in the network.Â Observer Marcelo Arbuez writes (Aporrea.org, February 8) that, ÂIt goes without saying that this theme (ILEAs) must occupy center stage at the next meeting of the Union of South American Nations, with the precise object of definitively closing this imperialist cave.Â 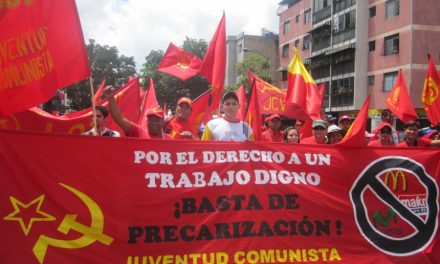