Forty-four million people in the United States, or one in seven residents, lived in poverty in 2009, an increase of 4 million from the year before, the Census Bureau reported on Thursday.Â  The poverty rate climbed to 14.3 percent Â the highest level since 1994 Â from 13.2 percent in 2008. The rise was steepest for children, with one in five residents under 18 living below the official poverty line, the bureau said.

The report provides the most detailed picture yet of the impact of the recession and unemployment on incomes, especially at the bottom of the scale. It also found that the temporary increases in benefits in last yearÂs stimulus bill eased the burdens on millions of families.

The number of residents without health insurance in 2009 climbed to 51 million, from 46 million in 2008. The share of children who were uninsured fell, though, reflecting an expansion of government health programs covering low-income children. The share of uninsured adults rose, as a long-term decline continued in the number who have private health insurance. Health experts expect the share of residents without health coverage to decline in coming years as the health care overhaul adopted by Congress in March begins to take effect.

Government benefits like food stamps and tax credits, which can provide hundreds or even thousands of dollars in extra income, are not included in calculating whether a familyÂs income falls above or below the poverty line. But rises in the cost of housing, medical care or energy and the large regional difference in the cost of living are not taken into account either.

By any measure, living on so little income is precarious, and some experts think that people who are getting by on as much as twice the official poverty line should nonetheless be considered poor.

If the temporarily augmented food-stamp benefits and low-income tax credits were included as income, close to 8 million of those labeled as poor in the report would instead be just above the poverty line, the Census report estimated.

At the same time, expanded unemployment benefits, which are considered cash income and included in the calculations, helped keep 3 million families above the line last year, the report said.

The median income of all families remained roughly the same from 2008 to 2009. It had fallen sharply the year before, as the recession gained steam, and remains well below the levels of the late 1990s, a sign of the stagnation or decline in earnings of nonelderly Americans as a group.

Some economists had predicted that household incomes would fall further in the latest report.

David Johnson, a division chief of the Census Bureau, said that taking the two latest years together, the 3.4 percent drop in incomes in 2008 and 2009 was comparable to the income declines during previous recessions.

The poverty line is a flawed measure, experts agree, but it remains the best consistent long-term guage of need available, and its ups and downs seem to reflect genuine trends.

When the line was first developed in the 1960s, it was based principally on the cost of food. Since then, it has been adjusted for inflation, and the costs of housing, medical care and energy have become far more important factors. At the same time, the growth in noncash benefits and tax credits have not been included.

The federal government is devising an alternate calculation that will include important non-cash and after-tax income, and account for regional differences in costs. But it will continue to calculate the rate in the current way as well, in part because eligibility for many benefit programs, from Medicaid to free school lunches, is based on the longstanding poverty line. 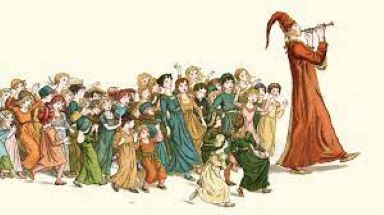