Researchers from Penn, NYU, and the University of Chicago studied Medicare data that covers more than 18,000 nursing home facilities, about 1,700 of which were bought by private equity from 2000 to 2017.

Their findings are sobering.

The researchers studied patients who stayed at a skilled nursing facility after an acute episode at a hospital, looking at deaths that fell within the 90-day period after they left the nursing home. They found that going to a private equity-owned nursing home increased mortality for patients by 10 percent against the overall average.

Or to put it another way: “This estimate implies about 20,150 Medicare lives lost due to [private equity] ownership of nursing homes during our sample period” of 12 years, the authors — Atul Gupta, Sabrina Howell, Constantine Yannelis, and Abhinav Gupta — wrote. That’s more than 1,000 deaths every year, on average.

What accounts for such a significant loss of life when private equity takes over a nursing home? The researchers advance a few possible explanations.

For one, they note, the increased mortality is concentrated among patients who are relatively healthier. As counterintuitive as that may sound, there may be a good reason for it: Sicker patients have more regimented treatment that will be adhered to no matter who owns the facility, whereas healthier people may be more susceptible by the changes made under private equity ownership.

Those changes include a reduction in staffing, which prior research has found is the most important factor in quality of care. Overall staffing shrinks by 1.4 percent, the study found, but more directly, private equity acquisitions lead to cuts in the number of hours that front-line nurses spend per day providing basic services to patients. Those services, such as bed turning or infection prevention, aren’t medically intensive, but they can be critical to health outcomes.

“The loss of front-line staff is most problematic for older but relatively less sick patients, who drive the mortality result,” the authors wrote.

The study also detected a 50 percent increase in the use of antipsychotic drugs for nursing home patients under private equity, which may be intended to offset the loss in nursing hours. But that introduces its own problems for patients, because antipsychotics are known to be associated with higher mortality in elderly people.

The combination of fewer nurses and more antipsychotic drugs could explain a significant portion of the disconcerting mortality effect measured by the study. Private equity firms were also found to spend more money on things not related to patient care in order to make money — such as monitoring fees to medical alert companies owned by the same firm — which drains still more resources away from patients.

“These results, along with the decline in nurse availability, suggest a systematic shift in operating costs away from patient care,” the authors concluded.

The researchers make a point in their opening to stipulate that private equity may prove successful in other industries. But, they warn, it may be dangerous in health care, where the profit motive of private firms and the welfare of patients may not be aligned:

For example, patients cannot accurately assess provider quality, they typically do not pay for services directly, and a web of government agencies act as both payers and regulators. These features weaken the natural ability of a market to align firm incentives with consumer welfare and could mean that high-powered incentives to maximize profits have detrimental implications for consumer welfare.

This finding is likely to draw a lot of attention, as David Grabowski, a Harvard Medical School professor who studies long-term care, told me. (He said he found the result to be plausible, though he would need more time to unpack the research data in full.) Private equity has already faced scrutiny for surprise medical billing and acquisitions of physician practices.

This study of nursing homes lays down a marker in the research literature: private equity leads to worse care. For patients, it’s a matter of life and death.

This article first appeared at Vox 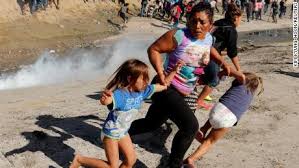 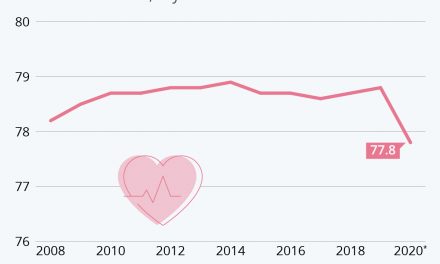