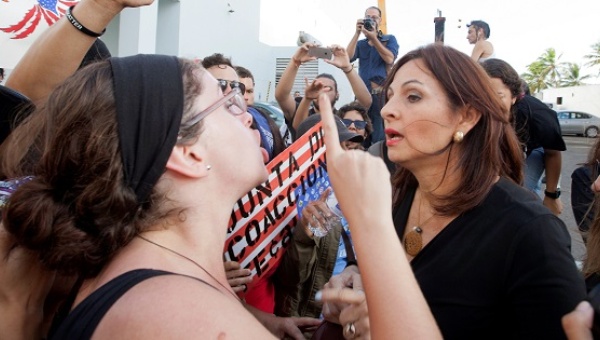 Obama’s appointments to the unelected oversight panel includes Andrew Biggs, an architect of conservatives’ efforts to privatize social security in the U.S.

Hundreds of protesters took to the streets in San Juan Wednesday to block the first scheduled conference on the installation of a financial control board to remedy Puerto Rico’s crippling debt crisis but slammed by critics as an anti-democratic, neo-colonial policy that will redistribute wealth from the island nation to Wall Street.

Demonstrators formed protests lines and blocked roads with rocks and bricks to disrupt the conference at San Juan’s Condado Plaza Hilton. They carried signs and shouted slogans against the federal control board, whose authority will supercede that of Puerto Rico’s democratically-elected governor, effectively handing budgetary decision-making over to unelected appointees, many of them bankers.

The U.S. law creating the control board, known by its acronym PROMESA, grants the oversight panel the power to cut pensions, labor contracts with civil servants, and social services, to restructure its US$73 billion debt load.Despite lines of riot police and occasional use of pepper spray, the protests managed to block conference-goers on their way to the venue and forced organizers to re-arrange the meeting agenda, local media reported.

“The power of the people and their determination to have control of their own destiny was so apparent,” Eli Jacobs-Fantauzzi, a member of Defend Puerto Rico, told Remezcla Wednesday.

Meanwhile, just hours after demonstrators gathered early Wednesday morning for the day of action bringing together various organizations, President Obama announced his appointments to the seven-member, Republican-dominated federal control board. The group of experts, six men and one woman, includes Andrew Biggs, described by The Intercept as an “architect of conservative efforts to cut and privatize social security.”

In a statement Wednesday, U.S. member of Congress Luis Gutierrez, who has been a staunch critic of PROMESA, warned against the potential of the control board becoming an “occupying force,” calling on members to commit to transparency. “Last I checked, Puerto Rico is a colony, but still a democracy of U.S. citizens who deserve respect and the trust of this appointed body,” Gutierrez wrote.

PROMESA, the Puerto Rico Oversight, Management and Economic Stability Act in full, was rushed through U.S. Congress—where Puerto Rico doesn’t have a vote—in late June, ahead of the island’s July 1 debt payment default. Passed with bipartisan support, the act was heralded as a plan to rescue Puerto Rico. But critics have harshly condemned the PROMESA control board as a pretext to ramp up colonization and undercut labor rights and slash public services.

Protests have been ongoing on the island. Earlier this week, anti-PROMESA demonstrators attempted to shut down the local newspaper El Nuevo Dia, accusing the outlet of promoting the control board with a pro-U.S. editorial line. A group of protesters have also maintained an occupation outside the U.S. federal court in San Juan’s Hato Rey area, launched at the end of June as a long-term encampment against the so-called “junta.”

PROMESA has already brought changes to Puerto Rico, including slashing the minimum wage to just US$4.25 for people under 25 amid high levels of poverty and unemployment. Funding for pensions, education, and health care is also facing cuts, while basic services are at risk of privatization.Puerto Rico’s legal status and colonial relationship with the U.S. have crippled its ability to tackle its debt crisis.

As a U.S. territory, the island is barred from declaring bankruptcy, an option only available to municipalities in U.S. states through the bankruptcy code. This legal conundrum has meant that it is very difficult for Puerto Rico to restructure its US$73 billion debt.

While Puerto Rico faces austerity and a financial control scheme reviled as colonial, bondholders are poised to reap massive profits. A recent report by the ReFund America Project found that nearly half of Puerto Rico’s debt load is interest on loans underwritten by a slew of Wall Street firms through what the researchers of the report compared to a payday lending scheme.

In San Juan, demonstrators have pledged to continue protesting PROMESA. 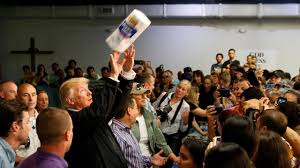 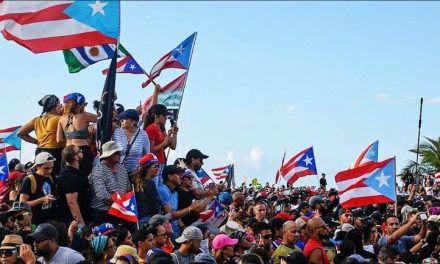 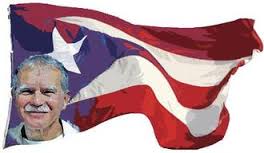 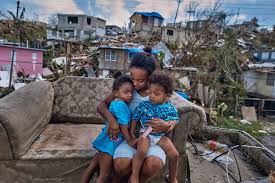