Suddenly, Venezuela has disappeared from the dominant media networks. Instead, if Capriles had won the election on October 7th, all would have been otherwise.

But, on the contrary, Chavez was re-elected with more than eight million votes and winning by 11 percentage points, in elections in which eight out of ten eligible Venezuelans voted. Among the right-wing candidate’s supporters, tears are still being wiped off their cheeks.

The Bolivarian victory was predictable by any minimally informed onlooker. The truth is the campaign, monitored from the conspiracy centres, broke all bounds to spread the idea of a "technical draw". The false perspective helped confusion inside and outside Venezuela.

But the evidence of popular triumph disappointed those who planned to de-legitimise the results and de-stabilize the country. That infamous torrent of falsehood will certainly be back shortly.

After fourteen years of an intensive class struggle, the Venezuelan process carries on, giving exemplary lessons of democratic participation and popular unity. Nobody can deny it.

Peaceful but not unarmed, the Bolivarian revolution marches to the rhythm of emancipation, without tiring, in the "representative democracy" framework, to which it’s bound, particularly hurting the bourgeoisie and imperialism.

The renewal of President Chavez’s constitutional mandate, till 2019, is a window of opportunity to carry on building strength along the transformative path to national independence and to carry out the work of consolidating change demanded by the great masses.

It is a transcendental victory for Latin America, the peoples of the South and the revolutionary and progressive forces’ liberation movement throughout the world, at this tumultuous time, with plenty of threats, together with capitalism’s structural crisis.

At the same time, there exists an awareness that the revolution, with its own weaknesses and contradictions, is far from being an irreversible achievement.

The 6.5 million votes chalked up by Capriles, even allowing for a demagogic end campaign during which he presented himself as a "democratic left-wing" champion, proves the right-wing holds an important electoral basis of a popular nature. The deep capacity for self-criticism, identification of mistakes and correction of faults are essential elements in a revolutionary process.

But, as Oscar Figueroa, the Venezuelan Communist Party’s (VCP) General Secretary states, the advances of the Venezuelan process "are unquestionable and surmount any errors" (in Correo del Orinoco, 12.10.14).

Regarding elections, for now, the battle goes on with the December elections, for governorships and regional councils of the twenty three Venezuelan states.

At the strategic level, attention centers on the approval, in January, of the Second Socialist Management Plan for 2013-19, which is takes as a socialist transition program through the deepening of participative democracy.

In the Plan’s introduction, one can read: " the socio-economic model that, nevertheless, prevails within Venezuela, has a capitalist and rentier nature. Socialism, certainly, has only but begun to implant its own internal dynamism(…)."

Precisely. This is a program to ensure and deepen it, focused on a radical suppression of the logic of capital, which ought to be accomplished, step by step, but never retarding the advance towards socialism.

The theoretical and practical challenges placed before the Venezuelan revolution are huge. Popular awareness of progress is an encouraging factor amid this historical process. The VCP insists on the basic need of building unity and strengthening instruments amid collective leadership, in order to safeguard the revolution.

The imperialist threat must not be underestimated, at the precise moment when the IMF ‘s chief states in Tokyo, that in the core [capitalist] economies average public debt at 110% of GDP, is reaching the war-time level…

Solidarity towards the Bolivarian Venezuela is, more than ever, a current imperative. 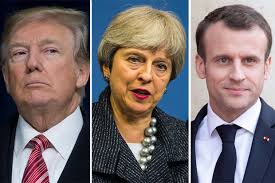 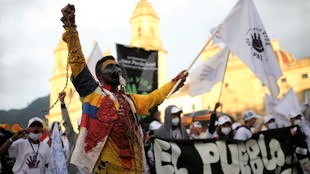