“If This is Stalinism, Then Count Me In”

Richard Seymour, the left author and force behind the well-known blog LeninÂs Tomb, has dismissed my critique of his support for Syrian rebels as a pitiable Stalinist diatribe.

Have I any reply? a WhatÂs Left reader asked.

My surmise is that Seymour called my critique ÂStalinistÂ because, in his view, his sympathy for Trotskyist politics could only be significant to a Stalinist, and also because itÂs Trotskyist second-nature to denounce critiques from the left as ÂStalinistÂ. (Yes, itÂs true, too, the same can be said for many self-identified Stalinists, who are just as quick to denounce critiques from the left of their own positions as ÂTrotskyist.Â )

My drawing attention to SeymourÂs identification with Trotsky was superfluous (the argument stood on its own.) But it gave Seymour an easy out in name calling and therefore was ill-advised.

Still, IÂm sure he would have found another label for meÂ Âauthoritarian,Â or ÂbankruptÂ or ÂmechanicallyÂ anti-imperialist. These are the insults du jour.

So why did I drop the T bomb? Because I think itÂs fair to say that SeymourÂs analysis owes much to Trotskyist thinkingÂas it could be said just as fairly that my own owes much to thinking that would not have been out of place in Soviet politics. If that, then, is what ÂStalinismÂ is, then I am guilty as charged and SeymourÂs description of my argument as Stalinist is fair and accurate.

As for replying to the points Seymour raises in his new article I can only say this: He appears to have set for himself a test of his forensic skills. Can he persuade others to accept an absurdly indefensibleÂalmost fantasticalÂposition? Judging by what his readers have written on his blog, his forensic skills have proven to be not quite up to the task of lugging the dead weight of an indefensible position up the hill of reason and good sense.

As some of his own readers have pointed out, a revolution must be judged, not by its imperfectly understood origins or aims, but by its destination and outcomes. It is clear to anyone whose mind is not addled by disdain for revolutionary governments that fail to live up to the Trotskyist ideal, or hope that the latest uprising is a signal for the outbreak of socialist revolution on a world scale, that the overthrow of the Asad government, should it come, will not usher in a popular, democratic regime, pregnant with the possibilities of socialist revolution, but a subaltern US client state and the elimination of what elements of socialism remain in the Syrian economy.

The predictable apology of a BaÂthist? Hardly. I am not a BaÂthist, and nor would I belong to the BaÂth party were I Syrian. My politics incline more to the left than the BaÂth could comfortably accommodate. But I am sympathetic to the aims of the Syrian state, and have found much in its record to be admired, namely, its non-sectarian aspirations, anti-Zionism, support for Palestinian liberation, anti-imperialism and amelioration of the material circumstances of a once oppressed agrarian population.

On balance, the Syrian state has been far more progressive than regressive, and has done far more that is worthy of praise than condemnation.

The same, however, cannot be said for the significant part of the forces that oppose Damascus and seek to bring the Asad government down. There is no question that the rebels (or ÂterroristsÂ as they would be called were Asad on WashingtonÂs side) will, if they prevail, clear the way for the Syrian National Council to supply the key personnel to a successor government.

And nor is there any question that the successor government, should it be formed, will immediately sever connections with Iran and HezbollahÂdisrupting the so-called Âaxis of resistanceÂÂand steer the ship of state on a course set in Washington. There is no ambiguity about this, because the SNC has already said that this is what it will do. [1]

It shouldnÂt take a mind of especial perspicacity, then, to see that rebels and terrorists who are backed politically, diplomatically, materially and militarily by the United States, its western allies, and its subalterns in the Gulf, will not usher in a genuine popular, democratic government in Syria anymore than Solidarity ushered socialism into Poland, the latter being a misplaced hope of politically naive leftists of an earlier decade.

The destination and outcome of that uprising was accurately foreseen by people with a firmer grasp on realityÂthe ones denounced at the time as pitiable Stalinists. 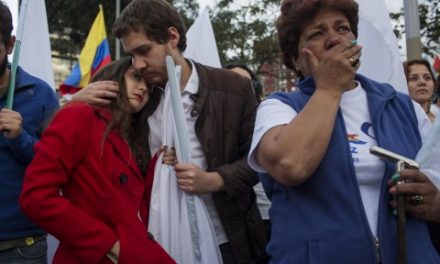