The Rome Conference held yesterday by the so-called Lebanon Group failed miserably. Called offhandedly in the lack of another instance able to meet and approach in a straightforward manner and with a multilateral point of view the Middle East crisis, the Rome Conference had a flawed origin, for the Lebanon Group appeared as last-minute arrangement on the initiative of enemies of the Lebanese people when former Premier Hariri was murdered. Moreover, the parties gathered, despite the good intentions of a few, had no mandate, no authority and — as it became clear in the end — no power to impose the only measure that would represent a starting point towards peace: the immediate interruption of Israel’s strikes in the Lebanese territory.

The representative of US imperialism, Condoleezza Rice, has made clear on which side she is on, reiterating the United States’ invariable support to Israel. She also declared to her interlocutors and to the world that the United States opposes the ceasefire, unless the Lebanese national resistance forces are finished off, even at the expense of destroying Lebanon. When the head of the United States’ Department of State affirms that "ceasefire cannot lead to the previous state of things" she is in fact defending that the Israeli war should be waged until that rogue state, which is its bridgehead in the region, takes definitive hold of Lebanon’s Southern region and establishes there a militarized enclave.

The United State’s imperialists are now articulating political and diplomatic support to the shameful proposal of sending a "multinational force" to Lebanon’s South that would grant conditions leading to the end of the conflict. That would be another occupation force, an auxiliary line to Israel’s murderous army and air force. Its ultimate goal would be to grant a "multilateral" status to the persecution of resistance forces and cover the ominous plan of putting a shattered and compliant Lebanon under tutorship. There is no doubt that the "multilateral force" will lead Lebanon and the region to more war instead of peace. It is clear that they will be fought by the resistance forces, which are viewed as "terrorist" in the West due to the manipulation of public opinion by disinformation media and hailed as liberation forces in Lebanon and in all Middle East.

The proposal of creating a multinational force is put forward at the same time as the campaign for the application of UN Security Council resolution 1559, from September 2004, which calls for the disbanding of all the militias in Lebanon’s South. It is a matter of a clearly anti-Hizbollah resolution, which has already been rendered null by the evolution of events. By the way, the "international community", which holds dear that resolution, would contribute more to pacifying Middle East by forcing Israel to comply to resolution 194, which acknowledges the Palestinians’ right to return to usurped lands. In the present crisis, the first and forejost duty of the United Nations and democratic governments should be the unequivocal condemnation of Israel by the attacks on Lebanon and the demand for an end to air strikes. The acquiescence to the creation of that "multinational force" proposed by the United States would represent another blow to the already weakened authority of the UN, which Bush, by attacking Iraq, views as an irrelevant body.

The Israeli war against Lebanon is another episode in the escalating moves made by the United States’ imperialism in order to "restructure Middle East", which is viewed as a priority by the Bush Administration. The US imperialism counts with Israel as its decisive ally and gives more and more eloquent signs that it will not stop before anything to rule that strategic region, even though it costs the destruction of countries and the extermination of peoples.

The war of the Israeli criminals cuts deep in the soul of the Brazilian people, since thousands and thousands of Lebanese and their descendants are Brazilians who live and frequently travel to the Cedar Country to take some time off. There is a part of Brazil in Lebanon and vice-versa. The enormous effort made by Brazilian diplomacy to transport Brazilian citizens aljost failed because the rogue State of Israel presented obstacles and, according to declarations made by Brazilian Foreign Minister Celso Amorim, did not guarantee that Brazilians crossing the border would be safe. That would justify the growing clamor for shutting down our embassy in that country. 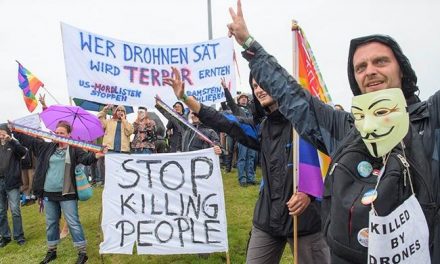