The Boston bombings should force us to take a deeper look into how the US labels and relates to groups or people who Âuse violence against civilians for political purposesÂ — the definition of ÂterrorismÂ consistently expressed almost in chorus by the Clinton, Bush and Obama regimes when they go to war against it.

In fact, if the ÂterroristsÂ kill civilians (often the mantra is: Âtheir own peopleÂ) as part of a campaign against governments or entities which resist US hegemony, the US regards them has having legitimate grievances and gives them support ranging from a positive press (the Uighurs of China),an invitation to the White House (Dalai Lama), and framing them as another countryÂs Âinternal problemÂ(Chechens and other Russian minorities).

At the other extreme, if they seem to have a chance at regime change of a weaker government, the US enthusiastically endorses their cause and backs them with varying intensities of raw military force (Kosovo, Afghanistan, Libya, Iran and Syria). The Lesser Evil just doubled his support for the Syrian Âarmed opposition,Â which every day kills more civiliansÂoften with the same weaponsÂthan the Boston bombers.

In short,ÂterrorismÂ OK as long as the civilians are killed for political objectives endorsed by the US. In an earlier terminology, ÂOur freedom fighters are your terroristsÂ and vice versa.

ItÂs not yet clear what the motives of the Boston bombers were but their familyÂs Chechen origin (their father received asylum in the US based on his activities in that regionÂs separatist wars, but reports differ on which side he was on) suggest we review the US response to those wars.

And the consistent position of the Clinton, Bush and Obama regimes has been to label the separatist wars an Âinternal Russian problemÂ and urge the government to negotiate a political settlement. (see Jennifer Epstein, Presidents all avoided talking about Chechnya (http://www.politico.com/story/2013/04/obama-bush-clinton-all-avoided-talking-chechnya-90327.html#ixzz2QyKyVHo3).

During these years, the regional separatists who were originally secular, have become more militant Muslims and have joined Jihadist groups fighting in Bosnia, Afghanistan, Iraq, Libya and most recently in Syria.

The US regimes refused to label the separatist fighters as ÂterroristsÂ except for a small group identified with Al-Qaeda.Â  Russian president Putin called out the US for dividing terrorists between ÂoursÂ (those who directly threaten the US) and ÂtheirsÂ (whoÂperhaps until nowÂdid not attack the US).

In the wake of Boston, his spokesman pointedly reminded Obama that "Back at the time when we had a war raging in the Caucasus, Putin repeatedly said that the terrorists shouldn’t be divided into ‘ours’ and ‘theirs,’ they mustn’t be played with, differentiated into categories."

In fact, when the older Tsarnaev brother requested a Russian visa last year, that country warned the US to investigate his possible link to what they — but not the US — consider to be Âterrorists.Â The FBI found no threat but DHS delayed his application for US citizenship. He returned to the US on his permanent resident ÂGreen Card.Â

Coleen Rowley, Chechen Terrorists and the Neocons, (http://consortiumnews.com/2013/04/19/chechen-terrorists-and-the-neocons)Â  has discovered a 2004 article in the Guardian UK (http://www.guardian.co.uk/world/2004/sep/08/usa.russia) which exposed an ÂAmerican Committee for Peace in Chechnya/CaucasusÂ composed of the same neocon warmongers whose rants and lies underlay the invasion of Iraq.

The committee openly urged support for the separatists as a weapon to weaken Russia and evidently influenced the US refusal to label the Chechen terrorists as Âterrorists.Â

Michael Munk is a former editor of the National Guardian newsweekly 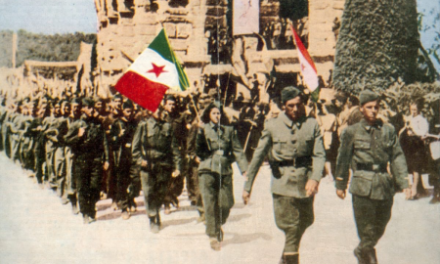 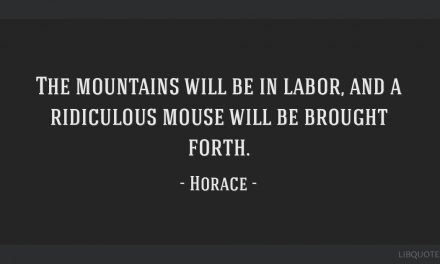