It’s hard to imagine a country that could compare to the US as the US compares to Cuba. The GDP of the US estimated for 2001 by the CIA was about $15 trillion. The comparable estimate for Cuba for 2010 was about $114 billion. The US GDP is thus about 131 times that of Cuba.


Imagine a country with a GDP of 131 times $15 trillion — almost $2 quadrillion — financing programs inside the US with the goal of regime change. It would provide administrative and organizational support, the ability to purchase significant politicians, and backing from the world’s mass media.

It would spread its largesse among Native Americans and other ethnic minorities; youth; Occupy Wall Street; assorted media and bloggers; trade unions; organizations for those without health care and retirees without pensions; the homeless and those who lost their homes due to the toxic mortgages; Left parties; artists and academics; and any and all potentially disaffected sectors.

It could even create phantom organizations, whose press releases would be obediently published around the world.

Yesterday, the blog Along the Malecon published the financing provided in 2010 by the National Endowment for Democracy (NED), as reflected in an official NED report of 2011, with the purpose of achieving regime change.

The money — $2,449,340 in all — went to cultural workers; minorities; a youth organization; self-declared trade unionists; media centers in Cuba as well as in Puerto Rico, Peru, and Europe; an evangelical Christian group; and a variety of "democracy-building" organizations. With an eye to bi-partisan support, it also funded Republican and Democratic institutes for their own programs.

The NED is only one source of US funds. The State Department has its own money to hand out as grants for regime change in Cuba, and so does USAID. Contributions in money or in kind from the CIA are not reported, and none of this counts the operational expenses of US agencies dedicated to enforcing the blockade, like the State, Treasury and Commerce departments, or the Pentagon.

At least three conclusions can be drawn from these facts:

1. Cubans have good cause to be concerned about security.

2. It is a wonder that regime-change operations in Cuba have not worked after more than a half-century of effort.

3. Any "dissident" in Cuba in search of external support, and who is not yet receiving US funds, is incompetent.

How the NED spent $2.4 million in Cuba funds

Kudos to the National Endowment for Democracy (NED) for publishing names of the recipients of its Cuba grants.

This isnÂt news. The list was included in the NEDÂs 2010 Annual Report, which was published in August 2011. But I just found out about it and wanted to pass it along.

Afro-Cuban Alliance, Inc.
$110,000
To continue the publication of the journal ÂIslas,Â which seeks to inform Cubans of African descent on the island and in exile about civil rights, the hidden history of racial discrimination in Cuba, the experience of civil rights movements, and tools to organize and bring about change. ACA will continue providing humanitarian assistance to a committee of individuals in Cuba that work to promote greater public discussion about the racial issues on the island.

AsociaciÃ³n Encuentro de la Cultura Cubana
$91,000
To promote a culture of democracy and uncensored dialogue among different actors in Cuba and in the Diaspora on culture, history, art, national reconciliation; encourage their participation in online discussions; and to diminish the isolation of independent Cuban activists. Encuentro will publish its journal and strengthen the virtual Cuban community.

Center for a Free Cuba
$55,000
To provide humanitarian assistance to political prisoners, their families, human rights activists, youth activists, lawyers, teachers, artists and victims of repression in Cuba. In addition to humanitarian assistance, the Center will provide independent, democratic activists with important material support that will permit them to carry out their work in a more effective manner.

Committee for Free Trade Unionism (CFTU)
$90,000
To promote inter-regional cooperation among labor unions in Latin America, Europe and the U.S. CFTU will continue to develop an international campaign to build support for independent unionists in Cuba. It will continue maintaining its website and producing a quarterly newsletter aimed at raising interest in labor and workerÂs rights issues in Cuba. Lastly, the Committee will contribute to efforts to forge a unified labor coalition between existing independent unions in Cuba.

Cuban Democratic Directorate (Directorio)
$175,000
To provide training to CubaÂs emerging pro-democracy youth movement. Directorio will help youth activists develop tools to more effectively communicate between themselves and the international community, and will help to facilitate links between the youth movement and traditional pro-democracy activists. Directorio will continue to produce radio programming aimed at breaking the information blockade faced by the citizens of Cuba.

Disidente Universal de Puerto Rico
$50,000
To provide a source of independent information to Cuba. Disidente will publish its monthly news digest, Disidente Universal, containing articles and editorials from activists in Cuba, exiled dissidents and international news organizations. Disidente will send copies of its publication to Cuba and other relevant policy and research centers throughout Latin America, the United States and Europe.

Evangelical Christian Humanitarian Outreach for Cuba (ECHOcuba)
$60,064
To strengthen women community leaders in four provinces in central and eastern Cuba. ECHOcuba will provide a select group of women leaders with training to coordinate a national network committed to democratic reform and development in their communities. At the end of the program, ECHOcuba will help network leaders organize a meeting between all project participants.

Grupo Internacional para la Responsabilidad Social Corporativa en Cuba (GIRSCC)
$200,000
To promote labor rights and defend CubaÂs independent labor movement. GIRSCC will provide independent labor activists in Cuba with technical and financial assistance in an effort to forge a more coordinated labor movement on the island. GIRSCC will also draw on its international board of directors to conduct a worldwide information dissemination campaign on the situation regarding labor rights in Cuba.

Instituto PolÃ­tico para la Libertad PerÃº (IPL)
$49,967
To provide youth in Cuba with training on use of the internet and social networking media. IPL will travel to Cuba to interact with youth contacts and provide them with training on democratic rights, access to information tools and international standards of freedom of expression.

International Republican Institute (IRI)
$800,000
To support Cuban civic participation by expanding opportunities for individuals to organize and rally support for important local issues and strengthening civil society capacity to respond to the top priorities of concern to Cuban citizens.

National Democratic Institute for International Affairs (NDI)
$325,000
To increase the capacity of Cuban independent civil society organizations through skills-building and train-the-trainer workshops and knowledge sharing trips to the island. NDI will also raise awareness about and support for Cuban democratic activists and political prisoners using new technologies, and provide organizational development assistance to a Europe-based nongovernmental organization to increase its capacity to implement projects in support of Cuban civil society.

People in Peril Association CVO (PIPA)
$40,000
To encourage critical thinking and the free exchange of ideas between youth in Cuba; to enhance knowledge on the functioning of open and democratic societies and free markets; and to strengthen the teaching skills of independent Cuban educators. PIPA will hold training workshops for independent educators, help establish youth debate clubs, and organize a presentation on democratic transitions in Central and Eastern Europe.

Tracey Eaton, Along the Malecon blog 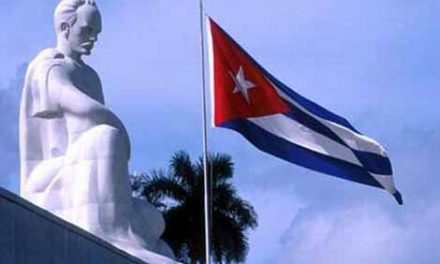